Last week the United States and Australia announced an agreement which would result in asylum seekers being exchanged between the two Countries.

Under the plan, U.S. officials and Australian officials intend to send up to 200 refugees to each other annually.

Both countries already try to detain asylum seekers offshore for processing before entry; The U.S. has a refugee camp at Guantanamo Bay, while Australia maintains several offshore processing camps in the South Pacific, referred to by the government as the "Pacific Solution" policy.

The two governments described the refugee exchange as an attempt to discourage would-be refugees by denying them the opportunity to reach their destination of choice. Australia's Prime Minister, John Howard, said that the new policy would reduce human trafficking, "The thing that discourages people from people smuggling is the fact that we make it very plain that people will not be allowed to reach the Australian mainland."

Even before being denounced as illegal, the policy was already being criticized as likely to backfire. Many migrants would welcome the opportunity to go to either country, and many in the region around Australia might actually be encouraged to apply for asylum if there was a possibility of gaining entry to the United States.

The first intended exchange would have sent 83 Sri Lankans and eight Burmese to the U.S., while a similar number of Cubans and Haitians detained while attempting entry to the U.S. would have ended up in Australia.

The scheme has been heavily critized with some people describing it as being bizarre. It seems to ignore the fact that most migrants attempting illegal entry to either country do so for economic reasons. In this respect both Countries are attractive destinations for potential refugees.

Those people who are true asylum seekers and who would qualify for refugee status would, likewise be quite happy to end up in either country under most circumstances. Critics in Australia even suggested it might result in a large increase in asylum seekers hopeful of gaining entry to the U.S.

Neither country has announced an intention to cancel the program. However, both Countries now face at least one, if not several, legal challenges to the program.

First of all, it would only apply to people who actually qualify for and obtain refugee status. Theoretically, both governments would filter out false claims long before individuals might actually be involved in such an exchange.

So, the actual exchange would likely result in additional hardships for people already displaced.

"The United States and Australia have signed a deal that bargains with lives and flouts international law."

"The only conceivable reason for this 'refugee swap' is to deter future asylum seekers from trying to reach the United States or Australia by boat," said Frelick.

"Yet international refugee protection principles hold that detention and similar measures should never be used solely as a deterrent to other would-be refugees."

The U.S. and Australia are both signatories to a number of international treaties and United Nations conventions that expressly forbid using refugees to achieve political goals. Accepting human beings as genuine refugees requires obligations on the part of the government that grants them such status.

Sending persons with refugee status to another country without their consent could arguably be considered deportation without cause. 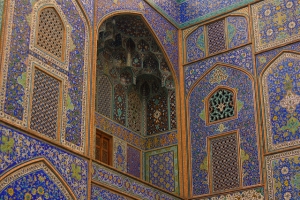 Comments (0)
Tony Abbott, the Australian Prime Minister, has said that Iran should take back its citizens who have been unsuccessful in securing refugee status in Australia. Abbott confirmed that he would be...