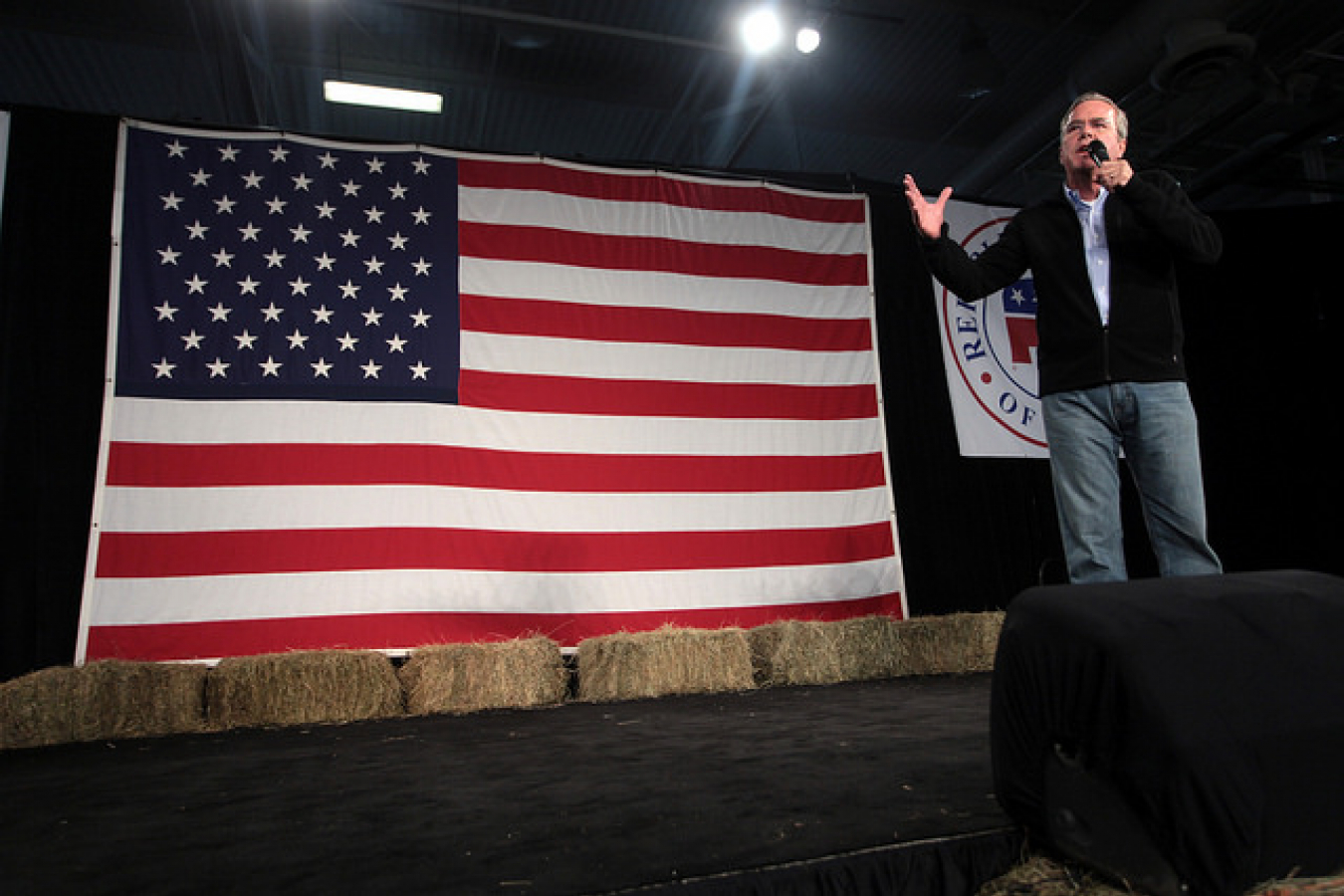 To gain passage during this midterm election year, Bush must win over many in his own party who are opposed to provisions he demands besides stepped-up border enforcement. Those provisions include providing a path to citizenship for many illegal immigrants and allowing additional work visas for foreigners. Stronger enforcement against employers who hire illegals is also creating friction between sides.

The president has taken several tacks in recent weeks to bring around recalcitrant lawmakers, including repeated emphasis on his seriousness about tightening the border with more manpower and equipment and imposing stiffer penalties on businesses that hire illegal immigrants.Aware that lawmakers are hearing from constituents alarmed by the added burden immigration sometimes places on police, schools and hospitals, Bush touted the importance of assimilation - immigrants' adoption of American culture.

He chose to do so in a heartland state where the rising Hispanic population is creating frustration, and influencing political races.

Bush visited a community center that offers English and other classes along with business startup help. He also announced he was creating a new task force to encourage such efforts around the country and an Office of Citizenship within the Department of Homeland Security to promote the responsibilities and rights of American citizens.

"One aspect of making sure we have an immigration system that works, that's orderly and fair, is to actively reach out and help people assimilate into our country," Bush said in a speech at a local community college. "That means to learn the values and history and language of America."

The president may have undermined that message somewhat while at the Juan Diego Center, as he joined in a class preparing students for their U.S. citizenship tests. Though the instructor addressed students in English, Bush mostly chose their native Spanish to greet and quiz them. When the students couldn't answer his question - how many father-son duos have served as president - Bush explained in Spanish that there have been two, the Bushes and "Juan Adams y su hijo Juan Q."

In Nebraska, immigrants are filling jobs at meatpacking plants and in the farm fields. Their increased presence was a factor in the May 9 Republican governor's primary in this solidly GOP state and is expected to figure in Democratic Sen. Ben Nelson's re-election race against Republican challenger Pete Ricketts.

Nelson opposes Bush's ideas, which largely track with a bill recently passed in the Senate that contains a guest worker program and a shot at citizenship for illegal immigrants along with increased border security. Nelson prefers the approach adopted last year in a radically different House bill, which is generally limited to enhanced border enforcement and hard-line measures such as making all illegal immigrants felons.Nelson said he doubts that House and Senate negotiators - who have yet to begin meeting - will be able to bridge the divide and craft compromise legislation. "The Nebraskans I know and talk to want to secure the border first," he said.Nelson's Senate colleague, Republican Chuck Hagel, is an outspoken supporter of the Senate measure. At the event with Bush, he earned the president's praise.

With business groups who want a steady supply of cheap labor, the driving force behind a temporary worker program, Bush noted the support of Nebraska's hospitality and agricultural industries. He also countered pessimistic sentiments like Nelson's."I know you probably look at Washington and think it's impossible to develop a consensus in Washington, D.C. It probably seems that way, doesn't it, when you pay attention to all the sharp elbows being thrown and, you know, the people opinionating and screaming and hollering and calling each other names," the president said. "But there is a consensus emerging on this issue."