A new study by the Public Policy Institute of California (PPIC), authored by Deborah Reed and Hans Johnson, suggests that in the future, California will not have enough skilled workers to meet the demand of its economy. Home to Silicon Valley, California has long been known for a concentration of high-technology industries in the United States.

By 2020, it is projected that only 33% of the state's workforce will have university degrees, but 39% of the jobs will require a university graduate.

<$adv0> Reed and Johnson say that - in addition to educating its citizens better - California must attract "unprecedented numbers" of foreign-born university students and students from other U.S. states. Unfortunately, their study showed that it was unlikely that a substantial number of students would migrate to California from other states, due to high costs of housing.

The report says that to mitigate the shortage in skilled workers, California will need to depend on immigration from other countries, in addition to inter-state migration. Fortunately, university graduates from abroad were increasing ... although not enough to fill shortages:

Different methods of analysis give slightly different results, but California outranks most countries in many categories. With an annual gross product of over 1.5 trillion U.S. dollars, it is the worlds fifth largest producer of food, which accounts for only 2% of its annual gross product. If California were an independent country, it would either be the tenth (CIA estimate) or the sixth (California government estimate) largest economy in the world.

The most important growth industries projected to need skilled workers are the education and health sectors, followed by professional services such as legal, engineering, and computer services.

The manufacturing industry, which employs the lowest percentage of university graduates at 30%, is expected to decline from 10.8% of all jobs to 8%.

In light of these projections, it is expected that 41% of all jobs will require a university degree by 2025. As a result, wages are expected to increase to compensate for the need, and California could turn into an even brighter destination for migrants.

California is the most popular destination for international migrants to the United States. Beginning in the 1970's, a large wave of immigration to California began, which intensified considerably in the 1980's and through to the present time. According to the study, in 1970, only 9% of Californians were foreign-born; today, an estimated 30% were born outside of the U.S.

Recent debates over a new bill in Congress containing a provision for a points-based system based on qualifications may change that. However, the idea seems to be meeting resistance by some legislators and lobbying groups.

In its conclusion, the study states that California needs to place importance on educating its citizens, attracting more immigrants from abroad, and hoping that housing prices decline and wages rise to attract university educated Americans from other states.

Reed and Johnson say that "doing so now may be particularly advantageous and can lead to better economic opportunities for Californians and possibly better outcomes for the state." 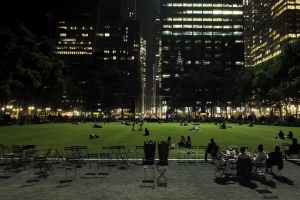 Comments (0)
Vivek Wadhwa, writing for the Washington Post, says the United States is experiencing its first ever brain drain and should do more to encourage skilled immigration. "In 1980, when I came to the...