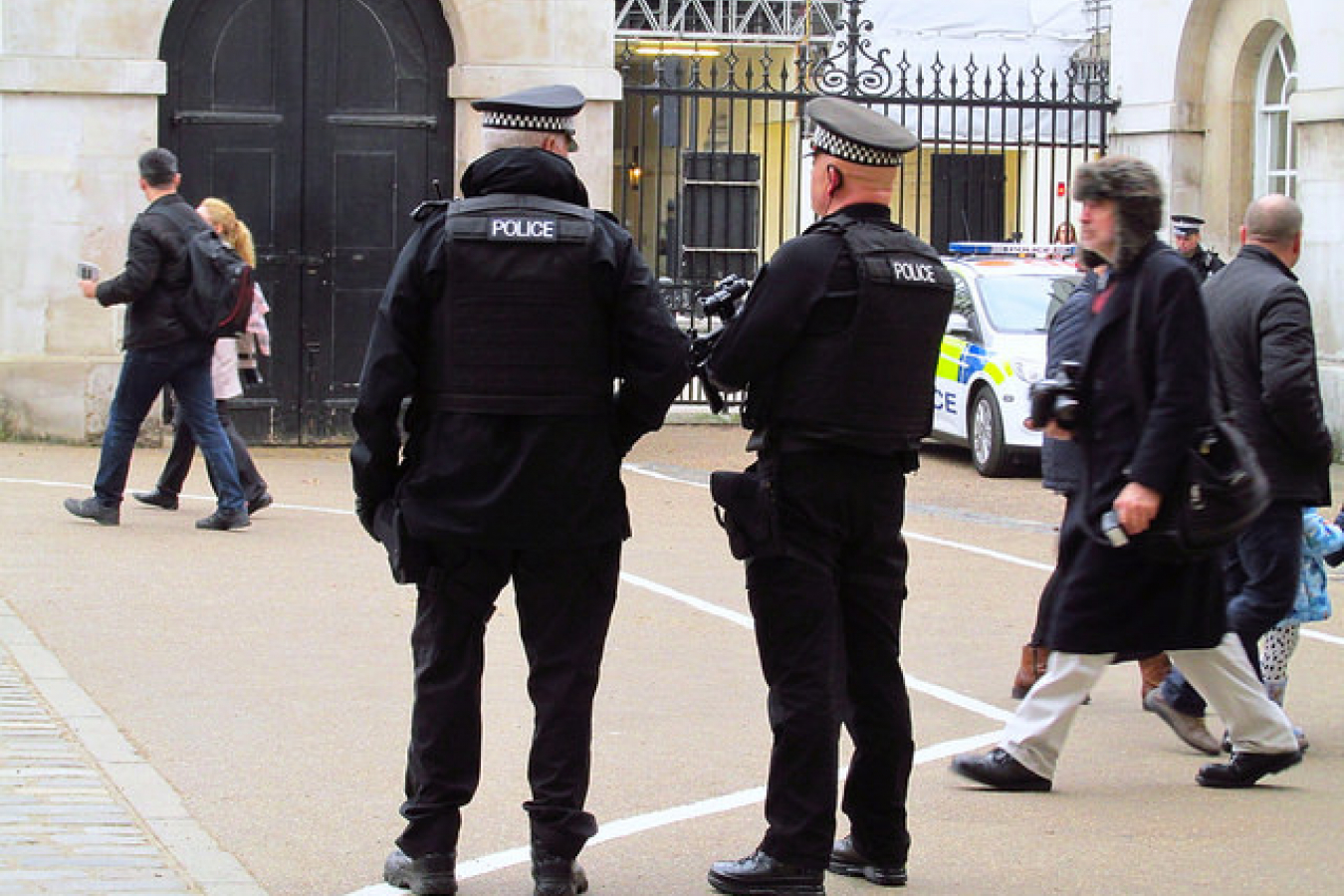 The advocacy organization, Strangers Into Citizens, held a gathering in a rainy Trafalgar Square, London on Monday to try to garner support for many of the illegal immigrants currently in the United Kingdom. The rally was addressed by Jack Dromey, a senior official with the TGWU union and also a former Labour Party treasurer.

"These are decent men and women, these undocumented workers, 340,000 in London alone, it would be impractical and immoral for any government to pretend that you can hunt down and deport them," he told the rally.

<$adv0> The campaign has been launched by a broad range of Christian churches, based on the premise that illegal immigrants working in Britain should be given permission to remain "on humanitarian, economic, fiscal and administrative grounds."

The Home Office estimates there may be as many as 500,000 such people in the UK. Strangers Into Citizens estimates that approximately 300,000 would be eligible under their current proposals.

Other estimates range up to 800,000, with the advocacy group Migration Watch claiming there are over one million. The higher numbers possibly reflect the total numbers of illegal immigrants in Britain, but the lower numbers probably reflect the actual number who might qualify under the proposals.

The proposals put forward by the campaign would be give indefinite leave to remain at the end of a two-year period, subject to criteria such as an English language test, a clean criminal record and valid references from an employer and community sponsor for those qualifying for a work permit.

The idea is to identify those who are already contributing members to the labor force and give them an opportunity to demonstrate they present no dangers, economically or otherwise, to British society.

Jon Cruddas, the only back-bench MP seeking to replace John Prescott when he steps down next month, turned out in heavy rain to support the movement.

Mr. Cruddas has tabled a House of Commons motion supporting the Strangers into Citizens campaign, estimating that "regularisation of certain groups of migrant workers could raise £1 billion in taxes." His motion has been endorsed by 30 Labour MPs.

Currently, legal migrants comprise 8.7% of the population, but contribute 10.2% of all taxes. Accepting eligible illegal workers into the labor force is expected to follow the same trend.

Strangers Into Citizens is proposing a two-year work permit, without access to benefits, for "irregular" migrants - those who have been refused asylum or have overstayed their visa - and who have been in the country for four years or more.

Austin Ivereigh, the coordinator of the campaign, said: "We are not calling for a general 'amnesty' but a six-year pathway to citizenship for long-term migrants."

Supporters and organizers describe the effort as a one-off "regularisation" for failed asylum-seekers and visa overstayers who have been in the UK for more than four years. They are careful to point out that there is no intention or desire to grant a blanket amnesty for all illegal immigrants.

Opposition voices, namely Migration Watch, were quick to distort the message, painting visions of "more than one million" illegal immigrants being granted "amnesty."

Immigration minister Liam Byrne maintained that the plans would put "too much pressure" on local services and "severely damage" the UK, an official position the government has held for well over a year. With a virtual sea change in the government through last week's elections, that hard-line stance may be breaking in the very near future.

Sir Andrew Green, Chairman of Migration Watch UK, penned an article in which he claims "An amnesty will be pointless if those who are legalized are simply replaced." This is in line with the strong rhetoric issuing from that organization for several years. He claims that 76% of Britons oppose an "amnesty," and paints an intimidating image of hordes of illegals waiting to cross into the UK from Spain and France.

Ten days ago a survey conducted by ORB for Strangers Into Citizens found that 66% of Britons are in favor of allowing people in the UK refused asylum and those who had overstayed their visas, if they worked and paid taxes.

Other countries in the European Union, including Germany, Italy and Spain, have carried out such naturalization programs and seen a marked boost to their economies. It can be argued that a portion of the current strength of the British economy already is attributed, in part, to the illegal labor force.

Blanket Deportation Not the Answer

The regularization of law-abiding, tax paying residents is not a stand-alone proposal. The government is cracking down hard on human traffickers and businesses that hire undocumented workers. There is strong support to continue those enforcement activities.

What the regularization movement is emphasizing is the tax base increase of adding productive members of society into the legalized and documented labor force. There is the added benefit of the cost saving by not perusing deportation of several hundred thousand people. Efforts and resources can be focused on removing the most undesirable that are a true burden to the system.

Just about one year ago the best estimates were that between 310,000 and 570,000 unauthorized migrants were in Britain. It was thought then, and is now also, that a minimum of £1 billion in tax revenue is not being paid by employers for their illegal workers (Institute for Public Policy Research (IPPR)).

Based on one year old numbers, the estimate was that £4.7 billion would be needed to deport all illegal residents. Today the figure would be even higher.

By regularizing the most eligible, the enforcement effort on the remainder can be reduced by at least half, perhaps even by as much as three quarters or more. Currently, the Home Office repatriates up to 25,000 illegal immigrants a year, and has openly admitted it does not have the resources to remove all illegals in the country.

And, there is the humanitarian argument, also.

The Archbishop of Westminster, Cardinal Murphy-O'Connor, addressed the rally on Monday, saying: "Our government and the governments all over the world must treat migrant workers with justice and with dignity."

Many of these people have worked the hardest, most undignified jobs the United Kingdom. They are exploited by their employers who gain unfair competitive advantages over law-abiding businesses. They are illegally paid under the minimum wages, and they live in fear each day of being deported. Employers can decide not to pay them for work done, and they have no recourse.

They cannot access the health care system legally, or any services, even when many have paid taxes for years. Most cannot even report crimes against themselves.

They are not doing this because it is a lifestyle they desire. They do it because their lives in their home countries are so much worse.

• Mayor of London takes the side of HSMP holders