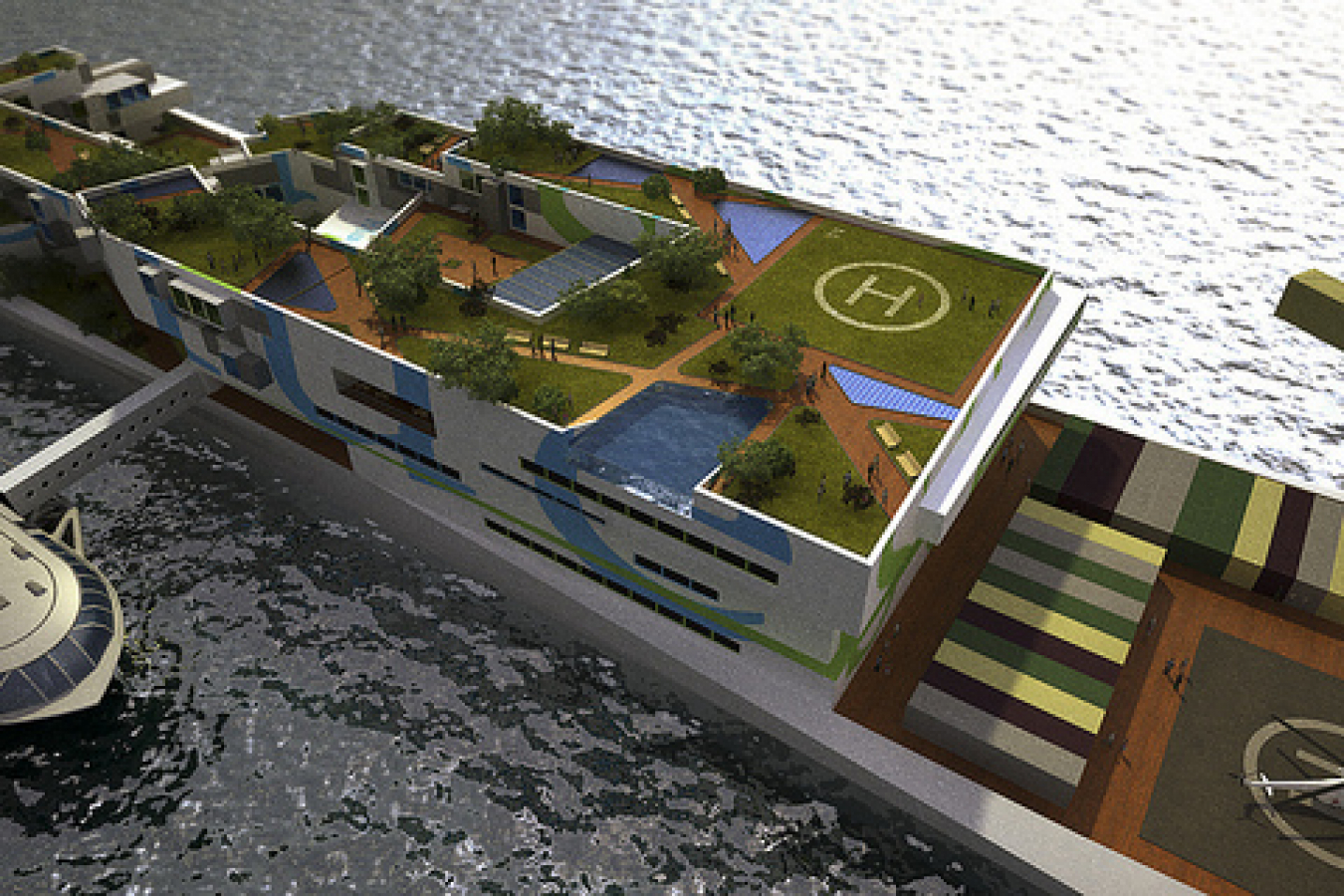 A tech startup company, Blueseed, has raised seed finance to carry out research into the possibility of setting up a floating tech company incubator in international waters off the Pacific Coast of the USA. The company plans that the ship should float twelve miles off San Francisco. This would be close enough to Silicon Valley for it to have contact with the tech community there but far enough out to sea for tech graduates around the world to be able to work there without falling foul of the US immigration authorities.

Blueseed has already raised $300,000; received from respected Silicon Valley investor Mike Maples. It is seeking a further $400,000 to carry out feasibility studies and to undertake research into the legal and practical difficulties such a project might face. Research will be conducted to find out what would be the best sort of ship to use and legal advice sought about the likely response of the US immigration authorities to this new venture clearly designed to get round US immigration laws. If the response is encouraging, Blueseed will seek to raise another $10m to $30m to get the project up and running.

The rationale behind the scheme is this; Silicon Valley is the centre of the global tech industry. Almost all IT entrepreneurs want to work there but very few can because US immigration laws prevent them from doing so.

US visa system does not let entrepreneurs in

Max Marty, one of the directors of Blueseed said 'Right now, the US visa immigration system does not allow for entrepreneurs to come here (the US) and test their ideas and to create…perhaps the next facebook of tomorrow, because the system was designed for a bygone era, an era that was dominated by large companies looking to bring in personnel, not an era dominated by the sort of economic growth we see today.'

Mr Marty said that, when Blueseed is up and floating, entrepreneurs will be able to join the ship from all over the world. It will be an incubator for high tech business start-ups. Once the companies have established themselves and have a turnover of $5-$10m per annum, they will leave the ship and set up in Silicon Valley, Mr Marty said.

The plan is that the ship should be able to house 1,000 people and contain offices, shops and living quarters.

US tech industry calling for reform

The US tech industry has been calling for reform of the US economic migration system for some years but any proposals to reform the US immigration system always seem to come to nothing.

In 2012, several proposals to increase the number of visas for highly skilled graduates came before Congress but none has become law. In September 2012, Republican Lamar Smith introduced the STEM Jobs Act in the House of Representatives. The bill would have seen an extra 55,000 green cards (permanent resident permits) granted to graduates in the STEM subjects; science, technology, engineering and mathematics. The bill was passed by the lower chamber of Congress, The House of Representatives, which was controlled by the Republicans but voted down by the upper chamber, the Senate, which was controlled by the Democrats. Democrats were unhappy that Mr Smith's bill would have closed down the green card lottery which issues 55,000 green cards each year to citizens of countries which have historically had low levels of emigration to the US.

Also in 2012, Democratic Representative Zoe Lofgren introduced the Attracting the Brightest and the Best Act in the House but this was voted down by Republicans. This would have seen about 50,000 more temporary work visas, perhaps H-1B visas, granted to tech graduates.

Democrat Senator Chuck Schumer proposed the BRAINS (Benefits to Research and American Innovation through Nationality Status) Act. None of them became law.

In August last year, New York Mayor Michael Bloomberg and newspaper magnate Rupert Murdoch launched a bipartisan campaign for immigration reform. Murdoch gave a speech calling for every STEM graduate to 'have a green card stapled to [their] diploma' on graduation.

Nothing has been done yet. President Obama has promised to reform US immigration in 2013. If he fails to do so, perhaps the Blueseed will soon be floating in the Pacific Ocean off San Francisco.

Alex Hern, a journalist at UK magazine The New Statesman, wrote in his blog 'People are considering building a ship, charging for accommodation, floating it in international waters and then offering ferries to the mainland all to provide some access to the support networks to entrepreneurs that Silicon Valley offers. If the US offered them visas, it would get all that hard work - and tax revenue too. If the west could just have a sane attitude to immigration, ideas like this wouldn't hold water'.