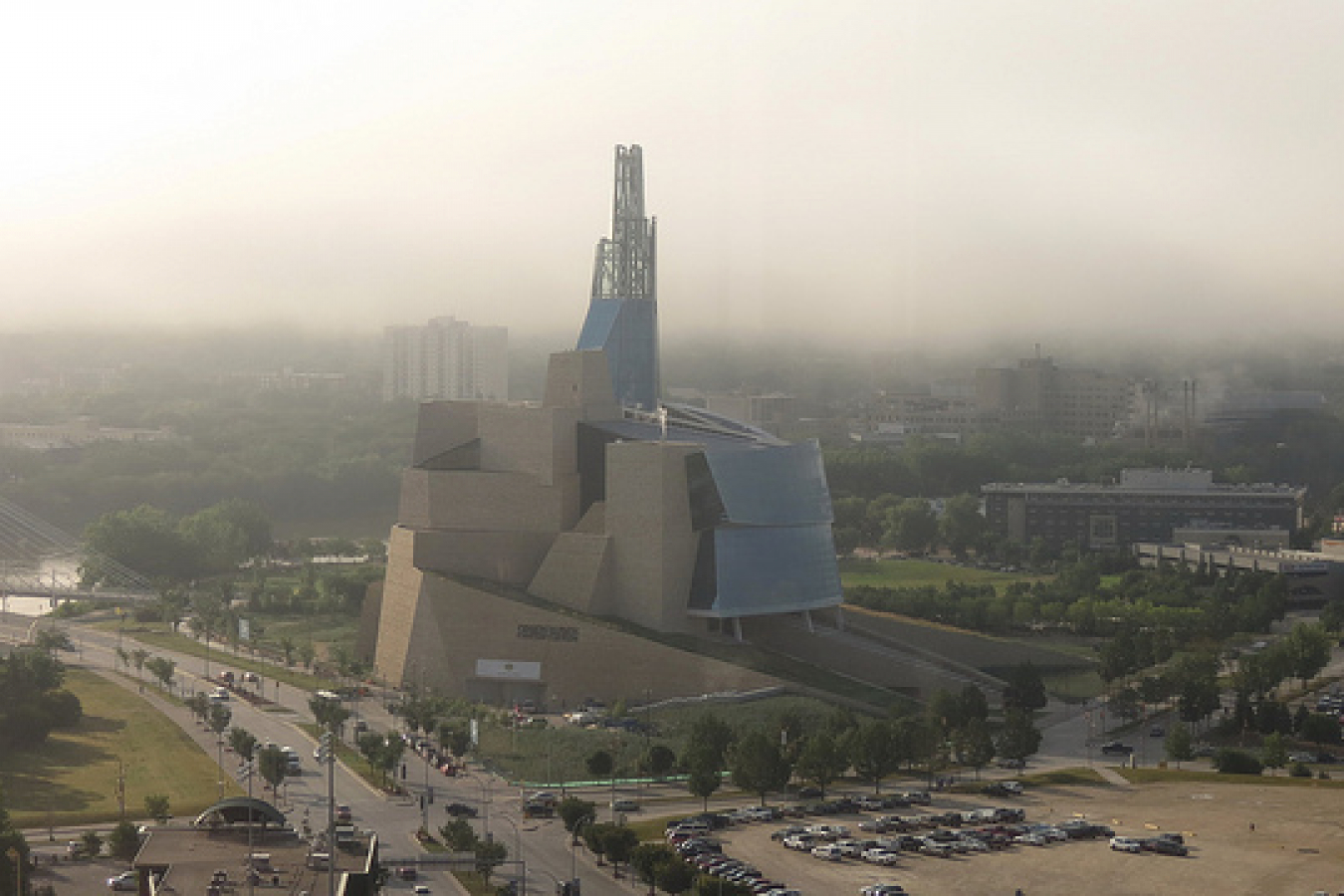 Immigrants to Canada frequently comment that the country is very peaceful -- especially compared to their home countries. A total of 82 people from 30 countries, from El Salvador to Ethiopia to China, were sworn in as citizens on 17 Oct. in a ceremony that marked the start of Citizenship Week.

"It's a great country to live in," said Aji Awid, 24, who came to Canada three years ago from Lebanon. "You feel the peace here."

Pennymichael Atta-Mensah, 35, who is from Ghana, decided to become a Canadian after attending a peacekeeping course in Nova Scotia as a member of Ghana's military in 1999.

"I like the calmness of Canada. Everybody is so friendly," he said.

The new citizens and their friends and relatives who packed the citizenship courtroom in Canada Place chatted in a myriad of accents and took digital pictures of each other by the Canadian flag as they awaited chief citizenship court Judge Michel Simard. Someone hummed O Canada.

For some of the people, becoming a citizen was a long-delayed step they could have taken years ago.

"It doesn't pay to rush things -- Rome wasn't built in a day," he joked, a Yorkshire accent evident in his speech. "But to be perfectly honest, I don't feel that much different -- I've been here so long."

Michael Batac, from the Philippines, was sworn in along with his wife Julienne and his son Jason. His daughter, Julia, was already a citizen because she was born here.

Batac decided to give Canada a try because he already had relatives here.

Simard told the new citizens that they "have been forced to walk a long, difficult road, but we are glad the road has led to us." He encouraged the new citizens to get to know their neighbours, especially older people who can provide perspective on how Canada has evolved.