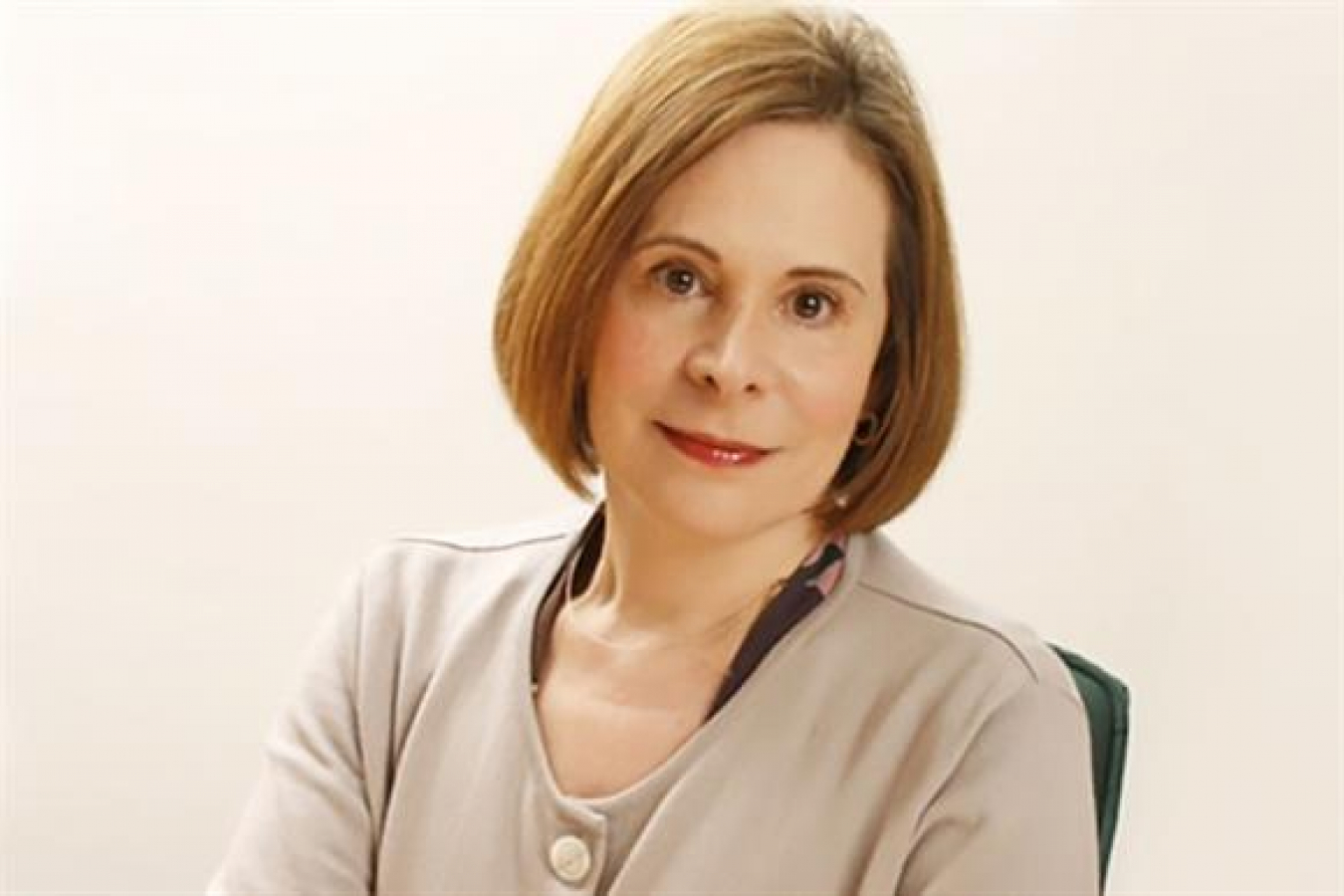 Suzanne McCarthy recently appointed Chairman of the Joint Audit Panel, Mayor's Office of Policing and Crime and Metropolitan Police Service was previously head of the scandal hit OISC (The Office of the Immigration Services Commissioner) that operated a system that encouraged criminal fraud and corruption. workpermit.com understands that the OISC was very dependent on fraudsters for information. These are surely the types of people who are more likely to be involved in people trafficking.

Complaints made to the OISC about these fraudsters and complaints about serious misconduct and dishonesty by OISC staff were routinely ignored or mysteriously “lost”.  This is obviously to avoid causing embarrassment to the OISC. It is very worrying that actions by the OISC have resulted in criminals getting away with serious crime.

There are other serious allegations of misconduct against the OISC.  There is evidence that the OISC itself has sent out falsified and fraudulent documentation and has been trying to prevent freedom of speech in breach of human rights law.  It is particularly worrying that a crypto Government Agency should attack freedom of speech especially so after the terrorist attacks against the offices of Charlie Hebdo a satirical weekly newspaper in Paris on 7 January 2015 exactly two years ago.

Does no one want the job of Commissioner of the OISC – Office of the Immigration Services Commissioner?

It seems odd that after Suzanne McCarthy left the OISC as Commissioner in September 2015 she was never replaced    We understand that Dr Ian Leigh the Deputy Commissioner is still the interim head of the OISC.   Perhaps no one at a suitable level wants the job of Commissioner of the OISC.

The OISC (The Office of the Immigration Services Commissioner) was established to regulate immigration advice and services, and improve the standard of immigration advice and services.   There have been numerous serious problems at the OISC.   These problems have not been properly investigated and have simply been “brushed under the carpet”.   While many people in the UK visa sector do not need to work with the OISC this remains a serious problem.

There is currently the curiously named OISC Audit and Risk Assurance Committee.  This is apparently an independent committee.  However according to the terms of reference …The Commissioner has the power to terminate the appointment of all, or any, of the Committee Members with or without notice to them….  So there we have it.  The Commissioner can sack anyone on the committee at will who the commissioner disagrees with.

Despite serious failings at the OISC, Suzanne McCarthy has numerous regulatory positions

Despite Suzanne McCarthy having run an organisation, the OISC for about ten years, which somewhat bizarrely appears to reward fraud and corruption she has been appointed to a number of regulatory positions since she left the OISC   We very much hope that there is no conflict of  interest with Ms McCarthy having so many different positions in such a wide range of different organisations.   Not only is she Chairman of the Joint Audit Panel, Mayor's Office of Policing and Crime  according to her Linkedin profile apparently Ms McCarthy also holds the following positions:

The statement made in Ms McCarthy’s Linkedin profile about her time at the OISC is highly misleading and states the following …Suzanne revitalised the OISC by implementing an innovative high-level strategy…   The truth is that the OISC has created an environment where there is a shockingly high level of fraud and corruption.   In addition there are a number of extremely serious allegations of dishonesty against OISC staff that have never been properly investigated.

Since 2000 when the OISC was established the situation has become worse and worse.   The OISC has a long history of being used and manipulated by fraudsters who are also registered as immigration advisers by the OISC.   During the time that Ms McCarthy was Commissioner from 2005 to 2015 there were numerous cases of shocking abuses of power by the OISC.

OISC Unaccountable and Out of Control

The OISC is largely unaccountable.   There is no proper complaints procedure.  If you complain about the OISC then complaints are ignored or “lost” or if you are lucky you will receive a response that seeks to avoid apportioning blame to anyone at the OISC.  The OISC website is designed in such a way as to make it difficult if not impossible to find out how to complain about the OISC.

The independent Chief Inspector of Immigration David Bolt apparently has no jurisdiction over the OISC.   There is no organisation it seems whose responsibility is to regulate the OISC.  The question has to be asked “who regulates the regulator”?   It seems no one does.  The OISC is free to act in an undemocratic and unjust way, simply ignoring what should be basic standards of conduct when dealing with people. Could the Parliamentary Home Affairs Select Committee accept the task of investigating the OISC.  We hope so. There seems to be no one else we can think of.

Immigrants having to leave the UK because of OISC

The Government as we all know is trying desperately to reduce immigration to the UK.   It is therefore of great concern to see that the OISC website has become part of the Home Office website.  The OISC boasts on their site that they are “sponsored by the Home Office”.   What is the OISC being “sponsored” to do we wonder?   Is the OISC being sponsored so that they can reduce immigration in the UK?  Well it seems so.   We know that the OISC have provided information to the Home Office that has resulted in a number of immigrants having to leave the Country.  This further reduces the credibility of the OISC and surely only serves to bring the organisation into disrepute.

It is therefore not safe for immigrants to contact the OISC and provide information to them.   This information may very well be passed onto the Home Office and then people may have to leave the Country.

Conspiracy of Silence preventing proper investigation of misconduct by OISC

In the Jimmy Saville case there was historic sex abuse going back many, many years.  According to an independent report more than a hundred BBC staff including a number of well known personalities knew about rumours relating to the paedophile activities of Jimmy Saville.  It seems that nothing was done.  While the situation at the OISC is not as serious as what happened in the Jimmy Saville case this is an example of what happens when people try and hide the truth.  It is human nature, however misguided, to cover up for your friends and colleagues.  At the OISC serious misconduct has been tolerated for many years.   A full and thorough independent investigation needs to be conducted into the OISC.

UKBA closed down for poor performance yet OISC still continues

When the UKBA United Kingdom Border Agency was closed down the Home Secretary now Prime Minister Theresa May had the following to say.  The UKBA was "a troubled organisation … its performance was not good enough".. "UKBA was given agency status in order to keep its work at an arm's length from ministers. That was wrong," . "It created a closed, secretive and defensive culture."   The same could be said about the OISC.  However, the OISC has not been closed down.

Continuing abuses of power by OISC

In 1887 Lord Acton the historian and moralist included the following in a letter.

Those who have worked closely with the OISC cannot fail but to be concerned about the unethical and immoral conduct of the OISC much of the time.  Self regulation by the OISC has turned out to be a huge disappointment.  It seems since the OISC was established in 2000 there have been numerous cases of abuses of power and misconduct at the OISC. Truly independent oversight of the OISC is desperately needed.

Suzanne McCarthy former Commissioner of the OISC boasts in her Linkedin profile that she was named in the Female FTSE 100 Women to Watch lists 2014 and 2015 by Cranfield University.  Yes, we can certainly agree with that.  We need to “watch” what happens at other organisations that Ms McCarthy works with to make sure that these organisations do not have similar problems to the OISC. 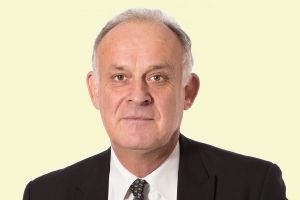 Comments (0)
By Sanwar Ali The OISC Office of the Immigration Services Commissioner is failing in its duties as a Regulator when it comes to treatment of minority groups. Recently a High Court Judge has made an...