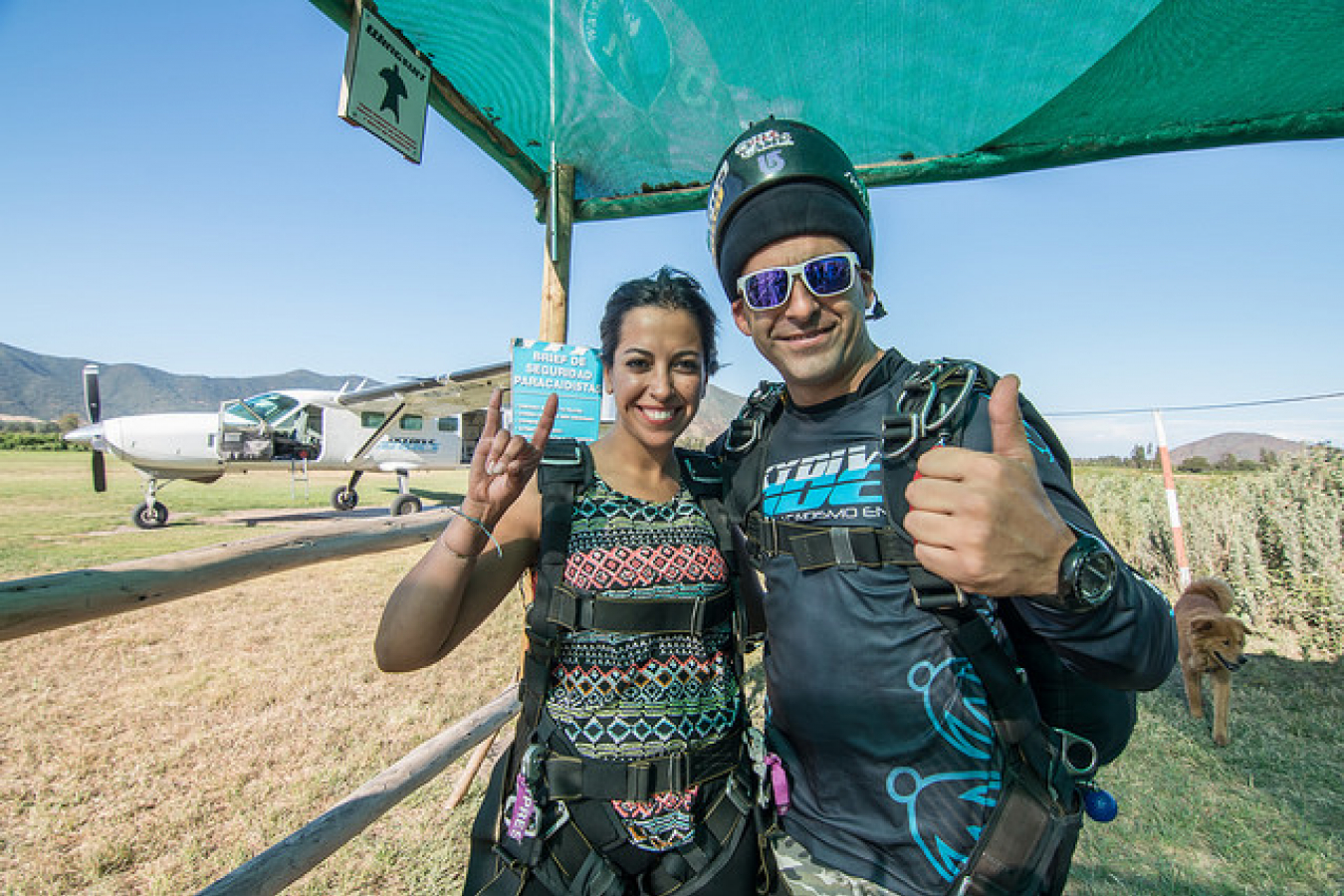 This opinion piece comes from politicalcortex.com. Please note that this does not necessarily reflect the views of workpermit.com.

This week the Congress will take up, the "Border Protection, Antiterrorism, and Illegal Immigration Control Act of 2005" (HR 4437). The bill, introduced by House Judiciary Committee Chairman James Sensenbrenner (R-WI) passed through the Judiciary Committee on Dec. 8th with a party-line vote of 23-to-15.

Containing some of the most sweeping changes to US immigration policy in years, the bill has been opposed by the ACLU, Human Rights Watch and numerous other organizations. One of the key provisions of the bill is the creation of a new federal crime of ""illegal presence" which has been broadly defined as "any violation, even technical, of an immigration law or regulation". As drafted, the bill also classifies this new crime as an "aggravated felony", a federal crime, for immigration purposes. In essence, the bill makes millions of undocumented immigrants already in this country into felons, leaving them subject to treatment as such.

While there are many who will argue that breaking the immigration laws of this country is a criminal act and those who do so should be treated as such, perhaps we need to examine just who some of these soon to be felons might be.

Back in the mid-eighties I was working as a night manager at a popular club out on Long Island. Along with overseeing the bar, booking bands and running the dining room, one of my duties was to train the new hires. One afternoon when I came in, I was informed that a new busboy would be starting that night and I needed to show him around and see if I could get him up to speed for the upcoming weekend. "Speak English?" I asked, "No, not really," the owner replied. I told him I'd see what I could do.

From the moment I first saw Raul, I knew there was something different about him. First of all, he was at least ten years older than the average busboys we hired. In his early thirties, with round, black glasses that look like those of Harry Potter, there was an air of seriousness to the man. As soon as he opened his mouth, it became obvious to me he was different; this was a man with a serious education.

While I spoke in my best restaurant Spanglish, he answered back in a form of Spanish I had heard before, years earlier in Miami. It was a formal, more "polite" style of speaking that flowed eloquently from the tongue and had a near musical cadence to it. It was the language I had heard from the Cuban refugees who had come to this country in the first wave of immigration. It was the language of men of means, from "good" families, who had gone to the best schools and lived the lives of gentry before Fidel and the revolution. As he spoke, it became evident that he was an unusual candidate for the job at hand. As the coversation went on, I became more self conscious of my own limited linguistic skills, suddenly aware of all the crudeness and slang in the Spanish I had picked up in the dishrooms and busrooms of restaurants I had worked in for years.

It turned out that he had been a professor of mathematics at the University of Santiago in Chile prior to coming here to pick up empty beer glasses and sweep up the cigarette butts of spoiled suburban kids with too much money and time on their hands. When Pinochet began to really crack down in the early eighties, one of the first places he unleashed his death squads was the University system, with it's liberal thought and activism. Raul had tried numerous times to get to the US legally, but at that time getting Visas out of Chile was becoming next to impossible. Finally, as things became more dangerous, he had no choice. He could leave his family behind, sneak into the US and send them money to hopefully join him one day, or he could stay to leave his wife to someday dance the "cueca solo" like so many other Chilean women whose husbands disappeared in the killing fields of Pinochet's regime.

He quickly learned English and tried to keep his mind active despite the tedium of the job. It wasn't long before he learned to cook in order to make more money. During the off-hours before the rush he would sometimes read or discuss politics, but more often he would work on long equations, scribbling frantically as his mind raced, jotting down numbers and symbols that to my eye always looked like something from a movie about a mad professor or some other such mathematical wizard.

At one point a fellow manager, who had emigrated from France and knew his way around US immigration laws, and I convinced the owner to try to see if we could "sponsor" Raul and get him on the road to legalization. After months of filling out forms and working through the maze of immigration rules and regulations, we hit a brick wall. In order for Raul to continue in the process, he would need to go back to Chile for a period of time and then could re-enter the US legally. Going back to Chile was out of the question, not only would it put his life in jeopardy, but also the lives of those he had left behind. For now they were better off receiving the "remittances" he sent on a regular basis and praying that some day they could be reunited.

One for the great ironies of this story is that both Raul and I are both "second generation" immigrants. His grandfather had left Italy to make a better life in Chile just about the same time as my grandfather had left Copenhagen. In fact my grandfather first disembarked in the new world not at Ellis Island as so many others did, but instead in Buenos Aries. He thought it would be romantic to engage the life of a gaucho on the pampas. After a few years of backbreaking work, with little to show for it, the romance wore off, and he headed for America to ply his given trade as a baker. Often, I would think about how our lives would have been different if our forbearers had made different choices standing on the docks of their respective countries trying to figure out what would be the best decision for their futures.

After a few years, Raul moved on. He went to the hotels and received a formal training in the "culinary arts". Eventually he managed to bring his wife and children into the country. All along though, he lived in the shadows. No driver's license, bank account, credit cards, or insurance, all things "we" take for granted. Always living in fear, fear that he might be discovered, fear that the landlord could at any time kick him out, fear that a boss could just fire him on a whim, fear that he or his children might get sick and he would need to pay "out of pocket". Most of all he feared getting caught, that one day a letter, a call, or worse an immigration agent, would inform him that his time in the US was going to come to an end.

Over the years, we stayed in touch. As I moved from one job to the next we would often passed each other, me starting somewhere not long after he had just left and visa versa. Eventually I was lucky enough to opened my own restaurant, and one of my first thoughts was, "I wonder if Raul is looking for work".

When I called him to see if he wanted to come and work with an old friend, the first thing he told me after saying yes was that now I could actually hire him legally. He had finally gotten his green card. "Congratulations, how'd that happen," I asked. "I won an immigration lottery" he told me.

An immigration lottery.... think about that for a minute. Every year the immigration service draws a lottery and gives 50,000 immigrants and their families green cards. Not based upon need, talent, merit or circumstances, but based upon pure chance. Every year, perhaps a million people with no other way of achieving legal status put all their hopes and dreams for the future into something as random as a lottery. Imagine having everything in your life coming down to a single lottery number. What kind of job you would have, where you will live, what schools your kids will go to, all decided at random by lottery. I could think of no better metaphor for the dysfunctional nature of US immigration policy if I tried.

Raul came and worked with me for a couple of years. In that time he waited and studied and on the first day he was eligible he went and took his test to become a US citizen. He tried to go back to his "real" profession as a college professor, but since it was impossible to get his educational records from Chile, he eventually resigned himself to the fact that he would never be able to ply his true vocation in this country, and opened his own business and became quite successful.

So at this point you might ask, "What's this all have to do with HR4437?" Well think about it for a second. Here was a man that clearly deserved the opportunity to come to this country. He was the victim of a brutal regime that existed in large part because of US foreign policy decisions. He had an education and skills that are sorely needed in this country, yet despite all his efforts, this nation would not have him. The only reason he is here today, a citizen, owning his own business and providing jobs for "real" Americans is that he won a lottery. A LOTTERY....if that doesn't help you understand just how inequitable US immigration policy is than nothing will.

Today in the US there are anywhere from 7 to 12 million undocumented immigrants living and working in this country. Every one of them has a story, a familiy, a reason for being here, but most of all every one of them has value. The same value my grandfather had when he came, the same value your forbearers had when they came. I think that sometimes in the great debate about immigration and immigration policy that fact is sometimes lost. Although in many ways Raul is exceptional... he is not the exception.

So if this bill passes, and local police departments start turning over "felons" they've pulled over for traffic violations, or picked up of some other minor infraction like loitering, remember Raul...and think...under this new law he too would have been nothing more than an "aggravated felon". 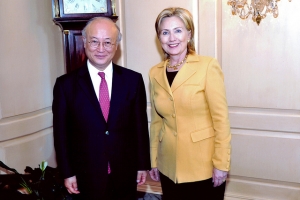 Emotions high in US immigration debate

Comments (0)
Immigrants from around the US came together in Washington, D.C., yesterday to lobby for immigration reform, while Senator Hilary Clinton added her opinion to the debate during a speech in Washington... 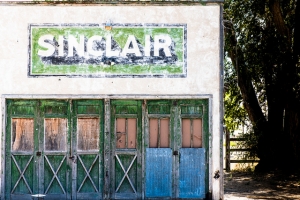 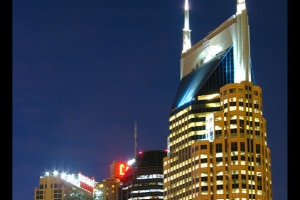 Comments (0)
As workpermit.com has already reported, the U.S. House of Representatives passed a bill on Dec. 16, 2005 that would affect many aspects of US immigration . The bill would criminalize the status of...