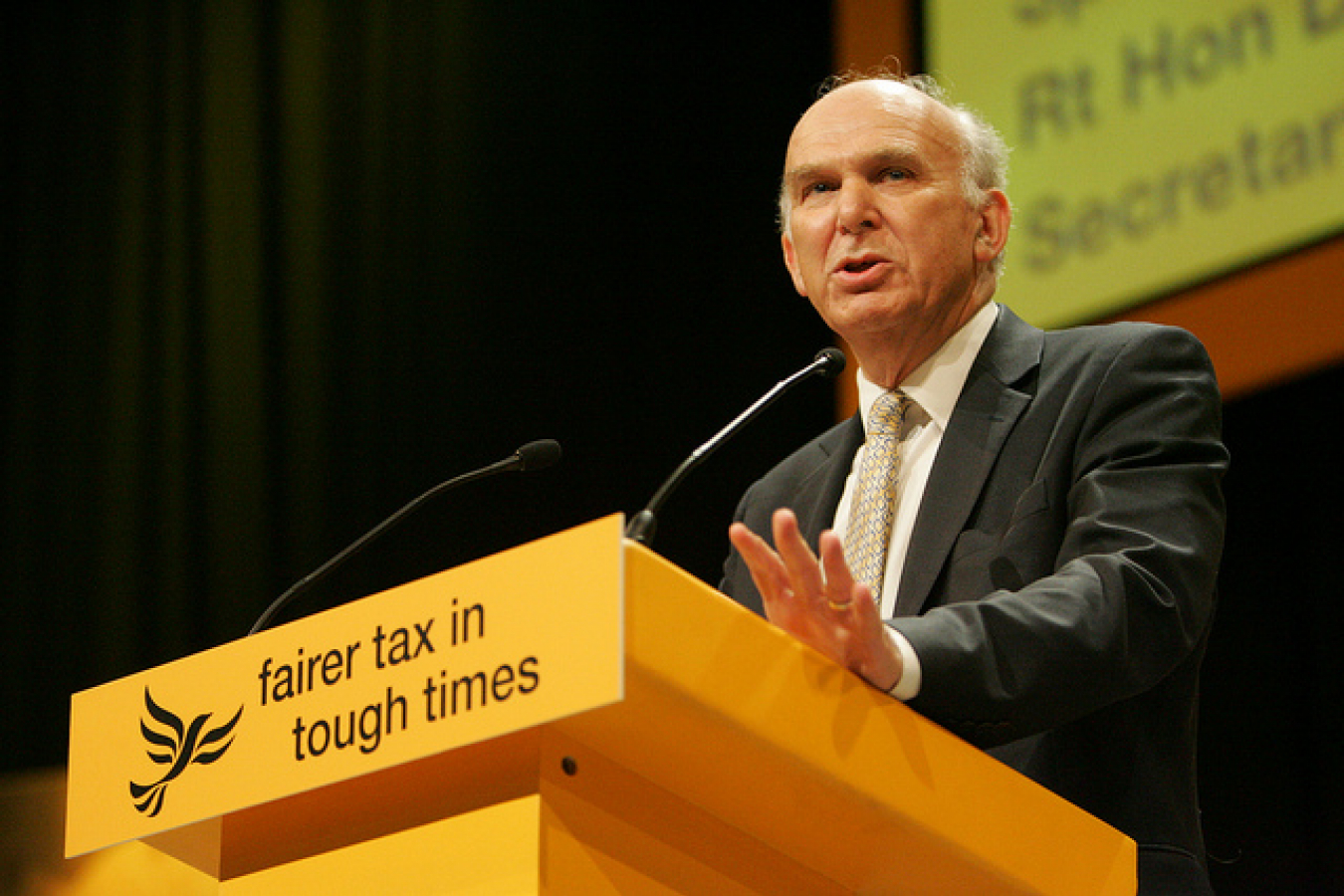 Open dissent has broken out in the UK's Coalition government over immigration. The UK's political system usually requires members of the government to 'toe the party line'. This means keeping personal opinions private and speaking publicly in support of government policy. However, in the last few days, ministers have launched a war of words over immigration policy.

In particular, a war of words has broken out between the Business Secretary Vince Cable and the Immigration Minister James Brokenshire over the government's pledge to reduce immigration to 'tens of thousands' a year by 2015.

Mr Cable wrote an article for the London newspaper The Evening Standard on 3rd March 2014. Mr Cable said that London 'illustrates the broadly positive impact of immigration on Britain'. He added '34% of the city's population is foreign-born'.

He said that successive waves of immigrants have arrived in London as outcasts but have quickly become assimilated into the general population. He said that, historically, immigration was more or less evenly counterbalanced by the number of people choosing to leave the country and live elsewhere.

However, in the last fifteen years, he said, immigration has outstripped emigration by about 200,000 people per year. He acknowledged that this has caused some legitimate concerns but urged UK politicians to 'start by sticking to the facts' when debating immigration in public.

The Liberal Democrats have traditionally been much more in favour of immigration than the Conservatives. Nonetheless, the 'tens of thousands' pledge became government policy.

Coalition has no 'tens of thousands' target

But in his article, Mr Cable said that the 'tens of thousands' pledge was a Conservative one. He said 'Let me be clear – the Coalition Government has no such target. It is a Conservative manifesto pledge and frankly, if they had any sense, they would drop it'.

He warned 'either they will have egg on their faces next year as the target is missed or they will undermine the UK economy as they try to meet it'.

On Thursday 6th March 2014, in his first major speech as immigration minister, Mr Brokenshire, said 'Vince Cable has made a number of statements about immigration in the last week and, to be frank, a lot of them were simply incorrect. You have to wonder why he keeps asserting these falsehoods'

Immigration can 'force down wages'

Mr Brokenshire said 'he [Mr Cable] said rising immigration is 'good news'…Mass immigration puts pressure on social cohesion, on public services and infrastructure… it can force down wages and displace local people from the job market.

'The winners are the haves like Vince, but the people who lose out are from working class families, they're ethnic minorities and recent immigrants themselves. Try telling them that rising immigration is good news'.

Mr Brokenshire said that Mr Cable was wrong about almost everything he said about immigration. In a surprisingly personal and blunt attack, he accused Mr Cable of being 'condescending' and a failure to stick to the facts.

Cable should 'stick to the facts'

He said that Mr Cable should abide by his own suggestion and 'stick to the facts' on immigration.

Since then, the Liberal Democrat leader Nick Clegg has accused the Conservatives of being 'obsessed' with the 'tens of thousands' target over which, he says, they 'have no control'.

Sanwar Ali of workpermit.com said 'This row suits both parties in the Coalition. The European elections are coming up in May. The Conservatives will campaign on a 'Eurosceptic ticket. They will promise to be 'tough on immigration' and try to win back votes from the anti-EU UK Independence Party.

'The Lib Dems on the other hand will stress the benefits of EU membership and try to win votes that way.

'This sort of disagreement will become more and more common in the last year of the Coalition Government as the parties try to differentiate themselves before the 2015 General Election'.