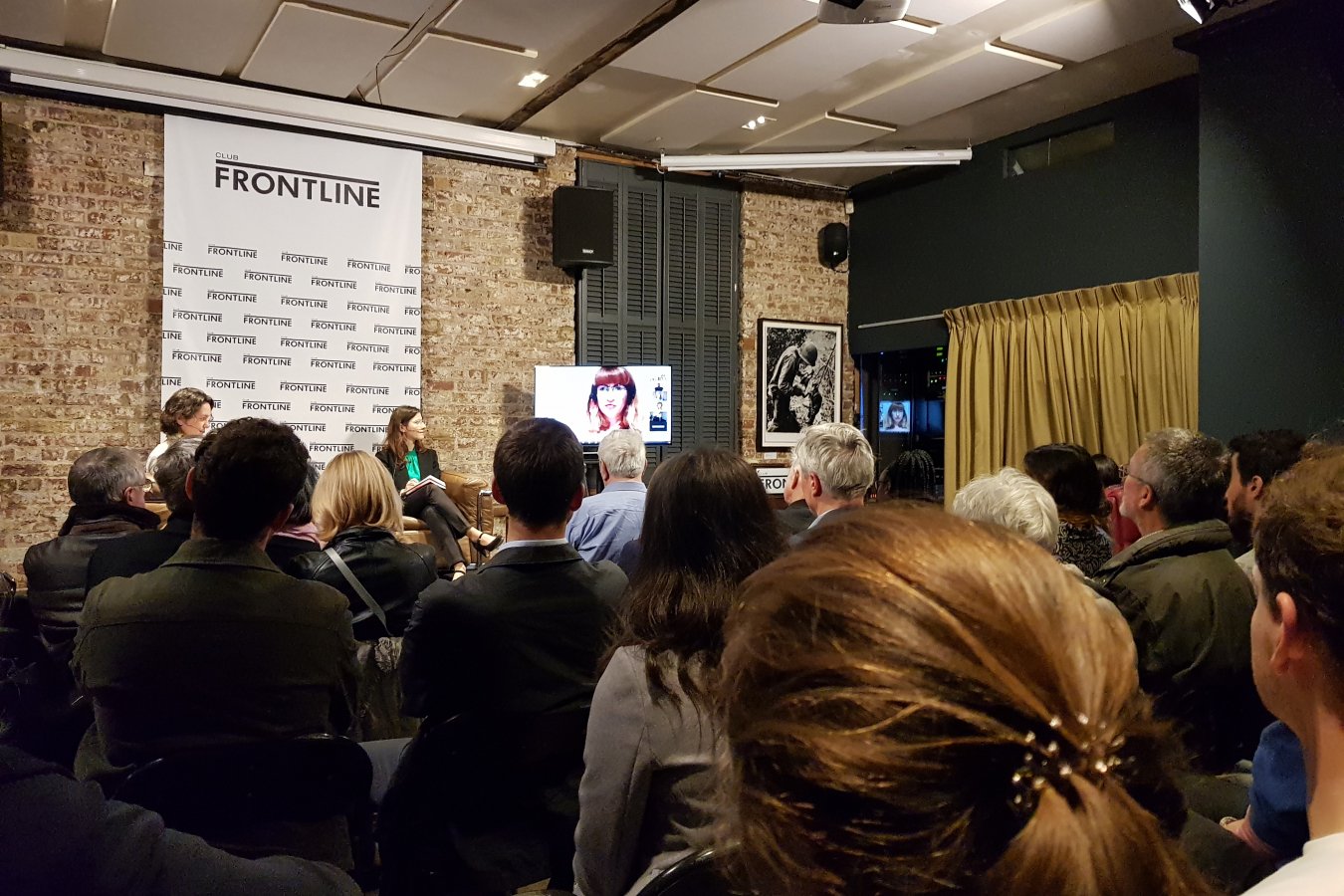 Until quite recently, there was the suggestion that Putin’s war of aggression against the Ukraine had attracted so much news coverage worldwide over about a month, that people had become disinterested and there was now “Ukraine fatigue”.  The Ukraine invasion has caused the biggest refugee crisis in Europe since the Second World War.

On 29 March 2022 I attended a sold out event "Dispatches from the Ukraine" at the Front Line Club, which is a club primarily for media professionals, which had a live video feed from journalists on the frontline in the Ukraine.  There were also concerns that “Ukraine Fatigue” had set in and that people around the world were becoming bored of the Russian invasion of the Ukraine.  Since the Bucha atrocities made headlines worldwide at the beginning of this month the situation has changed.

Allegations of atrocities including killings, torture and rape in Bucha, Ukraine

There are allegations that terrorising civilians is a deliberate strategy by Russia in Putin's war in the Ukraine.  It is said that during six weeks of Russian occupation residents of Bucha faced various atrocities, including massacres, torture, and rape.  The number of deaths is estimated as being over 300.  I include some comments from various sources below:

Agnès Callamard, Secretary General of Amnesty International had the following to say:

“Testimonies shows that unarmed civilians in Ukraine are being killed in their homes and streets in acts of unspeakable cruelty and shocking brutality”.

The Kyiv Independent mentioned the following in their report:

...“Why do they hate us so much?” cried Halyna Opalat, standing near a housing complex in Bucha, looking at the ruins across the street.

“Why? Because we’re a nation? This used to be such a beautiful city. Now it’s frightening to look at. My soul hurts.”

Many were shot at Russian checkpoints. Some were found with bound hands and fatal bullet wounds. Pictures coming out of Bucha on the first days after Ukraine’s Armed Forces went in showed people strewn across the roads, left to lie where they fell...

Treatment of refugees from the Ukraine

One question I asked at the "Dispatches from the Ukraine" briefing at the Frontline Club is the way in which refugees from the Ukraine are treated compared to refugees from other countries.  There have been concerns about the difficulties that Ukrainians have had when trying to claim refugee status in the UK.  Apparently, only 12,000 applications have been accepted. This is tiny compared to other countries.

However, it should be mentioned that other refugees are in many cases treated much worse.  It has been suggested, that Ukrainians who are from a European country are treated better and given greater priority in the UK, compared to say refugees from muslim countries.  Perhaps not surprisingly Ukrainian refugees are considered more acceptable and it is felt are more likely to “fit in”.  Whatever the truth is the UK could do more.

It is interesting to note that it was not that many years ago that the UK Government wanted to keep net immigration into the UK to the tens of thousands.

The UN says that as of 6 April, more than 4.3 million people have left Ukraine:

There was a “secret protocol” in the Molotov–Ribbentrop Pact which was a non-aggression pact between Nazi Germany and the Soviet Union.  This was signed in Moscow on 23 August 1939 by German Foreign Minister Joachim von Ribbentrop and Soviet Foreign Minister Vyacheslav Molotov.

The agreed “secret protocol” was that, Romania, Poland, Lithuania, Latvia, Estonia, and Finland were divided into German and Soviet "spheres of influence". In the north, Finland, Estonia, and Latvia were assigned to the Soviet sphere. In addition, Poland was to be partitioned.

After the war the allied powers agreed that the Soviet Union would also have influence or control over large parts of Europe. There are allegations that Central and Eastern Europe were “betrayed” by the United Kingdom, France and the United States.  Those occupied countries under Soviet influence suffered greatly and millions of people died. Stalin the leader of the Soviet Union from 1922 to 1953 is accused of causing more deaths than Hitler.  Under Putin it seems that Russia still feels that it has a right to certain “spheres of influence” in Europe.

It could be argued that following agreements in the Yalta Conference by Britain and the other allies held from 4-11 February 1945, that the UK and the other signatories have a particular responsibility to help Ukrainian refugees.  Their actions greatly facilitated the occupation of much of Europe by the Soviet Union. Unfortunately, it seems that so far the UK has only accepted 12,000 refugees.

Was the bombing of Dresden in Nazi Germany acceptable?

Now may be a time to reflect on other times in history when civilians have suffered terribly due to military conflict.

...On February 13, 1945, the American prisoners of war heard Dresden’s fire sirens howl right above their heads. German guards moved them two stories down into a meat locker. When they came back to the surface, “the city was gone,”...

Over three days the British Royal Air Force and American Air Force bombed Dresden using incendiary bombs and other types of bombs.  Tens of thousands of civilians were burned alive and killed.  Because the allies won the war and Nazi Germany committed so many atrocities, presumably it was considered that the bombing was somehow acceptable.  It is interesting to note that Marshal of the Royal Air Force Sir Arthur Harris, known as “Bomber Harris”, was the only military officer of similar rank in the UK who was not awarded a peerage after the Second World War.

Due to heavy losses it appears that Russia may now have more limited objectives, and only wish to seek to keep control of Donbass in Eastern Ukraine.  We will see what actually happens in reality. Ukrainian resistance to the Russian invaders has been more successful than anyone could have imagined. There has been huge support from many countries around the world, especially from Europe and the USA.  Significant arms have flowed into the Ukraine to help in the defence of the Ukraine.  I wish the Ukrainian people every success in their fight against the Russian invaders.

If you are thinking of a way to help Ukraine, perhaps make a donation to the Ukraine Humanitarian Appeal. There is also the Afghanistan Appeal.

Sanwar Ali is the founder and editor of the Workpermit.com site.  His daughter is half Latvian.  Latvia was part of the Soviet Union until 1991. 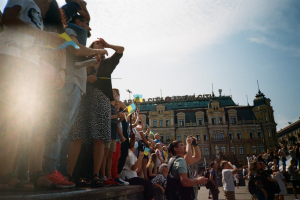 Comments (0)
According to official government data, more than 100,000 Ukrainian refugees have arrived safely in Britain under two UK visa schemes. The Homes for Ukraine Scheme and Ukraine Family Scheme were... 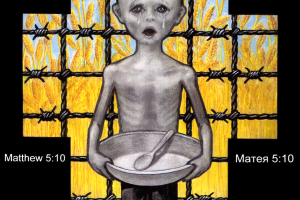 Comments (0)
By Sanwar Ali : Firstly, I should say that I do have a personal interest in what was previously the Soviet Union and the rights, liberties and freedoms of the people, who have been oppressed by the...