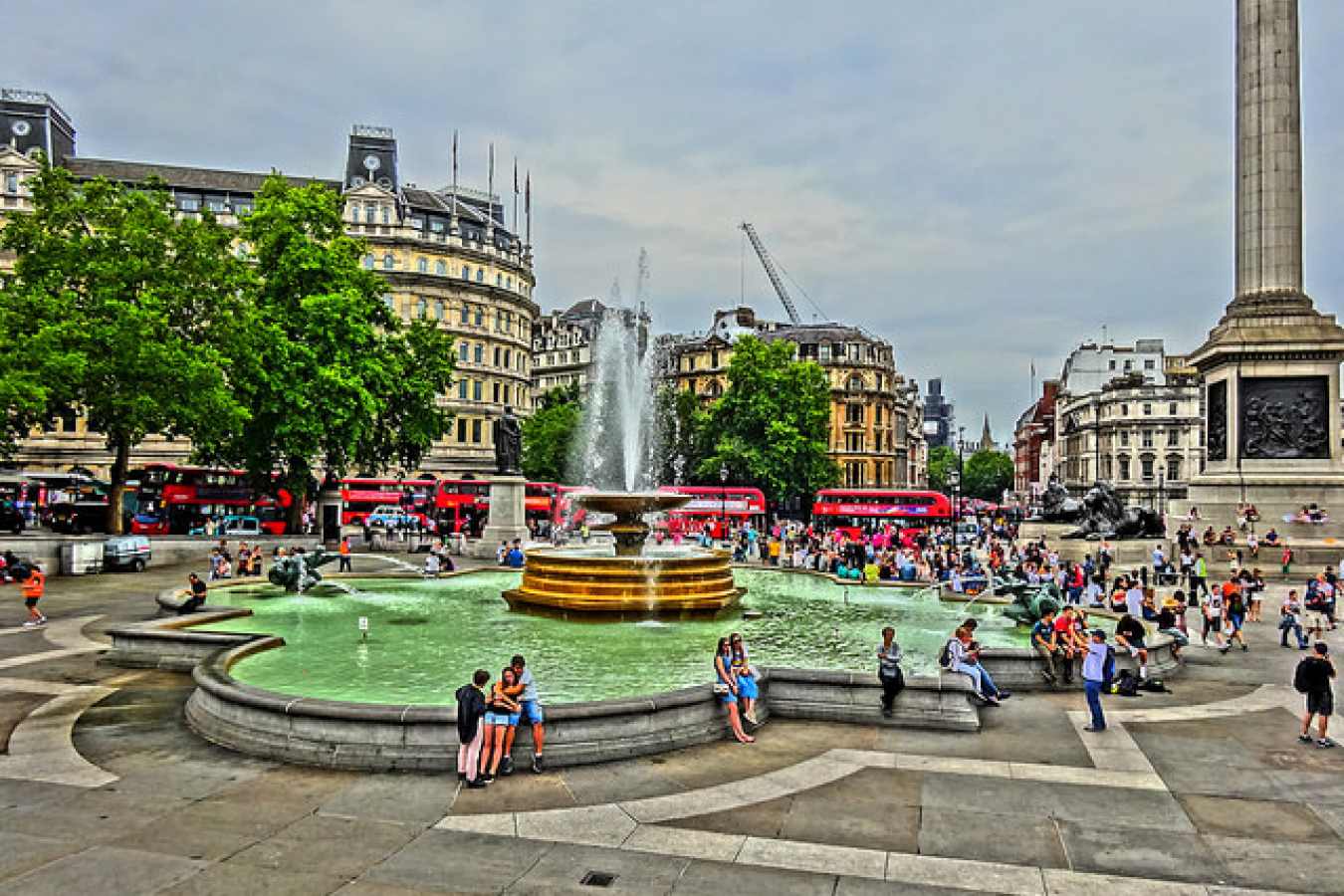 UK Visa and Immigration made several changes to UK immigration rules that came into effect on 6 July, 2018. Several immigration categories have been affected, but headline changes to Tier 2 visa rules have undoubtedly been recognised as the most significant.

After in many cases having to wait for many months to gain an UK visa, in August 2018 there was good news for prospective tier 2 visa migrants based outside the UK, and their employers with a tier 2 sponsor licence.   The points requirement for a restricted CoS in August went down to 21 points from 41 points in July and a high of 60 points in June.  You need a Restricted CoS to employ tier 2 visa applicants who need to apply for a UK visa from outside the UK.  For about seven or eight months the salary requirement for many applications was so high, that employers simply could not afford to pay the high salary required to gain enough points for a tier 2 visa.

The points requirements has gone down thanks to doctors and nurses being removed from the restricted CoS cap, resulting in effect in more tier 2 visas being available.   Probably at the moment most employers will be able to gain enough points for a restricted CoS, as long as they meet the usual requirements.  However, applications can still be refused if you have not carefully followed the somewhat confusing and complicated Resident Labour Market Test requirements.  Numerous people have criticised the Home Office guides as being so long and complicated that hardly anyone understands them.

The NHS had been facing crippling skills shortages; the Home Office changes mean that non-EU doctors and nurses are now exempt from the Tier 2 visa cap have helped enormously. The government agency said: “Not only will this ease the strain on the NHS, it will help all employers because of reduced demand for restricted certificates of sponsorship (CoS).”

According to the UK government, demand for Tier 2 visas is to a great extent driven by the NHS, accounting for approximately 40% of Tier 2 visa places. However, it’s unclear how this figure has been calculated, and there are suggestions that it has been slightly exaggerated.

Nevertheless, the exemption of doctors and nurses from the Tier 2 visa cap took effect following the monthly Tier 2 CoS allocation meeting in July. While applications had needed to be made by 5 July, the actual allocation process did not take place until 11 July.  Many people did not see the results of their Tier 2 CoS application until much later in the month.

Doctors and nurses were made exempt from the cap, after the Tier 2 monthly limit, had been exceeded for a record eight consecutive months stretching back to December 2017 (more if you include more recent months),  In July probably in most cases you needed to earn £41,000 a year to gain enough points.  It seems that now much of the backlog has been dealt with and salary rates for a restricted CoS in many cases in August 2018 can be £30,000 or lower in some cases.

Meanwhile, despite cap restrictions being lifted, NHS employers will still be obligated to perform a resident labour market test (RLMT) to prove that a skilled vacancy could not be filled by a UK worker. However, Tier 2 visas will now be allocated from the employer’s unrestricted CoS allocation.

This could be problematic for NHS sponsors that do not have a large enough CoS allocation. Under these circumstances, employers would need to apply to the Home Office for an unrestricted CoS allocation increase. However, this is likely to be time-consuming or costly if an employer decides to use the Premium Service option for an additional fee.

Some senior healthcare officials say that this will be incredibly frustrating for employers sponsoring personnel for shortage occupations roles. What would have previously guaranteed the allocation of a restricted CoS, may now depend on the sponsor having a sufficient number of unrestricted CoS.

Tier 2 visas changes will be kept under review

The government has hinted that Tier 2 visa changes ‘will be kept under review.’ It’s unclear exactly what this statement means, but it’s likely that if there’s a sudden surge in the number of job roles being sponsored, lifted cap restrictions could be removed.

However, the government has also indicated that it will instruct the Migration Advisory Committee (MAC) to review the shortage occupation list as a result of removing doctors and nurses from the annual, Tier 2 (General) limit.

While the exemption of doctors and nurses from the Tier 2 visa cap is hugely significant, a number of other changes to the Tier 2 immigration route were also announced by the Home Office, including a surprise change on shares that a Tier 2 migrant can hold in their sponsor company.

The government has finally confirmed that the 10% limit on which a Tier 2 migrant can hold in their sponsor now includes shares held indirectly, as well as directly. This provision stretches back to the UK’s old work permit scheme, but has now been implemented as part of new Tier 2 immigration legislation.

Meanwhile, Tier 2 visa holders applying for UK settlement – also known as indefinite leave to remain - after 6 July, 2018 who have been absent from work on maternity, paternity, shared parental or adoption leave will now have to provide documentary evidence of the birth or adoption.

A Home Office statement said: “Applications made by fashion designers will be assessed by the British Fashion Council under the endorsement remit of Arts Council England, which is one of five existing endorsing bodies. The route will also be made available to a wider pool of TV and film applicants.”

Meanwhile, the government announced the launch of a new, UK Start-up visa on 13 June, designed to attract those who wish to start a business in the UK, particularly high-tech start-up businesses. The Start-up visa is seen as replacement for the scrapped Tier 1 (Graduate Entrepreneur) scheme.

After months in the spotlight, which has seen the likes of Chelsea Football Club chairman Roman Abramovich hit by tough legislation, the Home Office confirmed its clampdown on the Tier 1 Investor visa route.

The most significant change is the evidence requirements needed to prove, irrefutably, the source of funds when investing in the UK. Currently, applicants must submit a portfolio report as evidence that investments have been maintained at the required £2 million level, signed off by a financial institution regulated by the Financial Conduct Authority (FCA).

Under new rules, the financial institution must also confirm that the funds have only been invested in qualifying investments, and that no loan has been secured against the funds.

According to the Home Office, changes to the Tier 4 immigration route will help foreign students and sponsoring educational institutions. The government agency has announced that the minimum length of a postgraduate course needed for a Tier 4 applicant to be eligible to bring dependants to the UK, will be reduced from 12 to 9 months.

Meanwhile, the Home Office will now accept printed versions from awarding bodies’ online checking services as evidence of previous qualifications. However, the government agency has retained the power to request to see the original certificate of qualification or transcript if required.

Students from Bahrain, Cambodia, China, the Dominican Republic, Indonesia, Kuwait, the Macau SAR, the Maldives, Mexico, Serbia and Thailand will be subjected to reduced documentary requirements.

Elsewhere, ATAS certificates will now need to be provided by students who undertake a relevant period of study or research of any length as part of an overseas postgraduate qualification. Under previous rules, this was not required if the period was for less than six months.

Calculation of absences from the UK

The government has reversed its original decision to make retrospective a change to the calculation of the ‘no more than 180-days absence’ requirement for most applicants applying for leave to remain in a work-related category.

Before 11 January, 2018, this was calculated on a discrete 12-month basis, by dividing the relevant five-year period up to the date of a settlement application, into five separate 12 month periods. Applicants would only need to meet the 180-day limit within each of those 12-month periods.

On 11 January, 2018, this requirement was expanded to prevent any 180-day limit being exceeded in any 12-month period during that time. This captured the absence of highly-skilled individuals with leave granted prior to the date of change and helped them avoid facing a legal challenge.

As a result of the rule changes, as of 6 July, the 180-day rolling requirement will no longer apply to absences that occurred during periods of leave granted prior to 11 January, 2018. However, while this is good news, it does mean that different 180-day tests will apply depending on the date an indefinite leave to remain application was made.

This means that an unsuccessful, in-country applicant may be entitled to submit another application within 14 days of the previous refusal, outside Britain and without affecting continuity of leave – provided the new application is approved.

In particular, the new rules have been put in place to assist ‘Windrush Generation’ citizens who left the UK prior to a change made in April that guarantees them UK citizenship. Those who have been absent for more than two years must apply for leave to enter and provide evidence of strong ties to Britain, and intend to make the UK their permanent home.

The Home Office has announced a new, five-year route to settlement for Turkish businesspeople currently in the UK under the EU-Turkey European Communities Association Agreement (ECAA).

This change comes into force following a recent Upper Tribunal decision, which determined that a Court of Justice of the European Union ruling concerning indefinite leave to remain for businesspersons, was not covered by the ECAA ‘standstill clause’.

Other minor rule changes announced by the Home Office include:

Workpermit.com can help with Tier 2 Visa Sponsorship Licences and Tier 2 Visas and other UK immigration routes