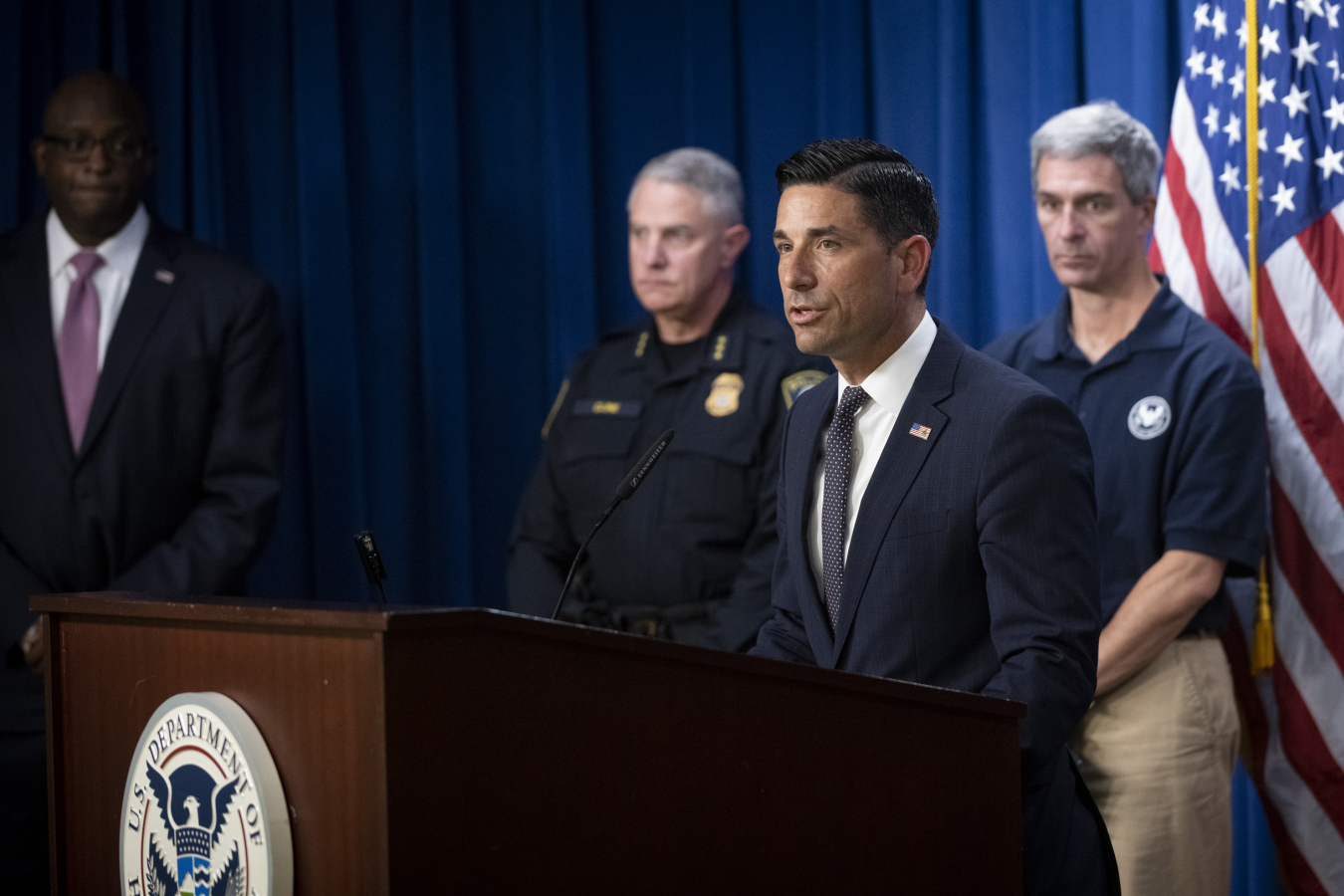 It is being said that immigration hardliners Chad Wolf head of DHS and Ken Cuccinelli head of USCIS were appointed illegally.  Donald Trump has avoided the appointment confirmation process and Senate hearings by appointing Wolf and Cuccinelli in acting roles.  About a third of the 27 top roles at the US Department of Homeland Security (DHS) are filled by an acting official, including those leading Immigration and Customs Enforcement, Customs and Border Protection and US Citizenship and Immigration Services.  Trump has done a number of other things as well which are perhaps of somewhat dubious legality.

Ken Cuccinelli’s appointment as Acting Director of United States Citizenship and Immigration Services (USCIS) was illegal, according to a new report. Chad Wolf’s appointment as the Acting Secretary of the US Department of Homeland Security (DHS), Cuccinelli’s boss, has also been deemed illegal by the report.

The Government Accountability Office (GAO) accused the Trump administration of circumventing the confirmation process and filling high-profile roles in an ‘acting’ capacity. The administration is notorious for filling top-level roles on a temporary basis, which has been blasted by lawmakers.

Minority leader in the Senate, Chuck Schumer, welcomed the GAO’s report, saying: “efforts to install political sycophants to implement his [Trump’s] extreme policies in an end run around the law and Senate have finally caught up with him [Trump].”

The US Department of Homeland Security is the third largest federal agency in the country, but has not had a Senate approved secretary since Kirstjen Nielsen, who resigned from the post of Secretary in April 2019.

The department has had five secretaries since 2017, only two of which have been confirmed by the Senate – those being John Kelly and Kirstjen Nielsen. The other three secretaries have served in an acting capacity, which leaves Homeland Security’s leaders at the mercy of President Trump and vulnerable to increased politicization.

Out of 27 high-profile roles within the DHS, nearly half (10) are filled on an acting basis. All three US immigration agencies under DHS - Immigration and Customs Enforcement, Customs and Border Protection and US Citizenship and Immigration Services – have been led by acting officials for more than 12 months.

Cuccinelli and Wolf targeted by GAO

The GAO’s report targeted the appointments of Ken Cuccinelli and Chad Wolf in particular. A federal judge ruled earlier this year that the appointment of Cuccinelli, an immigration hardliner, as acting director of an agency that processes US visa and immigration applications was ‘unlawful’.

How most federal vacancies are filled is determined by the Federal Vacancies Reform Act. However, although it’s the opinion of the GAO that Cuccinelli’s and Wolf’s appointments are illegal, the Trump administration is not legally obliged to act on this information.

The decision over any action to be taken is that of the Court, which has active cases open against the hiring of Wolf and Cuccinelli.

Following the release of the GAO report, it was used as evidence in a Court hearing challenging rules implemented by Chad Wolf over US asylum. The lawsuit in this case questions Wolf’s authority to implement such rules.

Judge at Maryland District Court, Paula Xinis, said: “In reading the GAO opinion, it’s not binding but it was tracking quite closely what I was thinking about this issue, as stunning as it is that we’re at day 500 and we still don’t have a Secretary installed that's nominated by the President and confirmed by the Senate.”

Attorney for the Justice Department, Jane Anderson, highlighted the fact the GAO report is not binding on the executive branch.

The GAO’s report has sparked a reaction from the DHS, with the department unleashing a personal attack on the GAO employee who said Cuccinelli and Wolf had been illegally appointed.

Chad Mizelle, the senior official performing the duties of the DHS general counsel, responded by attacking the GAO’s findings and the author of the agency’s report, saying: “The GAO should rescind its erroneous report immediately. It’s baseless and baffling.”

Mizelle then launched an astonishing attack on the GAO report’s author, labelling them a ‘junior staffer’.

Mizelle said: “This staffer appears to have limited experience practicing law - having graduated from law school only three years ago. He also previously worked on a Democratic campaign and the partisan Senate Democratic Steering and Outreach Committee.”

“Surely, few things could be more significant than the appointment of the head of a cabinet-level agency. It should have been easy to find a more seasoned attorney (whose past political work would not have created even the appearance of impropriety) among the GAO’s 3,000 employees,” Mizelle added.

However, Mizelle’s comments sparked a backlash from attorneys, who said that is was ironic that Mizelle was attacking someone for a ‘lack of experience’ when he himself only graduated law school in 2013 and was an attorney volunteer for the Trump campaign before taking on a senior legal role in the administration.

Policy counsel at the American Immigration Council, Aaron Reichlin–Melnick, tweeted: “Oh my god. DHS’s response to the GAO report that Wolf and Cuccinelli comes along with a *personal attack* on a GAO staffer who was involved with drafting the report. This is the mark of an agency gone mad. There are no adults left at DHS HQ.”

The GAO’s report claims that after Nielsen’s resignation, “the official who assumed the title of Acting Secretary had not been designated in the order of succession to serve upon the Secretary’s resignation.”

Meanwhile, Chad Wolf, who previously served as the undersecretary for the Office of Strategy, Policy, and Plans at DHS took up the role of Acting Secretary of the department with Cuccinelli as his right-hand man.

The DHS inspector general has been contacted by the GAO, asking the question of who should be serving as the Acting Secretary and the senior official performing the duties of the deputy secretary.

Those serving in a leadership capacity within the DHS are often forced to pursue Trump’s agenda. Under acting leaders, the DHS has implemented some of the most restrictive US immigration policies in the last three years.

DHS recently deployed US immigration personnel to assist in stifling protests following the death of George Floyd, which is just one example of action being taken by a leadership that has not been confirmed by the US Senate. 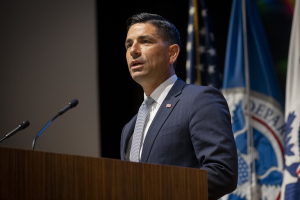 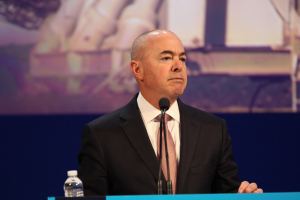