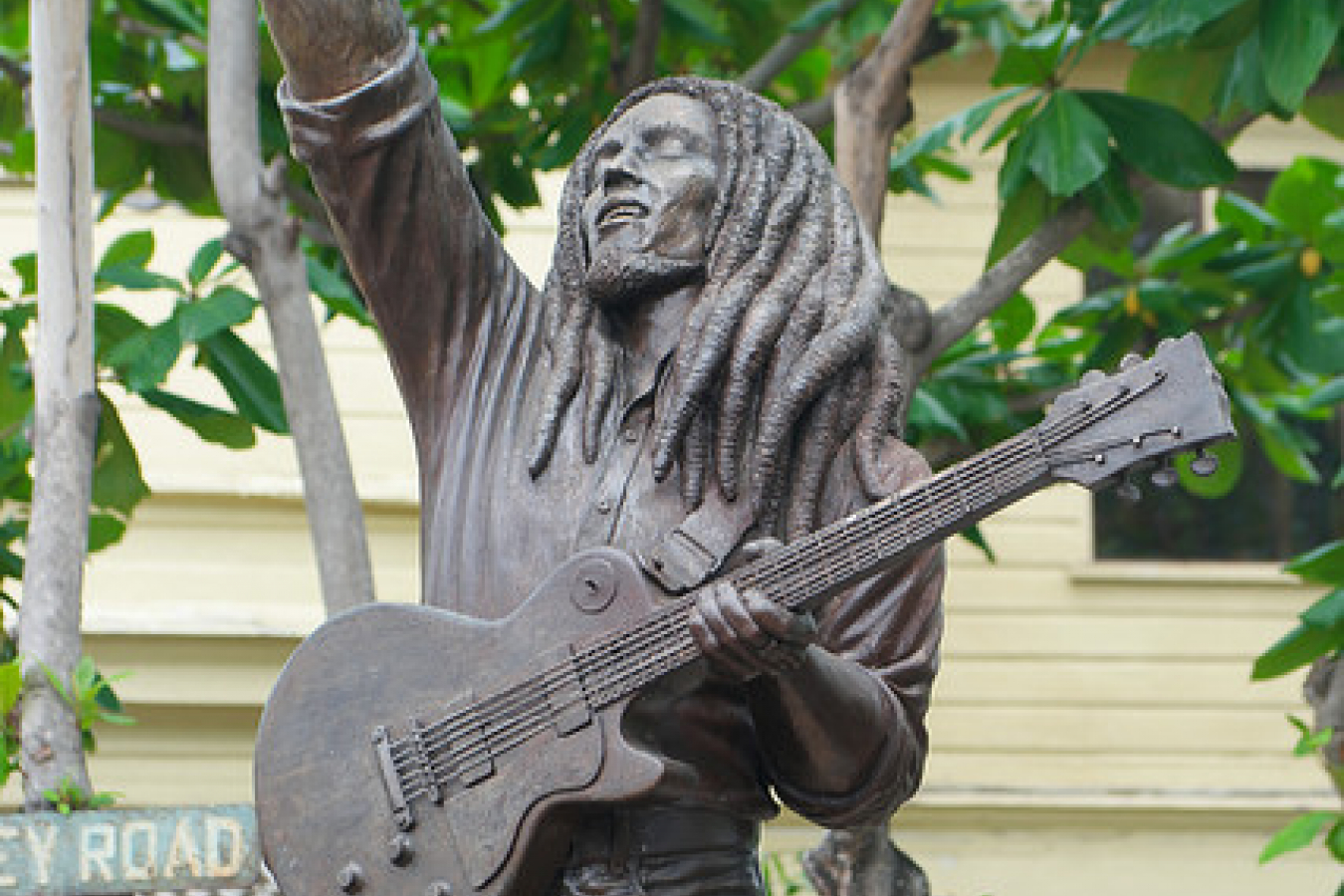 Former UK Home Secretary, Amber Rudd, has vowed to grant British Citizenship to the Windrush generation in an attempt to diffuse the scandal surrounding the government’s treatment of Commonwealth immigrants. Addressing the House of Commons, Rudd said her apology was “only the first step” in rebuilding relationships damaged by the saga.

There continues to be failings both at UK Visas and Immigration and other organisations.  The mentality that led to the Windrush scandal continues.  This led to Amber Rudd resigning as Home Secretary, who was replaced by Sajid Javid who is of Pakistani ancestry. Unfortunately, too much of the time there is not enough openness in the way that the UK visa system operates.  In addition, the aggressive attitudes towards migrants leads to injustices and unfairness in the system.  There has never been a proper investigation into the circumstances under which a number of tier 2 visa migrants whose employer has lost their sponsorship licence have had to leave the Country.

Despite being British citizens, immigrants who arrived in post-war Britain from the Commonwealth to help rebuild the country, were threatened with deportation as a result of UK immigration policies introduced by then Home Secretary (now Prime Minister) Theresa May, in 2010.

Recently, further outrage ensued when it emerged that landing cards for Windrush immigrants were deliberately destroyed in 2010, on government orders. The fallout from the scandal shows no sign of easing, with the government facing widespread condemnation for what has been described as ‘utterly disgraceful behaviour.’

A former Tory Cabinet minister described the UK citizenship row as “another moment of shame for the UK as a nation.” Meanwhile, the government continues to be lambasted for its unethical and discriminatory immigration policies, which often spark controversy.

The Windrush immigrant scandal surfaced as a result of stricter UK immigration rules introduced by Theresa May during her time as Home Secretary in an effort to identify and eject illegal immigrants from the UK.

In a report published by The Times, they referred to May’s previously implemented immigration policies, saying: “What seemed like a politically savvy policy of creating ‘very hostile environments’ for illegal immigrants now looks like a tin-eared, uncaring threat to people with every right to be here.”

The Windrush generation consists of British citizens who arrived in the UK as children from the Commonwealth in the aftermath of the Second World War. Their rights in Britain were guaranteed in accordance with the Immigration Act of 1971.

However, under new UK immigration laws, the Windrush generation are required to provide proof of continuous residence in Britain since 1973. This has proven impossible for many, who do not have detailed records dating back 45 years.

A lack of proof of continuous residence in the UK has seen many refused access to healthcare, made redundant from their job and threatened with deportation.

Following the expiration of a previous system that facilitated Commonwealth citizenship and free movement, and the introduction of a new process to safeguard their status in the UK, many did not have the necessary papers to safeguard them from deportation.

“The lack of documentation was further exacerbated as a result of May’s hostile immigration policies, which forced landlords, hospitals, businesses and civil society to proactively prove that their employees, tenants and service users have the right to be in the United Kingdom,” according to a report published by the New Statesman.

This excessive immigration policy was enforced to help the government achieve its infamous target of reducing UK immigration numbers to the ‘tens of thousands.’ The measure was an attempt to make living in Britain ‘unbearable’ to the point that immigrants would eventually leave of their own accord.

Amber Rudd told the Commons that she recognised the ‘harrowing’ experiences of the Commonwealth immigrants affected by the scandal and added that she was ‘determined to right the wrongs of the saga.’

In an effort to draw a line under the scandal, the Home Office will reportedly waive citizenship fees for the Windrush generation and their family members. Meanwhile, any costs associated with returning to the UK for those who had retired to their countries of origin will be covered.

It’s understood that the English language and British knowledge test associated with citizenship will be scrapped, while financial remuneration will be granted to those who suffered loss. However, details are vague.

The free citizenship offer will be applicable to all Commonwealth immigrants who arrived in the UK between 1948 and 1973. Rudd’s announcement comes amid a series of reports concerning the appalling treatment of the Windrush generation, which sparked a public outcry and questions in parliament.

Rudd told MPs: “I am personally committed to resolving this situation with urgency and purpose. Of course an apology is just the first step in putting right the wrongs that these people have suffered.”

In an interview with ITV’s Peston on Sunday, former Tory Cabinet minister Sayeeda Warsi said: “I think we were all responsible. I would hold myself responsible as part of the government.”

“What happened, unfortunately, during those years and has continued is that we had an unhealthy obsession with numbers. We were wedded to unrealistic migration targets, targets that we still haven’t met unfortunately a decade on – and yet we continue to remain wedded to targets,” Warsi added.

Warsi’s comments have only served to increase the pressure on Amber Rudd, who conceded that officials had ‘lost sight of the human cost of strict immigration policies.’

Despite appeasement efforts, the government is failing in its attempt to contain a barrage of criticism aimed at Amber Rudd and Prime Minister, Theresa May over the impact of the ‘hostile environment’ immigration policy.

Rudd stated that despite the public’s expectation for rules to be enforced, she conceded that some actions to combat illegal immigration have had an ‘unintended and sometimes devastating effect’ on Commonwealth immigrants.

She said: “They are British in all but legal status and this should never have been allowed to happen. We need to show a human face to how we work and exercise greater judgement where it is justified.”

Shadow Home Secretary, Diane Abbott, welcomed the free citizenship announcement, but emphasised that the debacle should not come as a surprise to ministers and that the ‘buck stops’ with Rudd for the crisis.

Theresa May a racist?

While Rudd and May have apologised for the distress caused, Labour frontbencher Dawn Butler said the issue runs much deeper than citizenship status. In an interview with Sky News, Butler argued that the Prime Minister could be accused of racism. She accused Theresa May’s policies of sanctioning ‘institutionalised racism.’

Quizzed on whether Theresa May could be accused of racism in the wake of the scandal, Butler responded: “Yes, she is the leader. She is presiding over legislation... discriminating against a whole group of people who came from the Commonwealth, who suffered racism when they came over – the 'no blacks, no Irish, no dogs' – and now they are having to relive that trauma all over again because of Theresa May.”

As a result of the fiasco, a special Home Office team has been set up to help those affected by the scandal. It’s understood that at least nine residency cases have already been resolved, while a further 84 people are waiting for their case to be reviewed.

Home Office officials are currently trawling through records dating back to 2002 to establish whether anyone has been wrongly deported.

The scandal has undoubtedly sparked anger, with those affected missing important events like weddings and funerals, while others have lost their job, their home and been threatened with deportation.

The debacle is still very raw, and while free citizenship will be welcomed, it’s anticipated that government immigration policies will face continued scrutiny as trust in the Tory government and the Home Office took a devastating blow.