The UKBA has announced major changes to Tier 2 visa system to come into force on 6th April 2013.

The Tier 2 sponsorship system came into being in late 2008, just over four years ago. Because licences last for four years, the first licences granted have recently begun to expire.

The UKBA will often make site visits before the grant of a new licence and there were reports that the UKBA was falling behind and having to extend old licences temporarily until a site visit could be arranged.

The UKBA issued guidance advising those firms intending to renew their Tier 2 sponsorship licences that, unless they had already received a compliance visit within the last year, they should expect one before their sponsorship licence is renewed. The guidance said that some licences would continue in force until a compliance visit could be arranged.

If a UK employer with an A-rated licence is found to be in breach of the rules, the UKBA may downgrade the sponsor's licence to a B-rated licence. B-rated sponsors are required to remedy their systems, at their own expense until they qualify for an A-rated licence again. They will be subject to more frequent inspections while they are B-rated. If it fails to remedy its systems, it will have its licence revoked altogether. This will mean that it will lose its right to employ Tier 2 workers. All workers currently sponsored by that employer will lose their right to remain in the UK and will be required to leave the country. 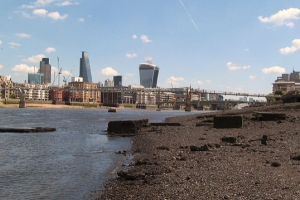 Comments (0)
The UK's immigration minister James Brokenshire has published an announcement of changes to the Tier 1 (Entrepreneur) visa. He released the document on 10th July 2014. The changes came into force on...