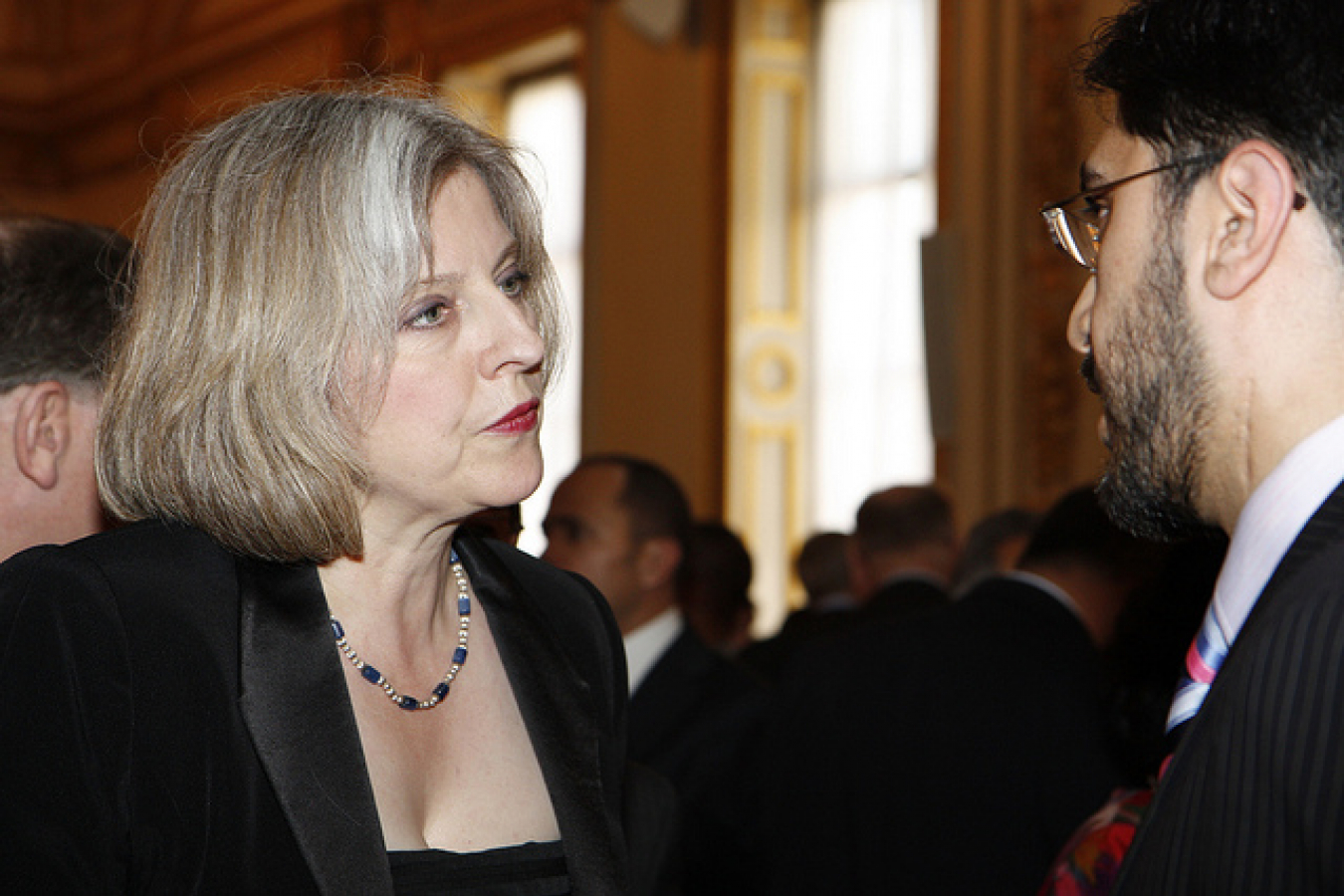 The UK visa status of hundreds of foreign nationals in the UK is in turmoil after vital personal papers were lost by UK Visas and Immigration at the Home Office some months ago. A spate of incidents involving vanishing files has led to calls for the government agency to overhaul the way it handles documents.

Since this issue was raised yet again some months ago it seems that it has been forgotten about. This secretive, anti-democratic atmosphere needs to stop. In our experience it is extremely difficult or impossible to persuade UK Visa and Immigration at the Home Office that mistakes have been made. There is a culture that things have to be covered up at all costs. There have also been mistakes made by UKVI when it comes to the tier 2 visa and tier 2 sponsorship licence system.

A former, senior UK visa official claims that the problem escalated to the point that the Home Office routinely misplaced thousands of files. In the wake of the Windrush scandal, and the controversy surrounding the Tier 2 visa cap, this latest Home Office shambles adds to the growing discontent aimed at the hapless government agency.

Despite the loss of thousands of files, the Home Office has failed to make any voluntary self-referral notices to alert data protection watchdogs about lost documents. The government agency is now facing scrutiny from the UK’s data watchdog, the Information Commissioner’s Office (ICO), because of their handling of sensitive information.

Simple errors by the Home Office

Chair of the Home Affairs Select Committee, Yvette Cooper, said: “This is a matter of basic competence. Far too often we’re hearing about missing files and simple errors made by the Home Office that have a devastating consequence on people’s lives.

“The Home Affairs Committee and the independent inspectorate have warned the Home Office repeatedly to improve the competency and accuracy of the UK immigration system.It’s imperative they get the basics right.

“We’ve even advised digitising and changing the system so people don’t have to submit so many original documents in the first place, given the risk of loss and delay.”

Cooper claims that the loss of documents points to an inherent weakness in the Home Office’s casework protocols, which need addressing urgently. She argued that the UK immigration service is ‘far too important a public service for the kinds of basic mistakes made by the Home Office to be acceptable.’

Ms Cooper added that repeatedly ignoring warnings from the inspectorate and the select committee will not be tolerated.

The Guardian has reported on several incidents involving documents lost by the Home Office, including cases of missing birth certificates, children’s passports, education certificates and even paperwork relating to immigration appeals.

As a result of the Home Office’s incompetence, a 36-year-old woman from a post-Soviet territory was left destitute for 10 years after the agency lost her passport. Meanwhile, another woman has spent years fighting deportation from the UK, despite living in the country for more than 21 years and meeting immigration requirements.

Her UK immigration application was rejected, while the documents she submitted to support her case were never returned, leaving her to deal with huge financial losses.

Reports released by the borders and immigration inspectorate and MPs refer to numerous incidents of missing files, leading to the issue being raised in parliament. Back in 2013, MP Stephen Doughty – who sits on the Home Affairs Select Committee – raised the issue.

Mr Doughty said: “The Home Office has a shocking history of losing documents from passports to identity papers, which I flagged up as early as 2013.”

“In more recent times, increased delays in processing cases has also meant people often being without key documents for months or even years on end,” he added.

Lost documents in every inspection of UK Visas

He recalled that during one inspection, 150 boxes of post, including correspondence from applicants, MPs and their legal representatives, were found in a room in an immigration office in Liverpool.

Campaigners argue that the issue of lost documents will be further compounded by new, General Data Protection Regulations (GDPR) that came into force on May 25, 2018. The Home Office is reportedly exempt from the new legislation, which means that people’s access to information regarding their immigration status is likely to be limited.

Charities and campaigners have warned that they are dealing with a deluge of cases involving lost documents such as birth certificates, payslips and marriage certificates.

Chief executive of the Joint Council for the Welfare of Immigrants (JCWI) charity, Satbir Singh, said: “We would have had hundreds of these cases. That’s just us. We’re one of the larger organisations, but we’re still small compared to the vast ocean of people who require assistance.”

Mr Singh revealed that he had experienced the loss of paperwork himself when applying for a UK spouse visa for his wife. He said: “We see it every other day. It’s even happened to me!”

Mr Singh recalls submitting the application and following it up with the Home Office, only to be told that it had been lost. A week later, Mr Singh and his wife were notified that the UK visa application had been refused because of ‘documents that were not submitted.’

Singh said: “It was a pretty horrendous experience. A lot of the documents we had submitted were originals and we didn’t have a clue how to replace them. Items like proof of our income, payslips, share certificates, our marriage, birth and university certificates all disappeared. Thankfully, the visa was eventually granted.”

However, Mr Singh said that his own experiences are nothing compared to the catastrophic effects that some people face. “For many it’s life and death or being uprooted. So many people are facing removal from the UK because a file can’t be traced and someone at immigration enforcement is unable to access those documents,” Mr Singh said.

In many cases, lost documents are affecting the most vulnerable migrants who, if they’re forced to leave the country, will find it very difficult to appeal. Ultimately, reports of lost documents make people more apprehensive about the application process.

Casework manager at Praxis Community Projects, Bethan Lant, said: “Migrants are very anxious about the application in the first place. Now the body that is responsible for looking after their applications has now lost the documents. It causes a lot of anxiety.”

“We get lots of clients who are reluctant to send their original documents to the Home Office because everyone knows a story of someone who has had a document lost,” Lant added.

Amid the furore surrounding the loss of documents, the Home Office released a statement, saying: “The Home Office takes its data protection responsibilities extremely seriously and has robust safeguards in place to make sure we handle the millions of documents we receive in the appropriate way.

“When documentation goes missing we make every effort to locate it. Each case should be reported to Home Office Security who will assess whether the Information Commissioner’s Office should be informed.”

However, the ICO claimed that the Home Office had never previously reported missing documents, but a change in the law means that self-reporting the loss of sensitive information is now compulsory in certain cases.

A spokesperson for the ICO, said: “Under previous data protection law, there was no formal obligation to report data breaches, but that has changed under new legislation, from 25 May breaches are notifiable if they affect the rights and freedoms of individuals. We’ll be contacting the Home Office and making enquiries.”

“We have no self-reported incidents from the Home Office in relation to loss of documents,” the spokesperson added. 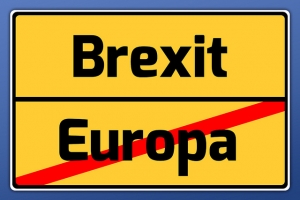 Comments (0)
Sanwar Ali workpermit.com comment: There have been a number of scandals involving UK Visas and Immigration at the Home Office as well as other organisations that work with them: Misleading MPs to... 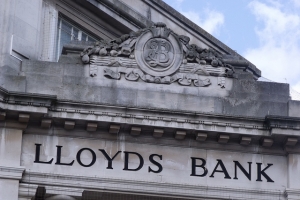 Comments (0)
From January 2018, banks and building societies in Britain will carry out UK Visa status checks on more than 70 million current accounts. The controversial plans, announced by UK Prime Minister...