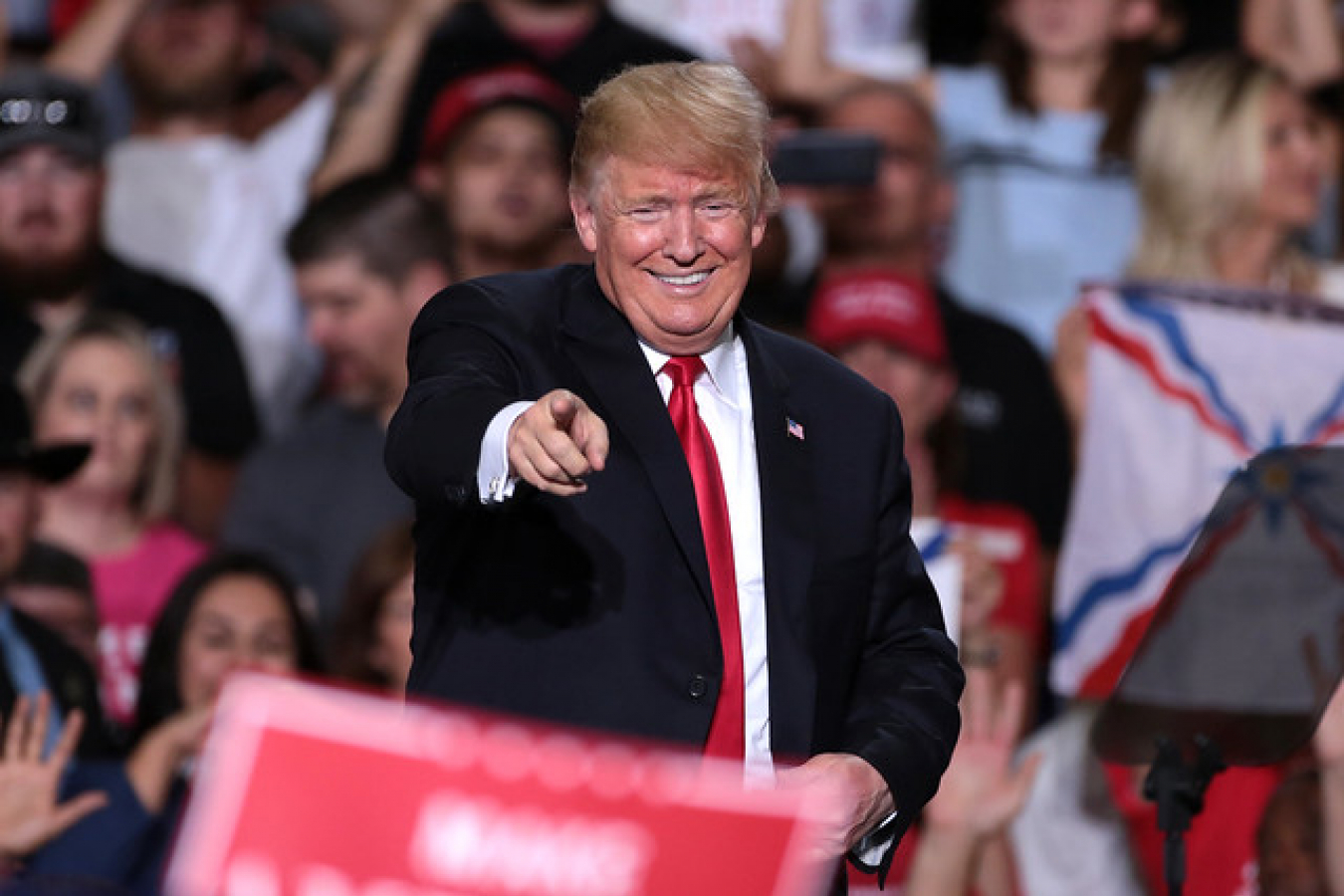 Legally it would surely be impossible to have a specific cap for Indians.   In addition, it seems to be extremely difficult to pass major changes to US visa legislation in Congress to make this happen.  Successive Presidents including both Trump and Obama have had great difficulty passing major US visa legislation.

Therefore whatever Trump may wish for it is unlikely to happen.  Unlike many other nationals Indians cannot apply for an E2 visa or E1 visa so the H1B visa is of particular importance to them.  Anyway, State Department Officials are now saying that there will not be an H1B visa cap on Indians.

On June 19, Reuters reported that access to US H1B visas for Indian nationals could be capped at 15 percent. However, Indian industry IT body Nasscom said there has been no official word from the US government about limiting the number of H1B visas, widely used by Indian tech firms, made available to Indian nationals.

Currently, around 70 percent of the 85,000 H1B visas granted each year are issued to Indians. According to Reuters, the US has warned India that it is ‘considering caps on H1B work visas for countries that force foreign companies to store data locally.’

Relations between the US and India have been strained in recent years amid a row over tariffs and trade. The spat has led to increased restrictions on US visas under the Trump administration, many of which specifically target the use of US H1B and L1 visa programs by Indian tech firms.

Trump’s government has overseen a rise in H1B and L1 visa denials, with many Indians affected. Meanwhile, the US president is pressing ahead with plans to scrap the working rights of spouses of H1B visa holders. However, plans to rescind work authorization for H4 visa holders have been hit by delays.

According to two top Indian government officials, following a briefing, the US government plans to cap the number of H1B visas issued to Indian nationals at 10 – 15 percent. However, Nasscom responded saying that there had been no official confirmation from the US to cap H1B visa availability, and is awaiting clarification.

Rumors of a cap come ahead of a planned visit to India by US Secretary of State, Mike Pompeo, on June 25.

In January 2019, the Trump administration announced a new H1B visa filing rule, which came into force in April. The new rule gives priority to H1B visa applicants with advanced degrees from American universities.

Capping H1B visas for Indians will weaken US companies

An official statement from Nasscom said: “If US policy makes it more difficult to hire advanced tech workers, it will only weaken the US companies that depend on them to help fill their skills gaps, put jobs at risk, creating pressure to send technology services abroad.”

“In April 2019, the number of unfilled jobs stood at 7.5 million. 67 per cent of these, or 2 in every 3 jobs, required specific technical skills. It is this unmet technical requirement that skilled immigrants, including workers on H1B visas, have helped meet in the US,” the statement said.

Indian IT firms have been accused of abusing the H1B visa program by the US government, a claim Nasscom has consistently denied. The industry body insists that it is working with government officials in the US to ‘fix any issues.’

Meanwhile, the US government has been accused of discrimination. One commentator said: “The current law, outlined in the Immigration and Nationality Act (INA), does not authorize the US government to discriminate against a particular country within the annual H1B visa cap.”

Many experts say that government plans to cap H1B allocations at 10 – 15 percent for Indian nationals, will be difficult to implement. The annual H1B quota was set by Congress in 1990 and Congressional approval would certainly be needed to change the number of H1B visas made available.

Since the Houses of Congress are controlled by two different parties, it would be very difficult for the Trump administration to cap H1B visas for Indians. However, since the government is not seeking to change the annual quota and only cap H1B visas issued to Indians, the proposal may not require Congressional approval.

In an effort to restrict US immigration, Trump has implemented a series of administrative changes through executive orders and policy memos, which do not change immigration laws, but do make things increasingly difficult for US visa applicants.

According to sources, it is possible for President Trump to exercise executive authority under INA 212(f) – the same legislation he used to implement the travel ban - to block any foreign national entry if it is not in the interests of the US.

However, the INA does have a clear statutory provision explicitly stating that visas under the H1B visa cap have to be issued, irrespective of the country. This legislation could form the basis of a potential challenge against the Trump administration if 212(f) is invoked to target India.