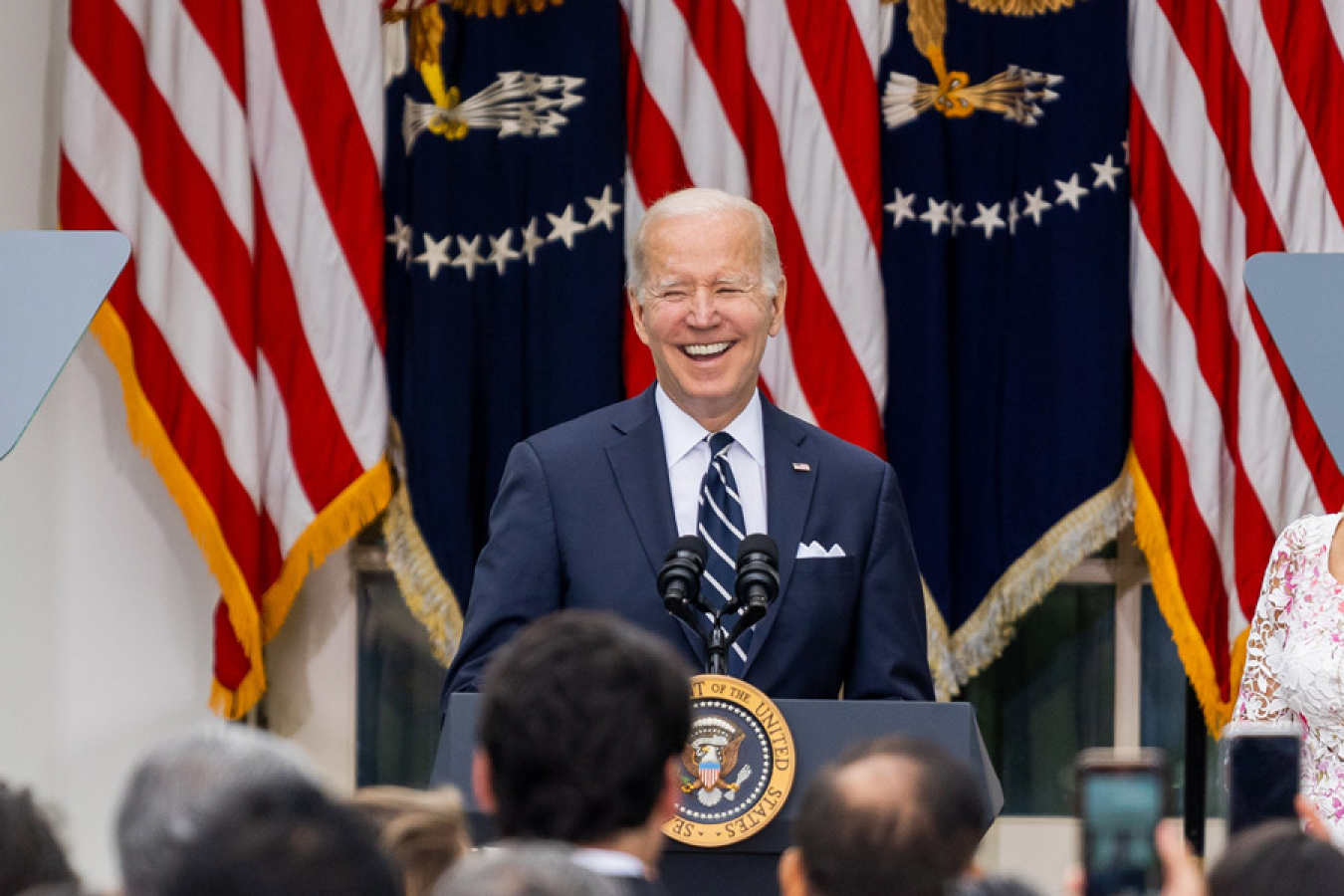 According to a report published by The Telegraph, the Biden administration has been left ‘embarrassed’ and faced ridicule from Republicans after ‘quietly agreeing’ to complete part of former US President Donald Trump’s anti-immigrant border wall in a known US immigration hotspot.

During his 2020 election campaign, Biden openly declared that ‘not another foot’ of Trump’s controversial border wall would be ‘built on his watch’. However, the Biden administration recently agreed to the completion of part of Trump’s wall in an open area of southern Arizona, near Yuma, where four exposed gaps have made the location a busy corridor for ‘illegals’.

The agreement comes amid pressure applied by Mark Kelly, an Arizona Democrat, and one of the most ‘vulnerable’ senators ahead of this year’s elections, as US immigration control continues to rank as a top priority among voters.

In a statement Mr Kelly, who has disagreed with his party over its handling of the so-called US-Mexico border crisis, said: “For too long, the Morelos Dam area has been an operational challenge for Border Patrol agents to properly secure the border and keep our communities safe.”

The Biden administration is also understood to be planning the construction of two 30-foot border barriers through San Diego’s historic Friendship Park – the southwesternmost point of the United States, where separated families have come to meet for decades, according to The Telegraph report.

Unlike many other US immigration policy decisions, this agreement is not one that has been widely publicised by the White House.

Instead, it was quietly announced by the US Department of Homeland Security (DHS), which described the work to complete the project at the Morelos Dam as a ‘measure that would protect immigrants from harm as a result of slipping, or potentially drowning, in an area of the Colorado River’.

The Biden administration’s agreement to complete part of Trump’s border wall has been widely ridiculed by Republicans, who have used US immigration control as an opportunity to blast the US President ahead of midterm elections in November.

Many mocked Biden for his long-held opposition to Trump’s much-maligned border wall and now appearing to ‘change his mind’.

US immigration has become a significantly challenging issue for the Biden administration, which had pledged to adopt a ‘more humane approach to immigration policy’ amid a high number of illegal immigrant crossings at the US southern border with Mexico.

With Democrats set to lose control of one, or both, chambers of Congress in November, those in border districts, like Mr Kelly, have urged the Biden administration to take a tougher stance on immigration to the US.

Kelly has become increasingly critical of Biden, describing an influx of immigrants into Arizona as a ‘crisis’ and pledging to continue ‘holding the Biden administration accountable’.

According to official data, the border section in Yuma is the USA’s third busiest for migrants who can easily walk across the river and surrender to US border officials.

Fox News claims that between January and June of this year alone, US border patrol agents have stopped migrants more than 160,000 times – nearly four times the number of migrant stops compared to last year.

The plan to continue the construction of the border wall has been blasted by environmentalists, who argue that completing the wall will do ‘very little to achieve their [the Biden administration’s] aim’.

Kelly said: “The Yuma area has become the new Ellis Island for Arizona, with people arriving there from countries as disparate as Ethiopia, Cuba, Russia, Ukraine, India, Colombia and Nicaragua.”

“People have traveled halfway around the globe on planes, trains and automobile, so to expect that closing four small gaps is going to make them turn around and book a return flight on Air Ethiopia is sheer fallacy,” Kelly added.

Meanwhile, additional plans to build 30-foot fences through San Diego’s Friendship Park have sparked an outcry from the local community and at least 15 members of Congress.

Democrat Congressman, Juan Vargas, said: “Some of the proposed plans are unacceptable. I call on the Biden administration to review them.”

Furthermore, local activists have accused the Biden administration of reneging on its stated ethos of enacting humane border policies.

However, White House Press Secretary, Karine Jean-Pierre, was swift to defend the Biden administration’s plans. She said: “We are not finishing the wall. We are cleaning up the mess the prior administration left behind in their attempt to build the wall.”