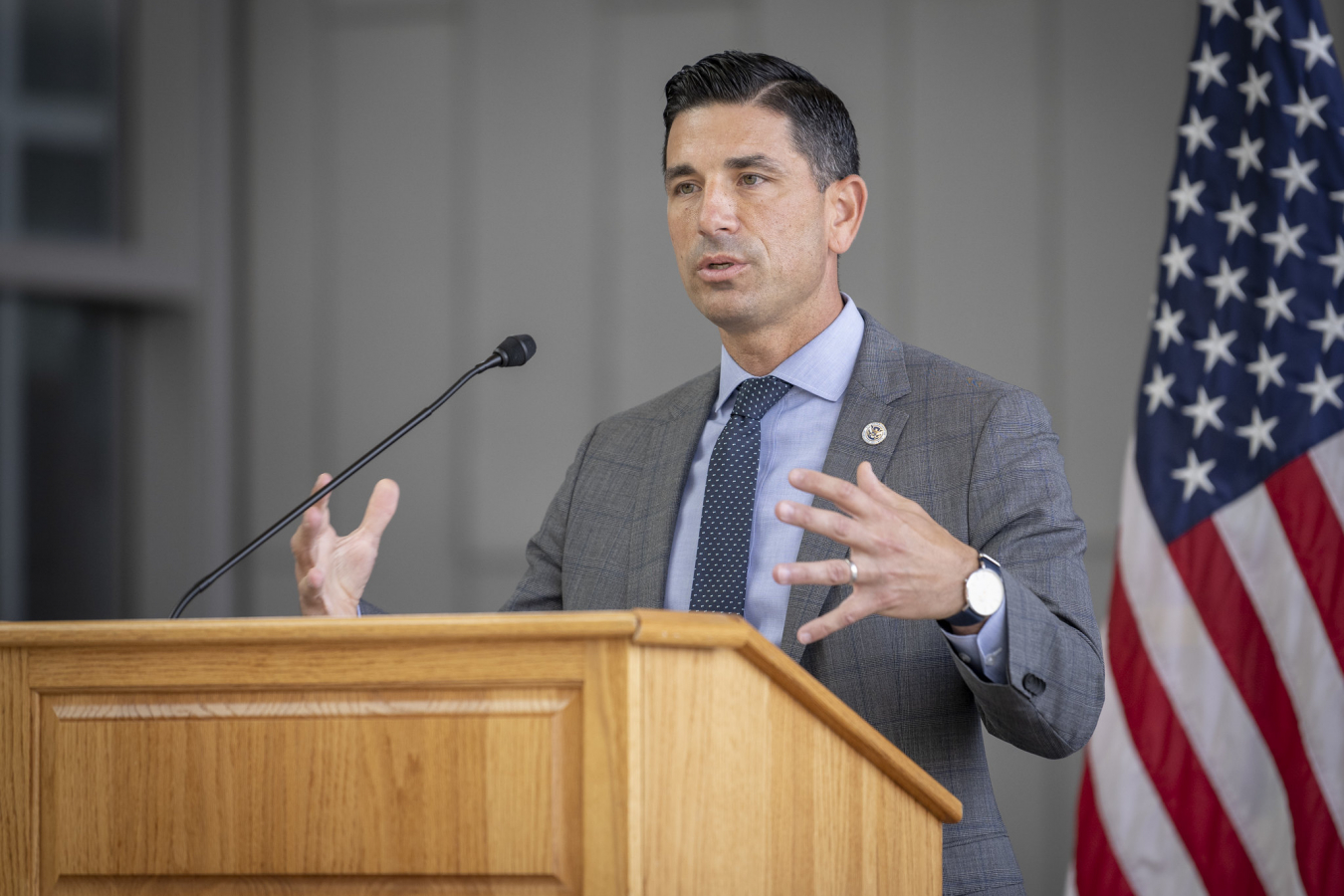 The behaviour of Chad Wolf acting head of the Department of Homeland Security (which includes USCIS) is not acceptable.  He is a public official and at the same time seems to be actively trying to help the Trump presidential campaign.  There have been numerous concerns that Trump has filled high level positions with people he thinks will be intensely loyal to him.  Not on the basis of ability.  If Biden wins the presidential elections, that many people think is quite likely, presumably Chad Wolf will be sacked.

The US Department of Homeland Security (DHS) has stepped up its US immigration efforts as election day nears. Acting DHS chief Chad Wolf – whose appointment as the agency’s secretary has been heavily scrutinised – praised the Trump administration’s immigration actions during a recent speech in Phoenix, Arizona – a key state in the upcoming elections.

Wolf was addressing law enforcement and US border personnel, praising their efforts, while warning of the consequences of scrapping US immigration polices brought in under the Trump administration. Wolf’s warning was a clear message to Trump’s Democratic presidential opponent, Joe Biden.

Biden has promised to abolish a series of executive orders implemented by Trump, which heavily restrict US immigration.

Wolf’s speech comes just days before the US election on November 3, and is the latest in a series of events hosted by top DHS officials. Several press conferences and speeches have highlighted US immigration actions taken by the administration and blasted US cities that refuse to cooperate with US Immigration and Customs Enforcement (ICE).

Across 15 days, the DHS has staged six events, including Wolf’s latest speech. Two of the six events focused specifically on immigration, including another in Pennsylvania, which is considered another critical swing state.

Top DHS officials at each event took a swipe at so-called ‘sanctuary cities’, which tend to be run by Democratic officials. Trump has long-sought to abolish sanctuary cities.

Just recently, ICE put up inflammatory billboards in Pennsylvania showing immigrants wanted by the agency who had been charged or convicted of crimes. The billboards were accompanied by the words “sanctuary policies are a REAL DANGER.”

Events unusual and claims that campaigning for Trump

The sheer number of events staged by the DHS has been described as ‘unusual’, while drawing mass criticism from immigrant activists, who claim that the DHS is effectively campaigning on the President’s behalf.

When asked outright, DHS officials have denied that the events are in any way connected to the election or any political agenda.

Wolf poured out praise on the Trump administration for its immigration actions during in his most recent speech, highlighting some of significant actions that his department has taken in particular.

In his speech, the acting DHS chief said: “This administration inherited a broken and outdated border security and immigration system. And while we tried to work with Congress early on to address funding and loopholes that incentivize illegal behavior, we have received little to no help over the last several years.”

“So, we rolled up our sleeves, looked at the authorities given to us by previous Congresses and got to work reforming our border system in a manner that addresses today’s threats and today’s environment,” Wolf added.

More than 400 executive orders by Trump

Since 2017, the Trump administration has signed more than 400 executive actions specific to immigration, many of them have been highly controversial. In the run up to the US 2020 election, Biden has promised to undo many of Trump’s policies.

At his most recent speech, Wolf lauded the Trump administration’s changes to asylum policies, border policies, regulations concerning legal immigration and the construction of hundreds of miles of Trump’s anti-immigrant wall.

In a thinly-veiled dig at Biden’s promise to ‘undo Trump policies’, Wolf said: “Reversing course is no way forward.”

“Decriminalizing illegal entry, stopping the deportation of criminal aliens, resuming catch and release, returning to a broken asylum system, dismantling the wall, walking away from landmark international agreements, and putting foreign workers first in line for US jobs is not the way to secure the country. These are not just bad policies, they’re dangerous,” Wolf added.

Comments (0)
In yet another blow to Donald Trump’s attempts to scrap the DACA US immigration program, a New York judge has ruled that Chad Wolf, the acting Department of Homeland Security (DHS) chief, was...