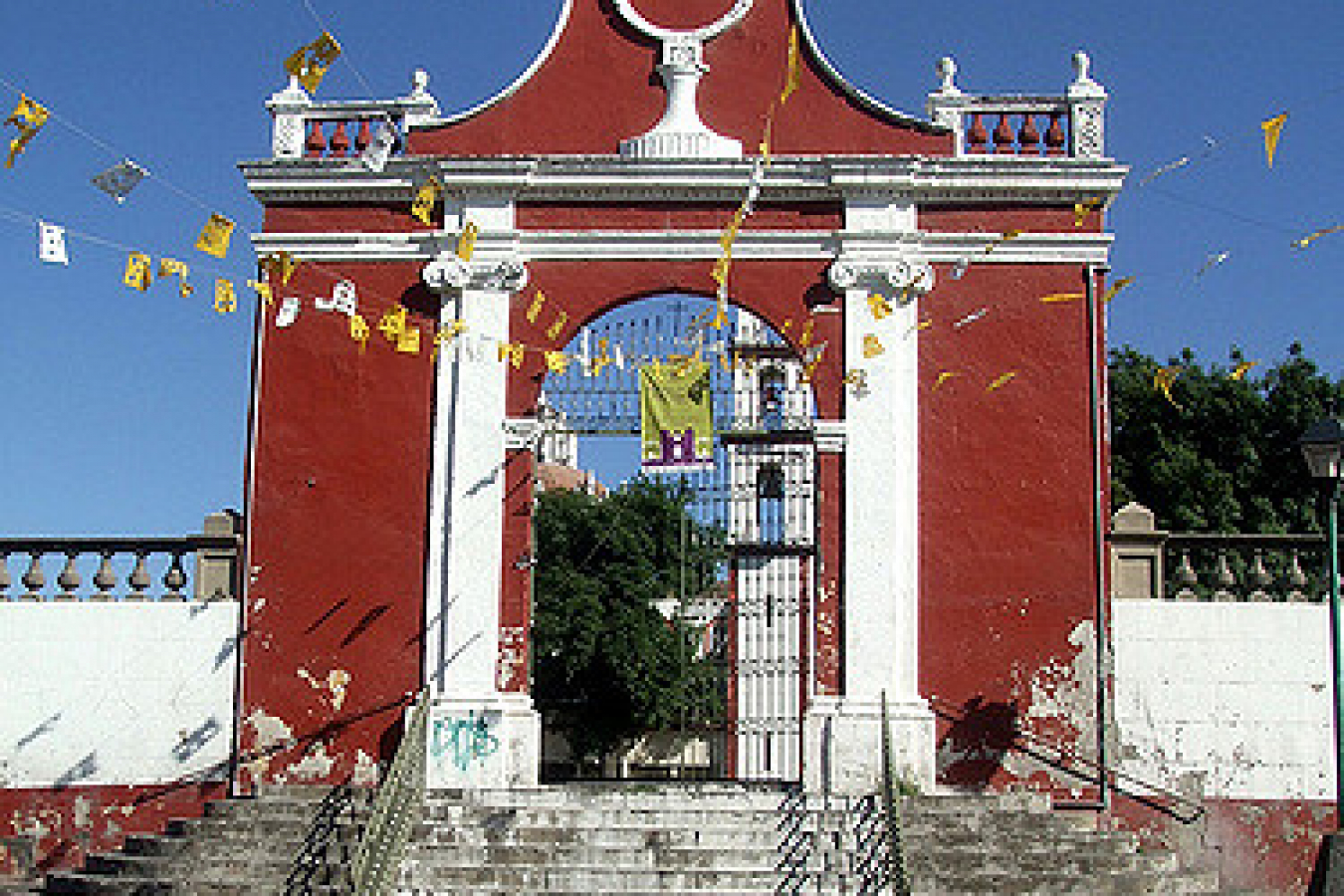 1. This bulletin summarizes the availability of immigrant numbers during August. Consular officers are required to report to the Department of State documentarily qualified applicants for numerically limited visas; the Bureau of Citizenship and Immigration Services in the Department of Homeland Security reports applicants for adjustment of status. Allocations were made, to the extent possible under the numerical limitations, for the demand received by July 11th in the chronological order of the reported priority dates. If the demand could not be satisfied within the statutory or regulatory limits, the category or foreign state in which demand was excessive was deemed oversubscribed. The cut-off date for an oversubscribed category is the priority date of the first applicant who could not be reached within the numerical limits. Only applicants who have a priority date earlierthan the cut-off date may be allotted a number. Immediately that it becomes necessary during the monthly allocation process to retrogress a cut-off date, supplemental requests for numbers will be honored only if the priority date falls within the new cut-off date.

First: Unmarried Sons and Daughters of Citizens: 23,400 plus any numbers not required for fourth preference.

Second: Spouses and Children, and Unmarried Sons and Daughters of Permanent

Residents:& 114,200, plus the number (if any) by which the worldwide family preference level exceeds 226,000, and any unused first preference numbers:

A. Spouses and Children: 77% of the overall second preference limitation,

of which 75% are exempt from the per-country limit;

Third Married Sons and Daughters of Citizens: 23,400, plus any numbers not required by first and second preferences.

Fourth: Brothers and Sisters of Adult Citizens: 65,000, plus any numbers not required by first three preferences.

preference level, plus any numbers not required for fourth and fifth preferences.

Second: Members of the Professions Holding Advanced Degrees or Persons of Exceptional Ability: 28.6% of the worldwide employment-based preference

level, plus any numbers not required by first preference.

Third:Skilled Workers, Professionals, and Other Workers: 28.6% of the worldwide level, plus any numbers not required by first and second

preferences, not more than 10,000 of which to "Other Workers". Schedule A Workers are entitled to up to 50,000 "recaptured" numbers.

Fifth: Employment Creation: 7.1% of the worldwide level, not less than 3,000 of which reserved for investors in a targeted rural or high-unemployment area, and 3,000 set aside for investors in regional centers by Sec. 610 of P.L. 102-395.

Section 203(c) of the Immigration and Nationality Act provides a maximum of up to 55,000 immigrant visas each fiscal year to permit immigration opportunities for persons from countries other than the principal sources of current immigration to the United States. The Nicaraguan and Central American Relief Act (NACARA) passed by Congress in November 1997 stipulates that beginning with DV-99, and for as long as necessary, up to 5,000 of the 55,000 annually-allocated diversity visas will be made available for use under the NACARA program. This reduction has resulted in the DV-2005 annual limit being reduced to 50,000. DV visas are divided among six geographic regions. No one country can receive more than seven percent of the available diversity visas in any one year.

Entitlement to immigrant status in the DV category lasts only through the end of the fiscal (visa) year for which the applicant is selected in the lottery. The year of entitlement for all applicants registered for the DV-2005 program ends as of September 30, 2005. DV visas may not be issued to DV-2005 applicants after that date. Similarly, spouses and children accompanying or following to join DV-2005 principals are only entitled to derivative DV status until September 30, 2005. DV visa availability through the very end of FY-2005 cannot be taken for granted. Numbers could be exhausted prior to September 30.

C. ADVANCE NOTIFICATION OF THE DIVERSITY (DV) IMMIGRANT CATEGORY RANK CUT-OFFS WHICH WILL APPLY IN SEPTEMBER

D. EMPLOYMENT VISA AVAILABILITY FOR THE REMAINDER OF FY-2005

Demand for numbers by CIS Offices for adjustment of status cases remains very high. As the end of the fiscal year approaches, it might be necessary to establish an Employment Second preference cut-off date for September to keep visa issuances within the annual numerical limits set by law. If required, such a cut-off date is likely to be limited to the China-mainland born and India chargeability areas.

The Kentucky Consular Center in Williamsburg, Kentucky has registered and notified the winners of the DV-2006 diversity lottery. The diversity lottery was conducted under the terms of section 203(c) of the Immigration and Nationality Act and makes available *50,000 permanent resident visas annually to persons from countries with low rates of immigration to the United States. Approximately 90,000 applicants have been registered and notified and may now make an application for an immigrant visa. Since it is likely that some of the first *50,000 persons registered will not pursue their cases to visa issuance, this larger figure should insure that all DV-2006 numbers will be used during fiscal year 2006 (October 1, 2005 until September 30, 2006).

Applicants registered for the DV-2005 program were selected at random from over 6.3 million qualified entries received during the 60-day application period that ran from 12:00 AM on November 5, 2004, until midnight, January 7, 2005. The visas have been apportioned among six geographic regions with a maximum of seven percent available to persons born in any single country. During the visa interview, principal applicants must provide proof of a high school education or its equivalent, or show two years of work experience in an occupation that requires at least two years of training or experience within the past five years. Those selected will need to act on their immigrant visa applications quickly. Applicants should follow the instructions in their notification letter and must fully complete the information requested.

Registrants living legally in the United States who wish to apply for adjustment of their status must contact the Bureau of Citizenship and Immigration Services for information on the requirements and procedures. Once the total *50,000 visa numbers have been used, the program for fiscal year 2006 will end. Selected applicants who do not receive visas by September 30, 2006 will derive no further benefit from their DV-2006 registration. Similarly, spouses and children accompanying or following to join DV-2006 principal applicants are only entitled to derivative diversity visa status until September 30, 2006.

Only participants in the DV-2006 program who were selected for further processing have been notified. Those who have not received notification were not selected. They may try for the upcoming DV-2007 lottery if they wish. The dates for the registration period for the DV-2007 lottery program will be widely publicized during August 2005.

in November 1997 stipulated that up to 5,000 of the 55,000 annually-allocated diversity visas be made available for use under the NACARA program. The reduction of the limit of available visas to 50,000 began with DV-2000.

The following is the statistical breakdown by foreign-state chargeability of those registered for the DV-2006 program: 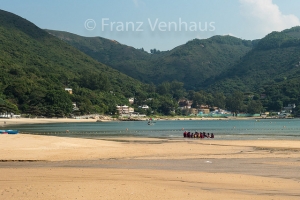 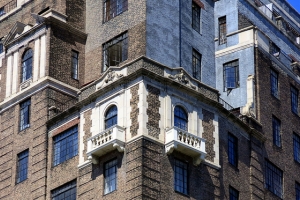 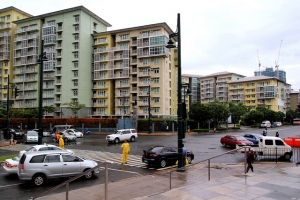