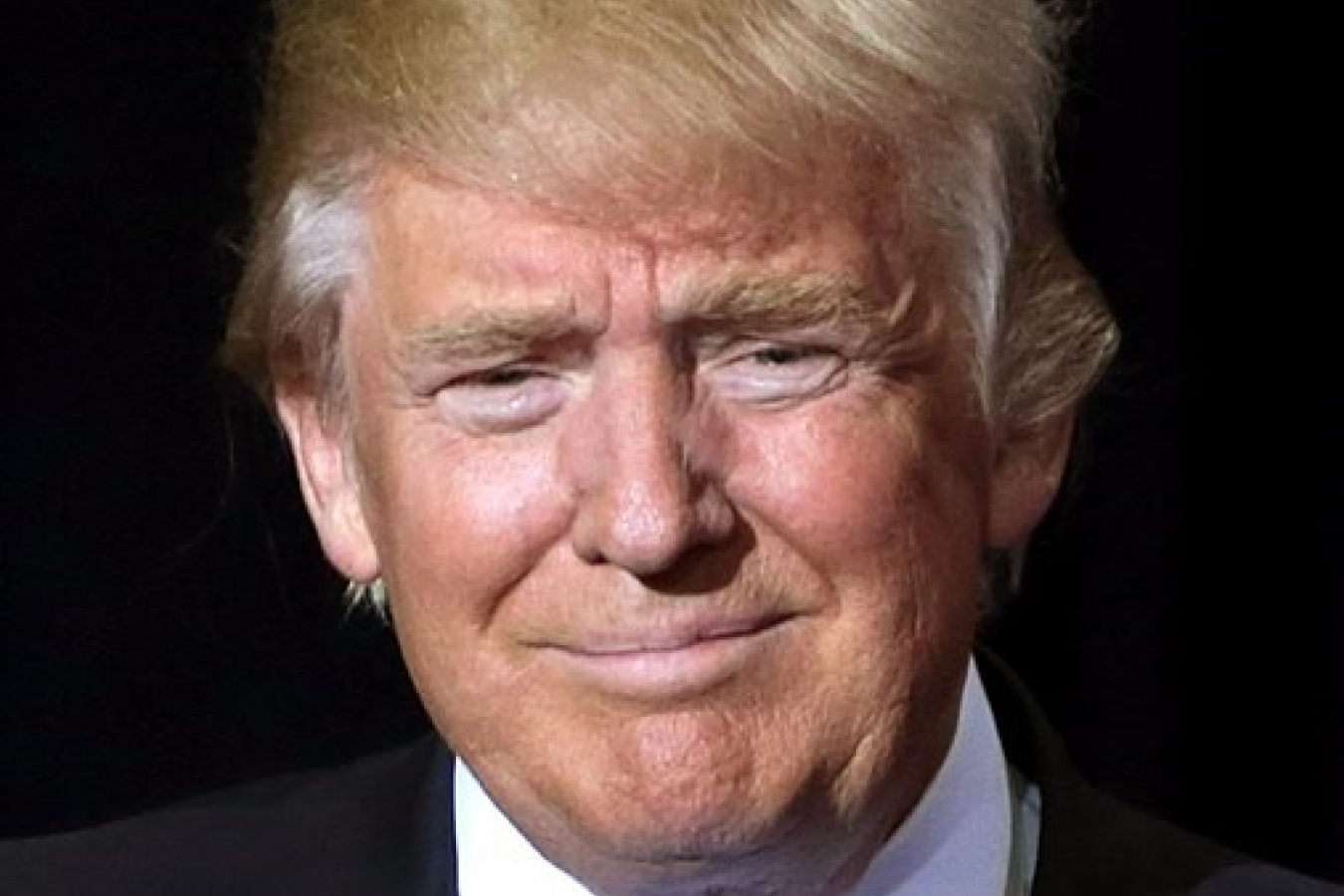 How much difference this helpful US H1B visa ruling will make in practice remains to be seen.  The Trump administration is very imaginative in finding ways to restrict immigration.  The head of USCIS is Trump appointee immigration hardliner Ken Cuccinelli.  There are also rumours that Donald Trump may suspend the H1B visa category.  We do not currently know.  However, if the H1B visa is suspended it may only apply for new visa applicants for the H1B visa, not for extensions.

According to an article published by Forbes, United States Citizenship and Immigration Services (USCIS) has reached an agreement with business group, ITServe Alliance, which brings to an end a decade of restrictive H1B visa policies imposed on employers. The settlement comes following two key rulings against USCIS.

On March 20, 2020 a District Court opinion rejected key actions taken by USCIS, while more recently, on May 20, a judge in Georgia ruled against USCIS policies. For many employers, problems they encountered with USCIS started back on January 8, 2010 after the ‘Neufeld’ memo was issued.

In the memo, USCIS seized the authority to refuse H1B visa petitions based on a potentially limited understanding of what constituted an ‘employer-employee’ relationship – including when a migrant H1B visa holder carried out work duties at a customer’s location, according to the Forbes report.

Under the Trump administration, H1B visa issues have only worsened for most companies. According to a National Foundation for American Policy (NFAP) analysis, the denial rate for new H1B visa petitions for initial employment increased from 6% in the 2015 fiscal year to 30% in the first quarter of the 2020 fiscal year.

The NFAP analysis states: “As in earlier fiscal years (FY), the highest denial rates are for companies that provide information technology or other business services to American companies.”

Amid restrictive Trump policies, the 25 companies with the highest number of new, approved H1B visa petitions still saw their denial rate for initial employment increase, while 12 major IT service and business consulting companies saw their refusal rate increase by as much as 20 percentage points in the 2020 fiscal year compared with FY 2015.

The differing standards by which H1B adjudications have been carried out compared to recent years, and the different types of companies, have taken place without the law being changed by Congress or new regulations issued by USCIS. As a result the Trump administration has faced many legal challenges over the legitimacy of H1B visa denials.

Key USCIS memos and policies were ruled to be unlawful by District Judge Rosemary M. Collyer on March 10, 2020. In the case of ITServe v. L. Francis Cissna – referred to by the Forbes report – Judge Collyer set her sights on how USCIS policies interpreted employer-employee relationships and an itinerary rule/short-term approvals of H1B petitions.

As of 2018, USCIS began refusing H1B visa petitions on the grounds of a contractor ‘not meeting the definition of an employer’ when an H1B visa employee undertook work duties on the site of a client.

Judge Collyer said: “The current USCIS interpretation of the employer-employee relationship requirement is inconsistent with its regulation, was announced and applied without rulemaking, and cannot be enforced.”

As the attorneys of the plaintiff pointed out during the case on March 10, the interpretation of the employer-employee relationship was inconsistent with the relevant USCIS regulation because it used the Department of Labor’s definition of an employer.

The Department of Labor’s definition of an employer states: “Has an employer-employee relationship with respect to employees under this part, as indicated by the fact that it may hire, pay, fire, supervise, or otherwise control the work of any such employee…”

According to the Forbes report, the ‘or’ is pivotal in refuting USCIS’ interpretation of the employer-employee relationship.

Regardless of the regulation, it seems that adjudications overseen by USCIS in recent years, denying H1B visa applications, have been incorrect because employers have been meeting the standard of what constitutes an employer-employee relationship.

The Trump administration has seemingly instructed USCIS to deny H1B visa petitions if an employer is unable to specify every contract or duty to be performed while in H1B status. The government agency has also been known to approve H1B petitions lasting just a single day.

The majority of denials and short-term approvals under these circumstances, tend to stem from a memo issued by USCIS on February 28 on “Contracts and Itineraries Requirements for H1B Petitions Involving Third-Party Worksites,” according to the Forbes report.

According to the plaintiffs in the ITServe Alliance case it was not a requirement of Congress for applications to list all future work. Under the terms of the American Competitiveness and Workforce Improvement Act of 1998, employers were permitted, if required, to retain H1B visa staff during so-called, ‘non-productive’ periods.

This is conditional on the employer continuing to pay a H1B visa holder in accordance with the American Competitiveness and Workforce Improvement Act of 1998.

In the March 10 case, Judge Collyer ruled: “The USCIS requirements that employers (1) provide proof of non-speculative work assignments (2) for the duration of the visa period is not supported by the statute or regulation and is arbitrary and capricious as applied to Plaintiffs’ visa petitions.”

In the most recent case on May 20, 2020, in the US District Court for the Northern District of Georgia, in Serenity Info Tech et al. v. Kenneth T. Cuccinelli, Judge Amy Totenberg closely followed the opinion and reasoning of Judge Collyer in the ITServe Alliance lawsuit, according to the Forbes report.

Judge Totenberg said: “In conclusion, the Court finds that there is no basis in the INA [Immigration and Nationality Act] or the Agency’s regulations for requiring a petitioner to submit evidence of specific, qualifying work requirements and micro-location information for every single day of the visa period.”

“Accordingly, the Agency’s 2018 interpretation of the statute and regulations, as applied in the instant case, is owed no deference,” Judge Totenberg added.

The settlement agreed between USCIS and ITServe Alliance

Under the terms of the USCIS agreement with ITServe Alliance, within 90 days USCIS must rescind, in its entirety, the 2018 Contract and Itinerary Memorandum.

The reopening and adjudication of individual agency decisions on H1B petitions that were the subject of ITServe Alliance lawsuit against USCIS, mostly of ITServe’s members, was also agreed by USCIS.

When re-adjudicating the cases, USCIS has agreed not to apply the current interpretation of employer-employee relationships, while also agreeing to adhere to the decision of Judge Collyer in the March 10, ITServe Alliance, Inc. v. Cissna case.

USCIS has further agreed not to approve H1B petitions with a validity period shorter than that requested by the petitioner, unless a brief and valid explanation has been given as to why a shorter validity period has been allocated, which adheres to Judge Collyer’s March 10 decision on the ITServe Alliance, Inc. v. Cissna case.

Although a settlement has been agreed by USCIS and ITServe Alliance, employers will still be required to take past H1B petition denials and short validity periods to court. Under the terms of the settlement, USCIS is not obligated to offer any assistance to companies.

No statement issued by USCIS

According to the Forbes report, USCIS has issued no statement on the settlement. However, ITServe Alliance, along with its members, have welcomed the settlement.

Deepali Khadakban, an ITServe Alliance board member, said: “This judgment and settlement will help enable us to keep the projects, work and tax dollars in the United States. We need that to happen now more than ever.”

Despite the settlement, reports have emerged that the Trump administration is planning new H1B visa restrictions. Following on from a recent ban on new green card applications, there are rumours that there will be a temporary 60-day ban on US work visas, including the H1B visa.

Trump is under pressure to suspend work-related visa programs amid increasing unemployment rates among American citizens. However, any ban on US work visas could disrupt economic recovery as businesses try to rebuild after the coronavirus lockdown.