Australia has boosted its number of skilled workers in its labour force by 78,000 already this year. This has been achieved by immigration policies put in place by the Australian Government, to solve the country's current skills shortage in its domestic labour force.

"The government has responded to the shortages by bringing record numbers of skilled immigrants to the country. The Australian Government has made over 97,500 Skilled Visas available for 2005-2006," said Amanda Vandstone, Australia's Immigration Minister.

Australian Government statistics reveal that 89% of Skilled Independent Visa holders gain employment within six months. A total of 18,700 immigrants took advantage of the state-specific and regional migration program, with 7,100 settling in the state of Victoria and almost 5,000 immigrating to South Australia.

In the six months from July last year, 39,500 skilled workers were granted the "457" visas. A total of 49,855 were issued the previous financial year. With the 457 visas an applicant and their dependents can stay in Australia permanently after four years.

Vandstone said the 457 visas were popular among employers because electronic processing meant a skilled foreigner could arrive in Australia within a month of applying, and formal migration could take more than a year.

States like Western Australia are relying on skilled immigrants to relieve the labour shortages in the state. The WA Chamber of Commerce and Industry predicts a return to steady growth of 6.5% this year due to the increase in skilled immigrant employment. A report released by the Australian Bureau of Statistics showed that WA's economic growth fell by 2.7% in 2004-2005 due to the skilled labour shortage.

The biggest increase when it came to specific skills came in the form of doctors, with 260 immigrating to Australia, an increase of 300% on the previous year. The most sought after skilled immigrants by Australian employers are accountants, nurses and trades-people including mechanics, electricians and builders. 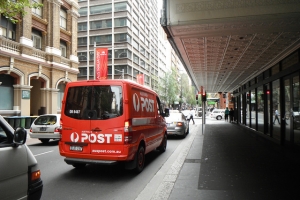 Comments (0)
The number of Australia's skilled workers has increased by almost 78,000 in the past year in an effort to solve the country's skills shortage. This is the largest intake of skilled migrants since the...