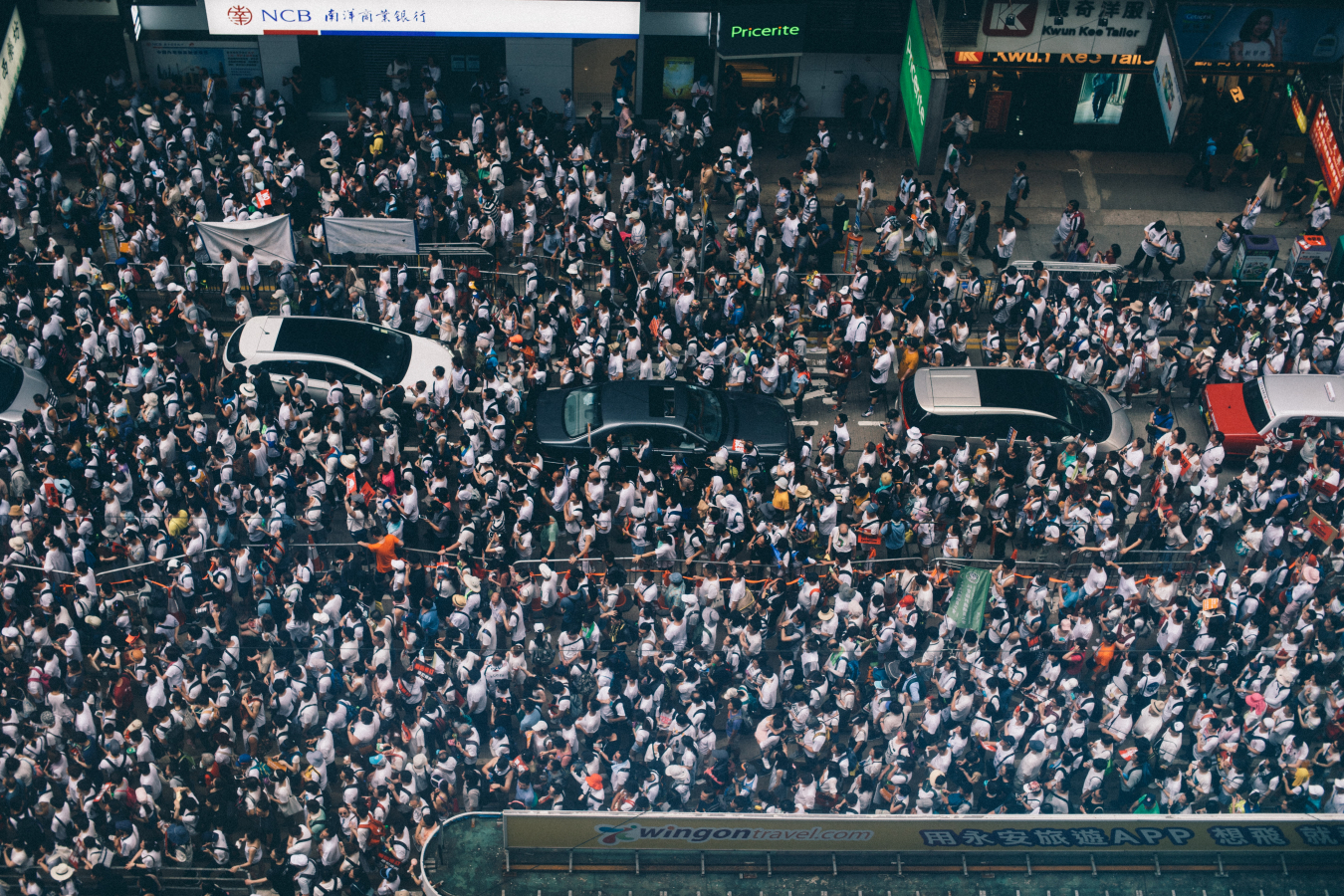 Photo by Joseph Chan on Unsplash

This does look like a generous offer from the UK Government, granting up to three million Hong Kong Chinese, who may be facing persecution by the Chinese Government, a UK visa with the right to work in the UK.  However, there are concerns that it is unfair as it is granting preferential treatment to one group, the Hong Kong Chinese, over others.  Not surprisingly, China is not very happy about the situation.

Other Countries including the US are thinking of letting in some Hong Kong Chinese migrants.  The US, UK, Australia and Canada have condemned Beijing's new security law for Hong Kong saying that it has "flourished as a bastion of freedom".

The UK has an historic responsibility to Hong Kong.  On 1 July 1997 the UK handed over control of Hong Kong to the Peoples Republic of China a "Communist" dictatorship.  In many respects China has not been that "communist" for many years.  However, there continues to be shocking human rights abuses in mainland China.  Last month the US said it will penalize 33 Chinese entities for human rights abuses against Uighurs (mainly Muslim) and other minority groups.

There are the Xinjiang re-education camps, officially called Vocational Education and Training Centers by the Chinese Government, which are internment camps that have been operated by the Xinjiang Uygur Autonomous Region government for the purpose of indoctrinating Uyghurs since 2017.  Some have estimated that hundreds of thousands, perhaps millions, of Uyghurs, Kazakhs, Kyrgyz and other ethnic Turkic Muslims, Christians as well as some foreign citizens have been interned in what many have called concentration camps.

Amid threats from China to change security laws that would affect the traditional freedoms of Hong Kong citizens, UK Prime Minister Boris Johnson has laid foundations for a seismic change to the UK visa system. Johnson is ready to offer nearly 3 million Hong Kong nationals eligible for a British National Overseas (BNO) passport, the right to live and work in the UK.

Up until Johnson’s announcement, UK government officials had been evasive on whether the offer to extend visas for 12 months would only be available to the existing 350,000 BNO passport holders in Hong Kong or if the offer would include the more than 2.5 million eligible to apply for a BNO passport.

In the House of Commons recently, UK Foreign Secretary Dominic Raab seemingly indicated that the offer would only be extended to the 350,000 Hong Kong citizens who currently hold a BNO passport, stressing that the government needed to ‘remain realistic’ about what it could offer.

However, in a column written for The Times, Boris Johnson appeared to imply that those eligible for a BNO passport would benefit from the offer. It’s reported that the offer is only on the table should China enforce new security laws that would strip Hong Kong of its traditional freedoms.

In his column for The Times, Johnson wrote: “Britain would have no choice but to uphold our profound ties of history and friendship with the people of Hong Kong. Today about 350,000 people hold BNO passports and another 2.5 million people would be eligible to apply for them. At present these passports allow for visa free access for up to six months.”

“If China imposes its national security law, the British government will change its immigration rules and allow any holder of these passports from Hong Kong to come to the UK for a renewable period of 12 months and be given further immigration rights including the right to work which would place them on the route to citizenship,” Johnson added.

Johnson acknowledged that his offer would represent one of the biggest changes to the UK visa system in history. The Prime Minister wrote: “If it proves necessary Britain will take this step and take it willingly.”

However, the Foreign Secretary seemingly insisted that the offer is only open to the 300,000 existing BNO passport holders. Mr Raab said: “We have said that we will allow the 300,000-plus passport holders, along with their dependants, to come to the UK in the way I described.”

It is unknown how many Hong Kong citizens eligible for a BNO passport would actually apply if the offer becomes active. However, Raab said that in the event of a mass exodus from Hong Kong, he hopes the burden would be ‘shared internationally.’

What is clear is that there’s confusion among ministers over the government’s position and the extent of the offer to Hong Kong nationals. Miscommunication on the pathway to citizenship may indicate differences within the cabinet.

Additionally, it could reflect Britain’s desire to keep China guessing about the ramifications of a so-called ‘British enabled brain drain from Hong Kong’, should Beijing pursue the suppression of human rights in the territory.

Despite saying that he is ready to act on his offer, Johnson also used his column in The Times to make one last appeal to China to re-evaluate its actions, calling on officials in Beijing to realise that ‘with power comes the need for magnanimity.’

The Prime Minister wrote: “Britain does not seek to prevent China’s rise; on the contrary we will work side by side on all the issues where our interests converge, from trade to climate change. We want a modern and mature relationship, based on mutual respect and recognising China’s place in the world.”

Johnson added that the UK welcomes China’s position as a leading member of the world community and based on that position, we expect it to abide by international agreements.

Johnny Patterson, director of the human rights NGO Hong Kong Watch, welcomed Johnson’s article, saying: “It is a watershed moment in Sino-British relations. No sitting PM has made a statement as bold as this on Hong Kong since the handover.”

“It reflects two things, first the severity of the situation on the ground, and second the fact that the British government genuinely, and rightly, feel a sense of duty to citizens of Hong Kong and are going to do all they can to stop them becoming the collateral damage of escalating geopolitical tensions.” Patterson added.

However, barrister, former legislator and co-drafter of the basic law, Martin Lee stressed that while the offers of help from multiple international governments are generous, they are not enough.

Lee said: “No matter how generous you are in the provision of passports and so on, there are still large numbers of people who are not eligible for one reason or another.”

Mr Lee referred to more than 8,000 young people who are ineligible for a BNO, but were arrested for protesting against the Chinese government and feared charges under national security laws.

Lee said: “I want to see international governments and the world community doing more to come up with a multinational sustainable solution for Hong Kong.”

“Beijing has clearly breached its treaty obligations. The then Chinese leader Deng Xiaoping had made great efforts in 1997 to have the declaration supported by the international community and registered in the United Nations, precisely to ensure Hong Kong’s elite residents and businesses did not flee. When I say I want them to do more I mean hold China to the original policy,” Lee added.

Meanwhile, although immigrant advocates have welcomed the offer made to Hong Kong citizens, they have accused the government of blatant hypocrisy.

Many immigrant advocates argue that the offer is completely unfair on immigrants who have had to fight prejudice and discrimination, face ever tightening UK visa restrictions and pay thousands in fees to build a life in the UK.

Against a backdrop of an EU referendum fuelled by anti-immigrant rhetoric and a controversial new immigration bill introduced when many immigrants in the UK are on the frontline battle against coronavirus, it’s very easy to see why foreign nationals in Britain would feel aggrieved by this offer, said a number of immigrant advocate groups. 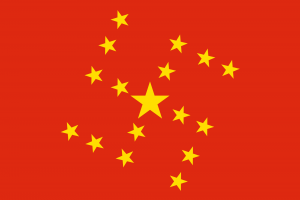 Comments (0)
Comments by Sanwar Ali : Not surprisingly since the introduction of the new Security Laws there have been riots in Hong Kong and about four hundred arrests. Compared to the Tiananmen Square massacre... 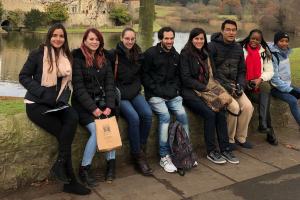