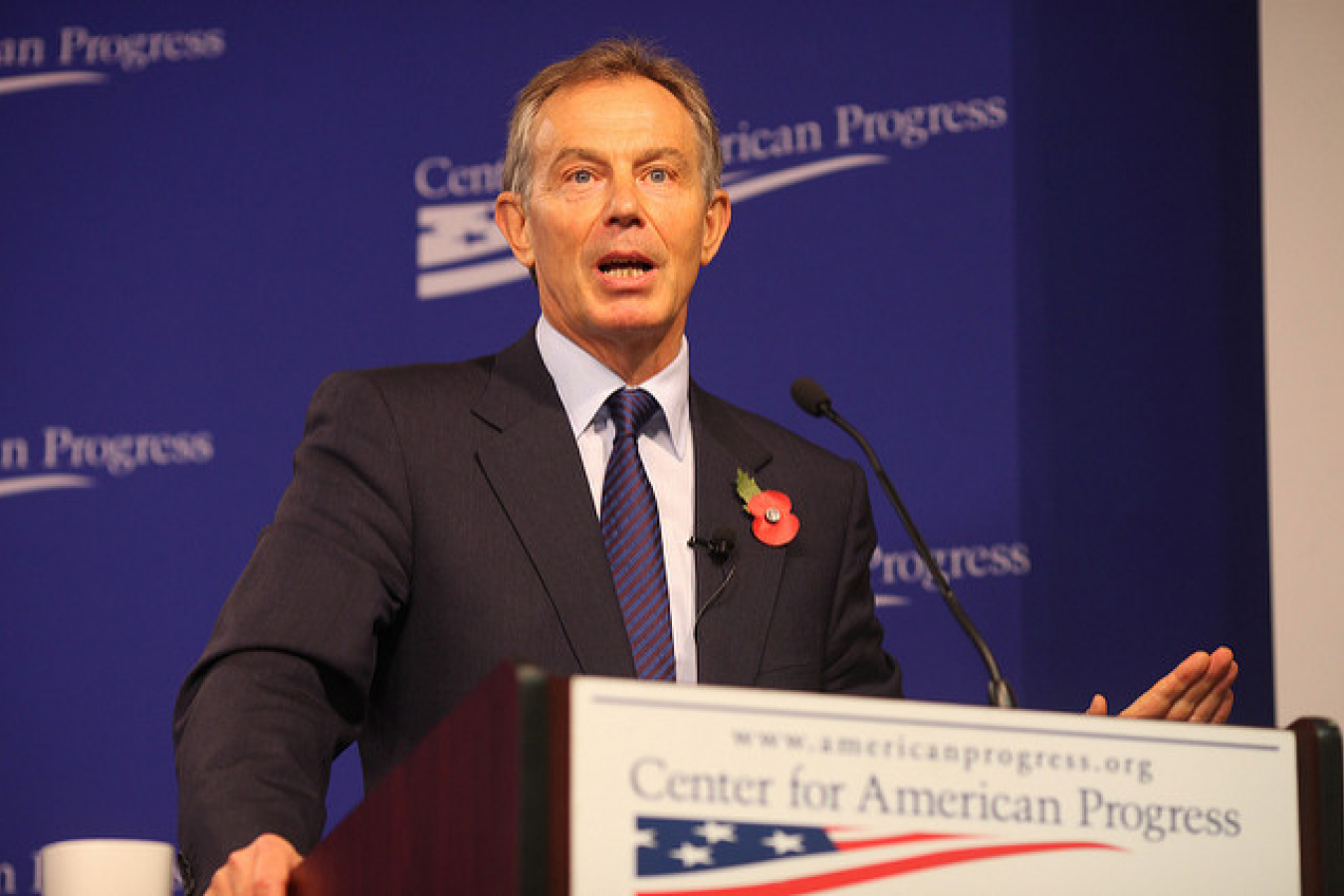 Tony Blair, Prime Minister of the UK between 1997 and 2007, made a rare visit to the UK parliament at Westminster on Tuesday 18th December 2012 and walked into, or perhaps created, a row about immigration.

Mr Blair attended a lunch at Westminster where he spoke and answered journalists' questions. Mr Blair's lunch was held just one day after new Labour leader Ed Miliband appeared to distance himself from the Labour governments of Mr Blair and Gordon Brown on immigration policy.

Mr Miliband gave a speech on Monday in south London in which he said that a Labour government with Mr Miliband as leader would introduce measures to help people deal with the effects of immigration. Among the measures proposed was a plan to bar immigrants with poor English from working in public sector jobs where they would be required to speak to the public. Other proposals included a crackdown on 'criminal landlords so they cannot exploit people in over-crowded, sub-standard housing' and taking stronger steps to enforce the law barring recruitment agencies from advertising jobs only to people of one nationality.

Labour lost votes by being 'soft' on immigration

Questioned about his immigration policy on Tuesday 18th, Mr Blair was unrepentant and took the moral high ground. He said that immigration should be 'handled with care' to avoid the risk of encouraging nationalism or racism.

Mr Blair was Prime Minister in 2004 when Poland and nine other countries, many of which had been in communist-controlled Eastern Europe before the fall of the Berlin Wall, joined the European Union. At the time that the ten countries joined the EU, most EU countries, including Germany and France put 'transitional controls' in place to prevent workers from the accession countries from migrating to the 'old European' countries to work. Only the UK, Ireland and Sweden did not impose controls.

In 2004, The UK Home Office issued a statement saying that it believed that 13,000 people would come from the accession countries to Britain every year. It is estimated that the real figure was about a million over five years.

'Polish community contributes a lot' to the UK

Mr Blair said 'People look back and say 'you should have done more to restrict particularly eastern European immigration'. I look back on that, and you can have a debate about it, but personally, I think the Polish community contributes a lot to this country. In many ways, immigrants do a lot for our country. They bring fresh energy, fresh initiative and I think it will be a sad day if we end up targeting them.'

Mr Blair continued, 'of course, it has to be controlled, and illegal immigration has to be tackle head on. But overall, I think immigration has been good for Britain and most immigrants have assimilated well. So don't make them a scapegoat for our problems.'

Mr Blair seemed to be rebuking Mr Miliband for turning his back on Blair's policies. Mr Blair also seemed to criticise Mr Miliband's welfare policies and refused to commit himself to campaigning for Labour and Mr Miliband at the next election in 2015; he said because he did not know what he would be doing that far in the future.

Mr Blair was a public supporter of Mr Miliband's brother David during the election for the leadership of the Labour Party which was contested between the two brothers in 2010.