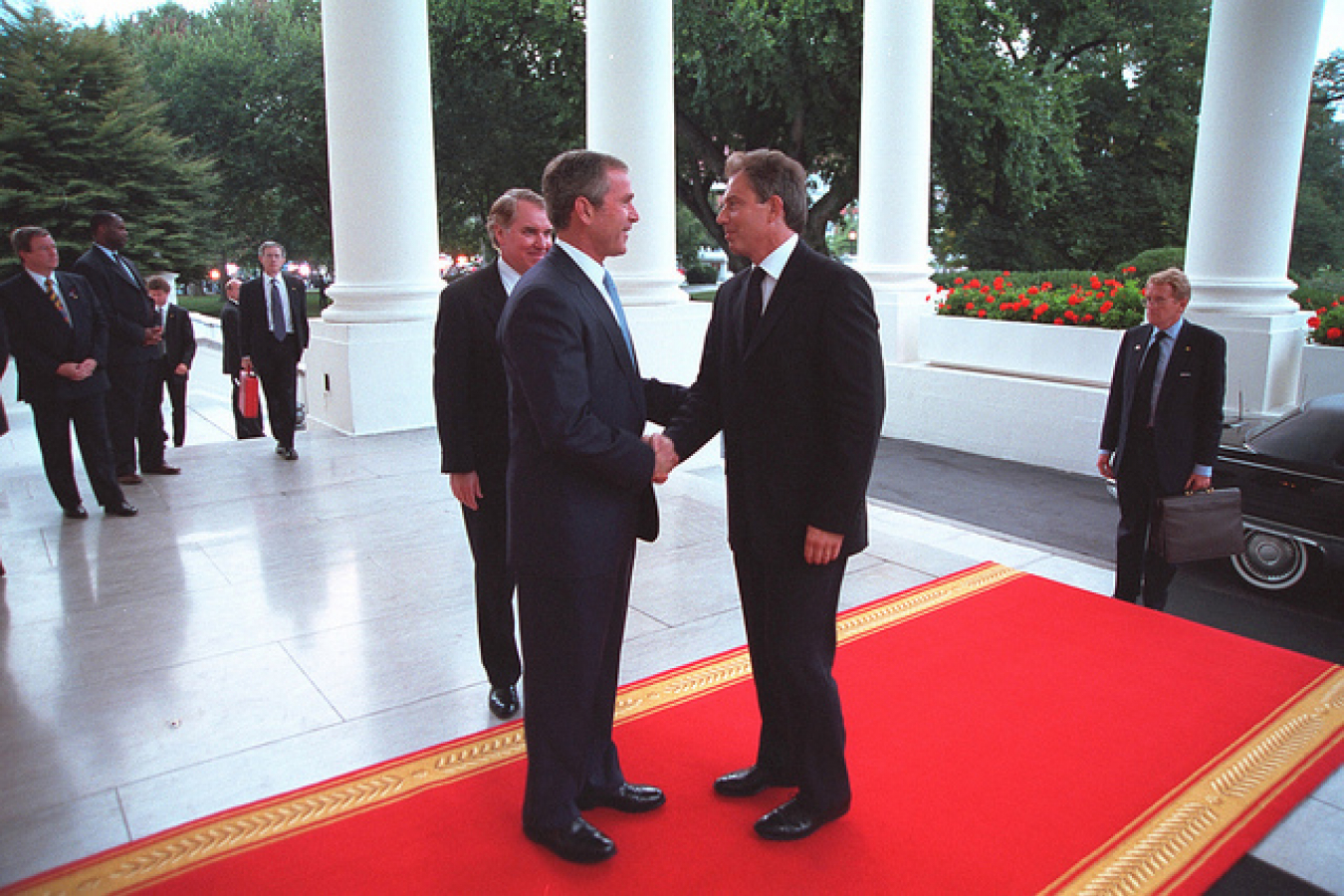 The former Labour Prime Minister of the UK, Tony Blair, has warned the current Labour leader, Ed Miliband that he must not change Labour's immigration policy in order to try to fight off the electoral threat posed by the UK Independence Party (UKIP).

Speaking on BBC Radio 4's breakfast programme Today, Mr Blair said that UKIP was 'nasty and unpleasant' and warned that attempting to change tack to win votes back from UKIP would 'confuse its own supporters'.

UKIP was until fairly recently, a right-wing single issue party with a fairly small following. It campaigned for the UK to leave the European Union. In recent years, it has tapped into an anti-immigrant feeling in the UK by saying that while the UK is part of the EU, it cannot control its own borders because all EU citizens have the right to live and work in the UK (they can also stay without a job in some circumstances).

But, on May 22nd, UKIP won the UK's election for seats in the European Parliament. It took 27% of the vote and secured 24 of the UK's 73 seats. Labour came second with 20 seats and the Conservatives came third with 19.

The UKIP leader, Nigel Farage, described this victory as 'an earthquake' in British politics.

Mr Blair was clear that Labour should not attempt to change course to attract UKIP voters. He told Today 'The way to deal with UKIP is to stand up to them and take them on. What they are putting before people is a set of solutions that anybody who analyses where Britain has to be in the 21st century knows their solutions are regressive, reactionary and make Britain's problems worse, not better'.

A challenge to the political establishment

The UKIP victory is a challenge to the political establishment in the UK which has been, broadly speaking, unanimous in support of the UK's membership of the EU. Traditionally, UKIP took most of its support from the right-of-centre Conservative Party which was traditionally home to most 'eurosceptics'.

But in recent years, many more Labour voters have defected to UKIP. This is, in part at least, because of Mr Blair and his immigration policy. When Mr Blair was Prime Minister in 2004, eight eastern European countries, formerly part of the Soviet Bloc, joined the EU. They were known collectively as the A8 countries.

These countries, which included Poland, Estonia, Latvia, Lithuania, The Czech Republic, Slovakia and Slovenia, had standards of living significantly below that of the existing EU. Many also had high unemployment and many experts predicted that there would be a mass migration from the A8 to western Europe as young people left home in search of a better future.

Many EU countries, including Germany, France and Italy, used EU rules to put in place 'transitional controls' which prevented most people from the A8 from moving to those countries that put the controls in place.

Some campaigners, such as Migrationwatch UK, urged Tony Blair's Labour government to do the same. But the Home Office, the government department in charge of immigration matters, said that it would not do so. It relied on an estimate from the University of London which suggested that only 13,000 people would come to the UK from the A8 each year over the next decade.

In fact, some estimates suggest that 1,000,000 people came within a year. The UK is still home to large eastern European populations.

Since then, anti-immigrant sentiment in the UK has increased. Polling shows that about 75% of the population would like to see immigration levels reduced.

Working class Labour voters in particular seem to believe that the party no longer represents their interests but is, instead a party of the 'metropolitan elite' divorced from their concerns.

Mr Blair was unapologetic. He told the Today Programme, 'I would very strongly support the position we took both on immigration and Europe…I have always said, of course, you've got to have proper controls on immigration'.

Anti-immigrant feeling is 'a huge mistake for the country'

'You have to deal with those parts of the immigrant community that are rejecting the idea of integrating into the mainstream. But to allow that then to trend into anti-immigrant feeling is a huge mistake for the country'.

Mr Blair said that London was a great city because of its ethnic diversity. He said 'attitudes that are closed-minded, anti-immigrant, anti-EU, 'stop the world I want to get off', those attitudes don't result in economic prosperity or power and influence in the world'.