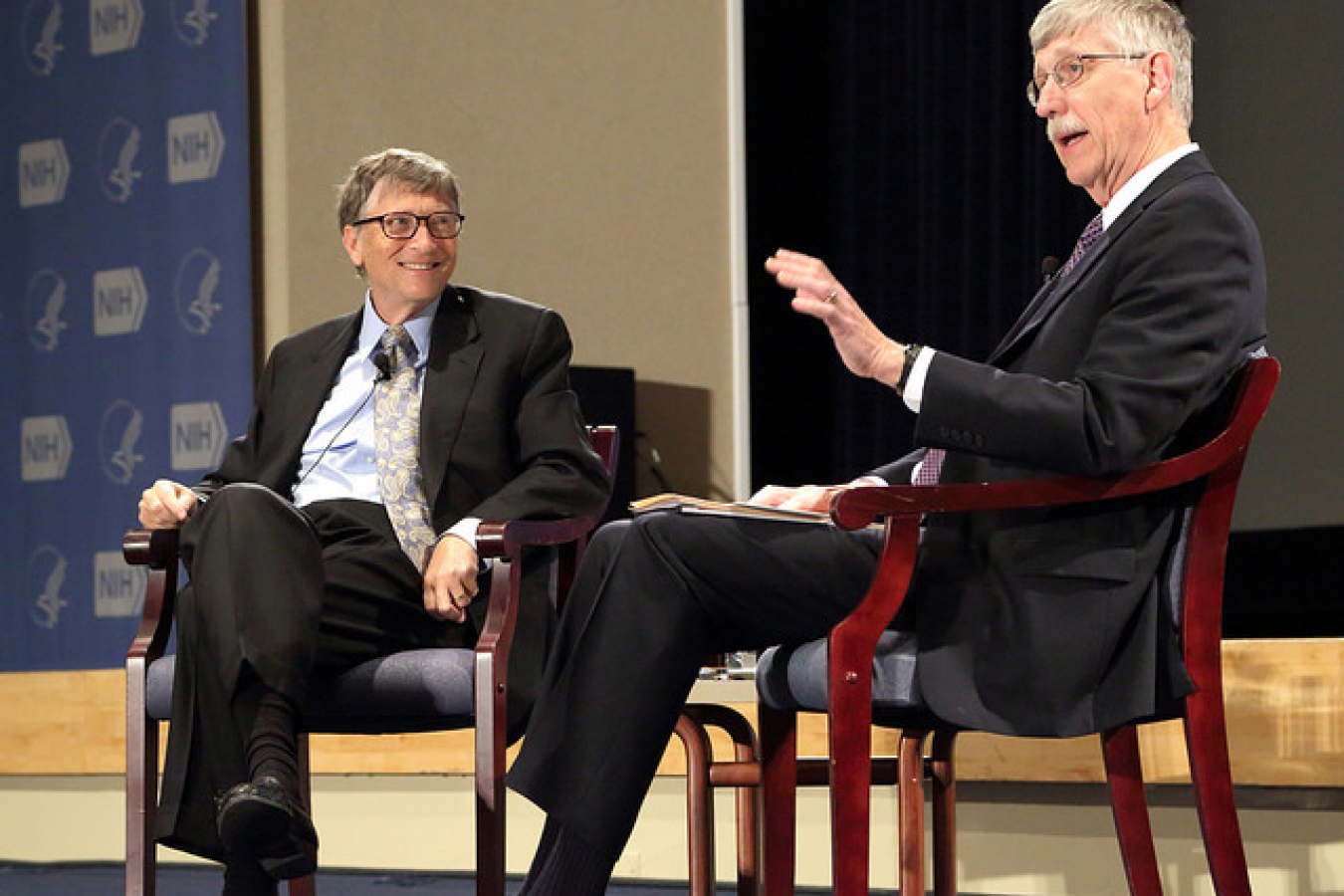 Photo by National Institutes of Health (NIH) on Flickr

Two of the most famous businessmen in the world, Bill Gates and Warren Buffett, have called on the US Congress to pass an immigration reform bill.

The two men were joined by a third US businessman, Sheldon Adelson, as signatories of an opinion piece in the New York Times in which they called on all parties, but particularly Republican members of the House of Representatives, to 'break the immigration impasse'.

Americans are 'shortchanged' by Congress

The three men authored an opinion piece which appeared in the New York Times on 10th July 2014. In it, there is a stinging rebuke to House Republicans. They say 'American citizens are paying 535 people to take care of the legislative needs of the country. We are getting shortchanged… Americans deserve better than this.

'Most Americans believe that our country has a clear and present interest in enacting immigration legislation that is both humane to immigrants living here and a contribution to the well-being of our citizens. Reaching these goals is possible. Our present policy, however, fails badly on both counts.The men say that, although each of them have differing political opinions, they believe that they could cooperate to create an immigration reform bill which would satisfy all of them. 'We hope that fact holds a lesson: You don't have to agree on everything in order to cooperate on matters about which you are reasonably close to agreement'.

This observation is intended as a stinging rebuke to Republican members of the House of Representatives, and in particular the speaker of the House John Boehner (Republican, Ohio).

To become law, a bill must be passed by both houses of the US Congress; the Senate and the House of Representatives. The Senate passed a comprehensive immigration reform bill, the Border Security, Economic Opportunity and Immigration Modernization Act, in June 2013.

As speaker of the House, Mr Boehner has the power over which bills are voted on. He claims that he will not allow a vote on the Border Security Act because he, and other Republicans, do not trust President Obama to enforce it.

In fact, the Republicans are worried that a vote on an immigration bill would split the party. In addition, many Republican representatives fear that, if they were to publicly back an immigration reform bill, anti-reform voters in their home districts might vote against them in primary elections this year.

Mr Boehner has now said that he will sue President Obama over his 'unconstitutional' use of his executive powers. It seems unlikely, therefore, that Mr Boehner will be in a mood to compromise with the Democrats to find a mutually acceptable bill.

US 'should welcome foreign students'

Gates, Buffett and Adelson feel strongly that the US should be more welcoming to foreign students at US universities. They say 'We believe it borders on insanity to train intelligent and motivated people in our universities - often subsidizing their education - and then to deport them when they graduate.

'Many of these people, of course, want to return to their home country — and that's fine. But for those who wish to stay and work in computer science or technology, fields badly in need of their services, let's roll out the welcome mat'.

The three men also call for reform of the EB-5 immigrant investor visa programme. The EB-5 visa allows foreign businessmen who invest at least $500,000 in a new US business and create 10 US jobs to gain permanent residence visas (known as green cards).

Gates, Buffett and Adelson say that there is evidence of widespread fraud in the programme. They say 'Their citizenship could be provisional - dependent, for example, on their making investments of a certain size in new businesses or homes'.

In fact, those who apply for EB-5 visas apply for conditional permanent residence which can become full permanent residence (not citizenship) after two years as long as they comply with their obligations under the EB-5 entrepreneur visa. It could be that the three billionaires are actually calling for this period to be extended.

The most controversial provisions of the Border Security bill concerned the creation of a 'pathway to citizenship' for most of the 11.5m illegal residents living in the US.

Polling consistently shows that a majority of American citizens would like illegal residents currently residing within the US to be able to 'come out of the shadows' and legalise their status. Some polls show that more than 80% of those polled favour such a move.

However, there is a sizeable minority, mainly right-wing Republicans, who oppose any such move.

These right-wing Republicans, many of whom are sympathisers with the grass-roots Tea Party movement, say that to allow illegal residents to stay in the US would reward them for entering the country illegally.

They also fear that most of the migrants would be likely to vote for the Democrats if they were allowed to become citizens. 80% of illegal migrants are of Hispanic ethnicity and Hispanics vote overwhelmingly for the Democrats.

Adelson, Gates and Buffett write 'The [Border Security] bill included a sensible plan that would have allowed illegal residents to obtain citizenship, though only after they had earned the right to do so. Americans are a forgiving and generous people, and who among us is not happy that their forebears - whatever their motivation or means of entry - made it to our soil?'

The men go on to say that they government must take steps to ensure that, in future, illegal immigrants will find it harder to reach the US.

'It's time for the House to pass an immigration bill'

They say 'Whatever the precise provisions of a law, it's time for the House to draft and pass a bill that reflects both our country's humanity and its self-interest. Differences with the Senate should be hammered out by members of a conference committee, committed to a deal.

'A Congress that does nothing about these problems is extending an irrational policy by default; that is, if lawmakers don't act to change it, it stays the way it is, irrational'.