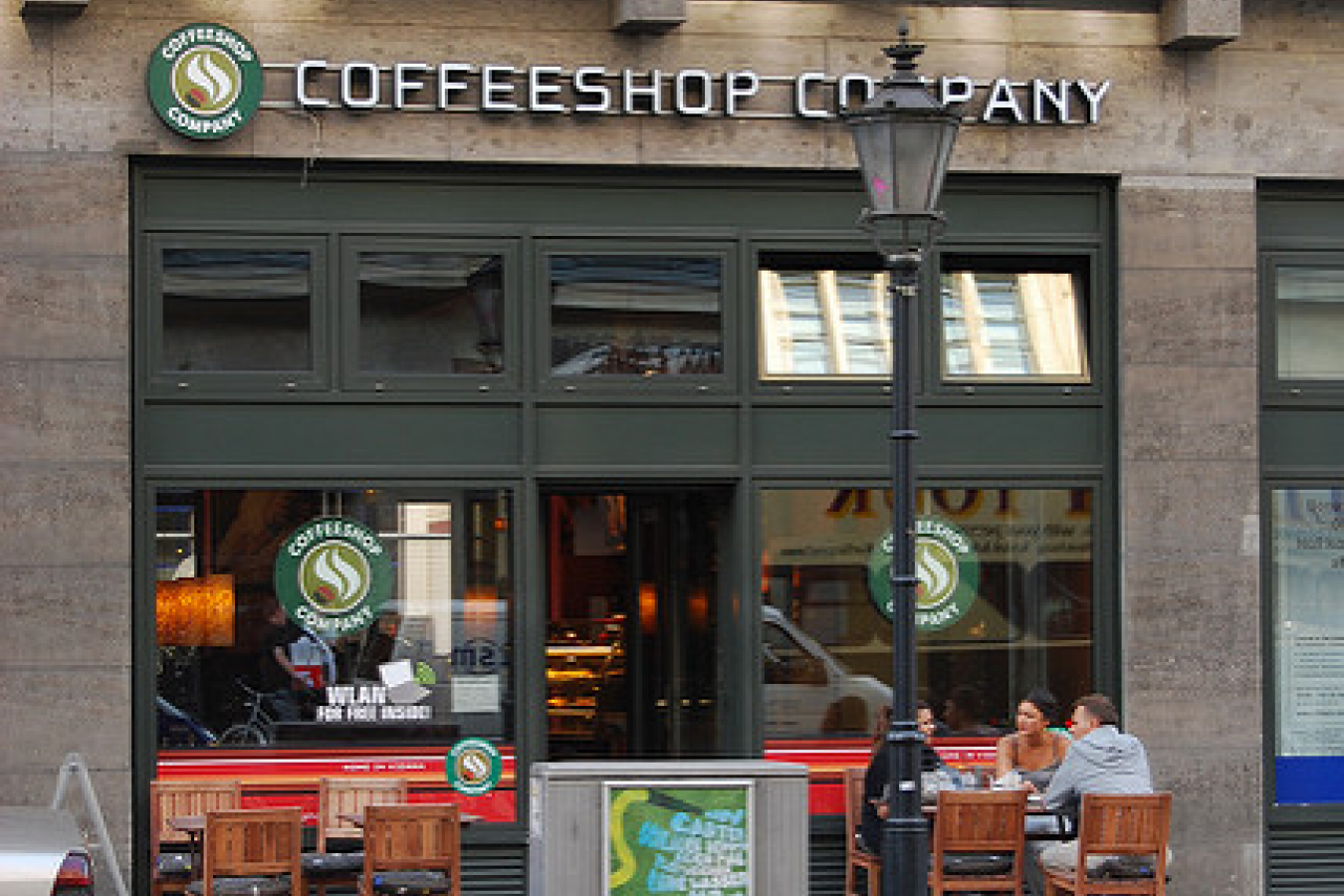 Benedikt Thoma recalls the moment he began to think seriously about leaving Germany. It was in 2004, at a New Year's Day reception in nearby Frankfurt, and the guest speaker, a prominent politician, was lamenting the fact that every year thousands of educated Germans turn their backs on their homeland.

"That struck me like a bolt of lightning," said Thoma, 44, an engineer then running his family's elevator company. "I asked myself, `Why should I stay here when the future is brighter someplace else?'"

In December, as his work with the company became an intolerable grind because of labor disputes, Thoma quit and made plans to move to Canada.

In its wide-open spaces he hopes to find the future that he says is dwindling at home. As soon as he lands a job, Thoma, his wife, Petra, and their two teenage sons will join the ranks of Germany's emigrants.

There has been a steady exodus over the years, but it has recently become Topic A in a land already saddled with one of the most rapidly aging and shrinking populations of any Western nation. With evidence that more professionals are leaving than in past years, politicians and business executives warn about the loss of their country's best and brightest.

Emigration by the numbers

Among the more popular programs on German television is Goodbye Deutschland!: the Emigrants, a 12-part series chronicling several families who have forsaken Germany for South Africa or southern Spain.

The trigger for this latest bout of angst was the release last fall of new government statistics showing that 144,800 Germans emigrated in 2005, up from 109,500 in 2001. At the same time, only 128,100 Germans returned, a decline of nearly 50,000 from the year before. That made it the first year in nearly four decades that more people left than came home.

Demographic experts also say the nature of the emigrants is changing. These are not just young unskilled workers like those who fled the economically blighted eastern part of Germany after the country was reunified in 1990 to work in restaurants in Austria or Switzerland.

They are doctors, engineers, architects and scientists - just the sort of highly educated professionals that Germany needs to compete with economic up-and-comers like China and India.

"It's not a problem of numbers as much as brain drain," said Reiner Klingholz, the director of the Berlin Institute for Population and Development. "What we desperately need in the near future are talented and qualified people to replace those who will retire in 15 to 20 years."

Other experts contend, though, that such fears are overblown. Germany has long sent its scientists and engineers to work or study abroad, they say, with the number of returnees historically balancing out those who leave. The latest statistics merely reflect an acceleration of that trend, as German academia and industry adjust to an increasingly global economy.

"Whenever the subject of migration comes up, Germans get very nervous," said Claudia Diehl, a sociologist at the University of Goettingen who has studied migration patterns.

The numbers, she said, may also overstate the incidence of brain drain, because they do not distinguish between native and naturalized Germans. For example, Turkish guest workers who adopt German citizenship and later go home are classified as German emigrants.

Germany is not the only European country losing people. Nicolas Sarkozy, the conservative presidential candidate in France, recently held a rally in London, home to 300,000 French emigrants, urging them to return and "make France a great nation."

The number of French citizens living in the United Kingdom jumped 8.4% in 2005, according to government statistics. But the total number of French people living outside the country grew only 1.2%, or 15,300 people, roughly equivalent to Germany's net loss of about 16,700 citizens.

Caveats aside, there is plenty of anecdotal evidence that Germany has become less attractive for people in fields like medicine, academic research and engineering. Those who leave cite chronic unemployment, a rigid labor market, stifling bureaucracy, high taxes and the plodding economy - which, though better recently, still lags behind that of the US.

As Friedrich Boettner, a German orthopedic surgeon at the Hospital for Special Surgery in New York, puts it: "I make more money. I've got more opportunity. New York was the chance of my lifetime."

German salaries, he said, are not competitive with those in the United States or Britain, and the hierarchical structure of some professions in Germany discourages ambitious young people from staying.

The medical field, in which advancement is controlled by powerful chief doctors, has been hit particularly hard, with 2,300 doctors leaving in 2005 alone.

"In Germany, it is nearly impossible to make a medical career unless you go into a pipeline and wait for your time," said Helmut Schwarz, vice president of the German Research Foundation. "You've got little time to pursue research and you're under the thumb of your director."

In Thoma's view, the root of the problem goes deeper.

Germany, he said, has a "blockage" in its society.

"Germans are so complacent," he said, sitting at the dining table in his neat-as-a-pin home here. "They don't want to change anything. Everything is discussed endlessly without ever reaching a solution."

He cites the stalemate between his family's firm and its 89 employees as an example. After the firm became unionized, he said, the two sides began bickering over wages and working conditions.

With much of his 80-hour workweeks eaten up by those disputes, Thoma said he had developed high blood pressure and other ailments. He told his brothers he was burned out and ready to leave.

With an engineering degree and a nest egg from his stake in the family firm, he should have no problem leaving. While the European Union's expansion has given Germans more options, their two favorite destinations are outside it in Switzerland and the U.S.

Surveying the map, Thoma settled on Canada, which his family had visited six years ago and loved. They were drawn to the natural beauty and the sense of possibility. They also viewed it as a compromise between the social model of Europe and the market orientation of the U.S.

Thoma confessed to doubts about how many jobs Canada had for someone with his specialty. He will go to Toronto this month to scout for work.

"My problem is that I'm not a truck driver," he said with a shrug. "Canada has a shortage of truck drivers."

Despite the trauma of starting over, Thoma and his wife said they were sure their children would have a better future in Canada.

The government of German Chancellor Angela Merkel is trying to improve the nation's attractiveness with several initiatives, including a plan to create more competitive universities to lure back expatriate researchers.

But while the country's economy regained traction somewhat last year, Merkel has made little progress in loosening the labor market. A campaign to scale down health care spending was tied up by politics, resulting in a modification that critics say hardly deserves the name reform.

The health care debate drove 20,000 physicians into the streets last year to demonstrate for higher wages and better conditions.

Many are not waiting around to see if things improve.

Nina Lenhoff, 31, from Munster, moved to London for training in psychiatry because she thought it would be nice to live in another country.

"But once I got here, I was just amazed," she said.

Her salary is nearly double what she earned in Germany and when she had a baby 18 months ago, she was able to work part time - something she said would not have been possible in Germany.

The same is true for Boettner, 35, who studied orthopedics in Munster and got a taste of New York when he trained for a year in arthroplasty, or joint replacement, at the Hospital for Special Surgery.

Back home in 2001, Boettner found that Germany did not yet appreciate that specialty. He also dreaded the formality of the medical system, rooted in a society where people still address their superiors with formal titles like "Herr Professor Doktor."

When the Hospital for Special Surgery offered Boettner his own practice last year - at a starting salary three times what he would be earning at home - it was not a tough call.

Now ensconced on Manhattan's Upper East Side with his wife and two daughters, he said he could not imagine going home. He knows other German expatriates who feel the same.

"If you ask me about doctors, lawyers or engineers who are in their 30s and have made it in Germany," he said, "I don't know of anyone." 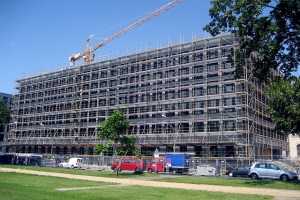 Comments (0)
Germans are leaving their country in record numbers, but unlike previous waves of migrants who fled 19th century poverty or 1930s Nazi terror, these modern day refugees are trying to escape a new...