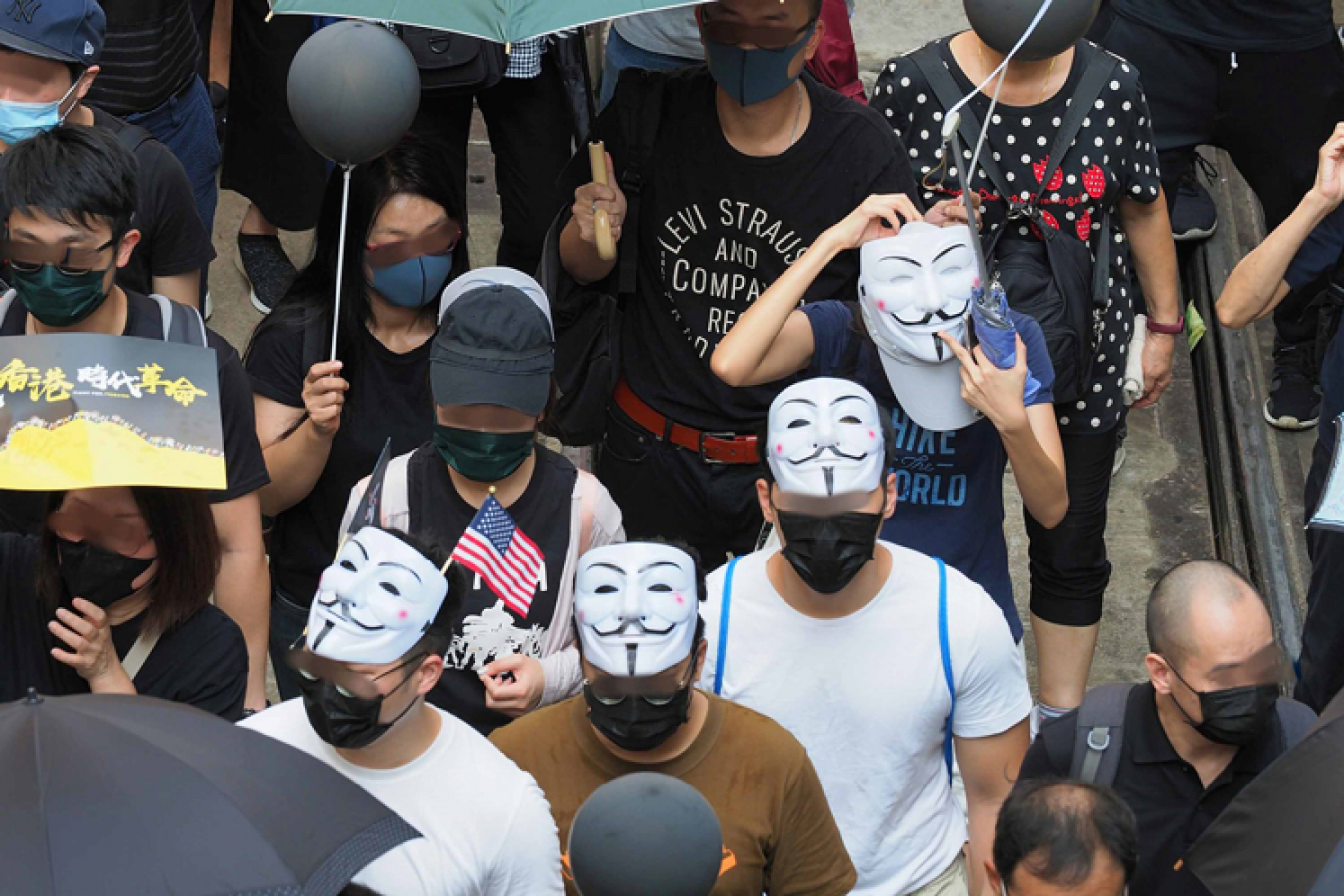 In an opinion piece for The Guardian, prominent Hong Kong activist Nathan Law revealed that he has applied for UK asylum. Earlier this month, workpermit.com reported that Mr Law, along with fellow activist Beatrice Li, had met with UK Home Secretary, Priti Patel ahead of the launch of the BNO visa, exclusively for Hong Kong residents.

Mr Law, a Nobel Peace Prize nominee, has an arrest warrant against him in Hong Kong. Writing for The Guardian, Mr Law said that he has chosen to seek asylum in the UK in the ‘hope of raising the alarm over threats to democracy in Europe from China.’

Having fled Hong Kong six months ago, on the eve of China’s controversial national security law coming into force, Mr Law explained his decision to submit a UK asylum application in detail.

In his opinion piece for The Guardian, Mr Law wrote: “For a long time too many laboured under the fantasy that China would be a strategic partner with the west, perhaps even one part of the democratic world.”

“The process of awakening from this illusion takes time. In the US, adopting an assertive approach to China and positioning it as one of the country’s greatest enemies is a bipartisan consensus now. This is not the case in the UK and EU; that consensus needs to be built,” Mr Law added.

Across Europe, there is growing concern over Beijing’s expansionism, and the susceptibility of European countries – many of which have strong trade ties – to Chinese influence across areas such as education.

Initially, Mr Law did not disclose that he had fled to the UK after leaving Hong Kong, only informing his social media followers some weeks later, stating that he had left because of the ‘unknown dangers’ that he faced under China’s new security laws. He also explained that he had spoken with US Congress about the growing crisis in his homeland.

In his column for The Guardian, Mr Law wrote: “The departure of a prominent activist signalled that something very wrong had happened in the city. My story was broadcast globally, raising awareness about Hong Kong’s plight.”

Notoriety as an activist

Law first earned notoriety as an activist when he joined the ‘umbrella movement’ protests in 2014, which demanded universal suffrage for all Hong Kong citizens. Following the protests, Law teamed up with Joshua Wong and Agnes Chow to form the political party, Demosisto.

Four of the party won seats on Hong Kong’s Legislative Council, but were later disqualified.

In the 2019 protest movement, Law, Wong and Chow became prominent voices opposed to a proposed extradition bill before this expanded into a wider pro-democracy movement. Several more protests followed resulting in a brutal crackdown on protestors by authorities.

The trio have since become regular targets for accusations of seeking foreign influence. Following the launch of China’s new national security law on 30 June, their political party was disbanded, while Chow and Wong have since been imprisoned for protest-related offences.

It wasn’t until October that a judge in Hong Kong issued an arrest warrant for Law and fellow activist Sunny Cheung – who  also fled Hong Kong – after the two failed to appear in Court. The pair were charged with unauthorised assembly after defying coronavirus pandemic warnings to commemorate the Tiananmen Square massacre.

China’s new security laws have sparked widespread condemnation with many countries imposing sanctions on the Communist state, including the UK and the USA.

The UK will open its new BNO visa on 31 January, 2021 offering eligible Hong Kong nationals a route out of their homeland and the opportunity to settle in Britain.

Commenting on the BNO visa scheme in his meeting with Priti Patel, Law said: “The BNO scheme means a lot to Hong Kong people who had tasted freedom but gradually losing it. It helps them to live free from political persecution. I am very grateful to the Home Secretary Priti Patel for her effort in crafting this policy and we had a constructive dialogue about it.”

Concluding his opinion piece for The Guardian, Mr Law wrote: “I’ve been warmly welcomed in the UK, where I’m allowed to speak freely and my voice is amplified by Parliament and the media.

“With the effort of my friends and colleagues both in the UK and in Hong Kong, a stronger force for human rights and freedom will be forged. No matter what hurdles we face, as HongKongers, we will never surrender.” 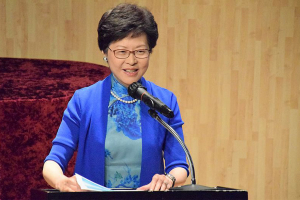 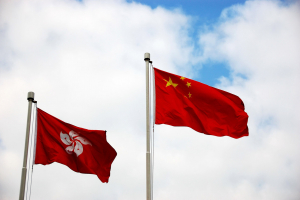