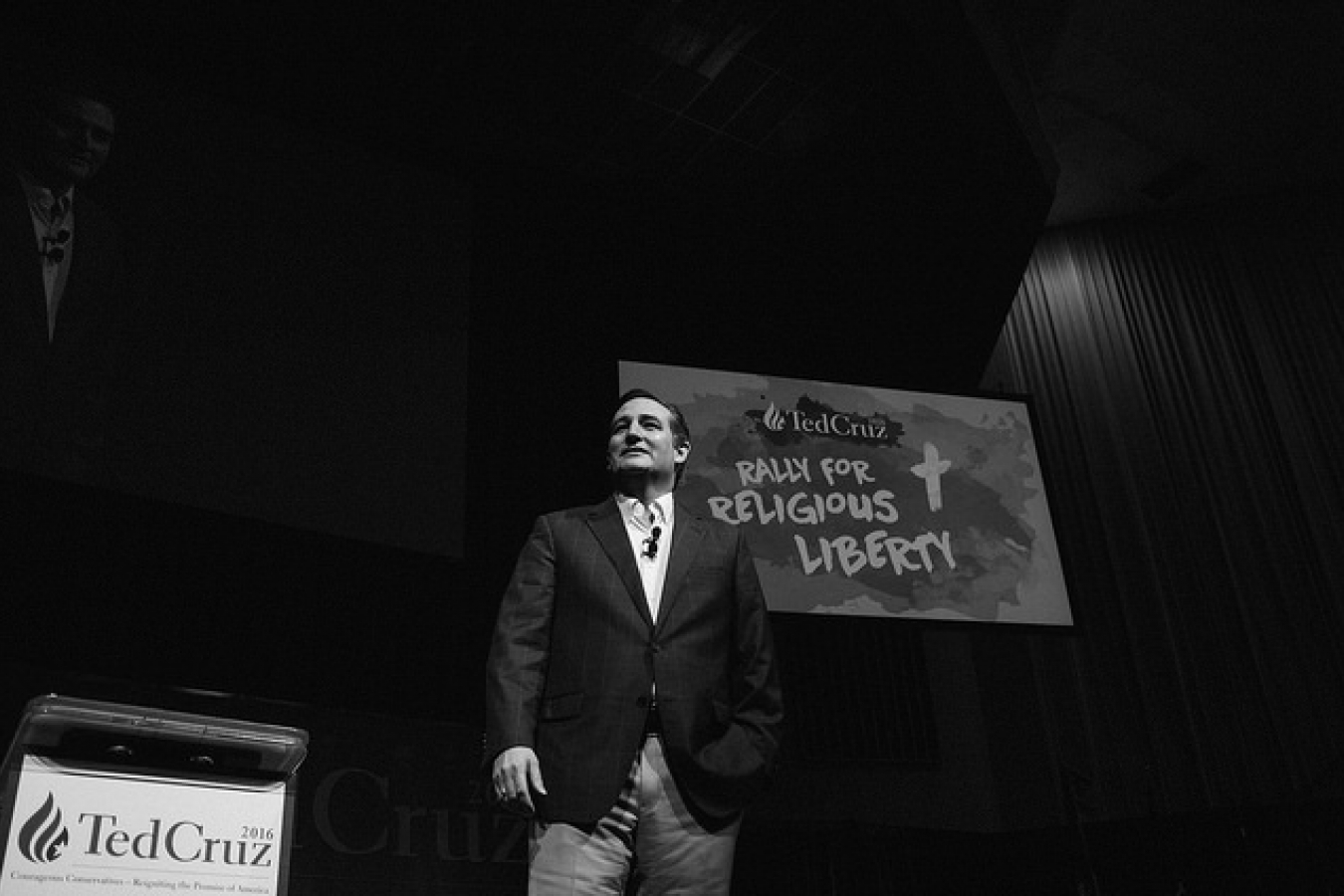 Donald Trump (referred to as "the glorious leader" in a neo-Nazi website), the billionaire real estate tycoon and frontrunner for the Republican Presidential candidacy, is on the attack when it comes to US immigration. The Trump campaign has recently turned its attention to Sen. Ted Cruz – a rival in the race for the Republican nomination for President of the United States.

Lets not also forget that there is some evidence to suggest that Trump (a former Democrat supporter) himself is in reality a pro-immigration amnesty liberal who depends on illegal immigrants to work at Trump construction sites. Are both Trump and Cruz both in reality immigration liberals pretending to be tough on immigration just to get votes?

A recent TV advert released by Donald Trump's campaign team attacks Ted Cruz for 'flip-flopping' on the issue of US immigration back in 2013. Cruz had proposed amendments to the 'Gang of Eight,' comprehensive immigration reform (CIR) bill that would help the bill to pass.

Gang of Eight refers to the bi-partisan group of eight Senators – made up of four Democratic and four Republican senators - who wrote the 2013 CIR bill. The eight senators include:

The Trump (also known as "The Donald") TV advert, which has most recently been aired across South Carolina as part of the build-up to the state's Republican primary on February 20, goes like this:

Ted Cruz: "Of course I wanted the bill to pass — my amendment to pass. … What it doesn't mean is that I supported other aspects of the [2013 immigration reform] bill."

Data published by the Political TV Ad Archive reveals that the advert had in fact been aired around 400 times across the state of South Carolina as of February 9. However, an article published by The Washington Post newspaper accuses the Trump TV advert of promoting false claims about undocumented migrants 'pouring' across the southern border.

Are Trump and Cruz in reality liberals on immigration?

The Washington Post disagrees with Trump's claims and analysed the advert in detail. The ad opens with a clip of Ted Cruz during an interview with the Fox News Channel in December 2015. Cruz declared that he had introduced his amendments as a 'poison bill' to disrupt the 2013 Gang of Eight CIR bill.

The ad then switches to a clip from a Senate judiciary hearing in May 2013, highlighting a particular statement made by Cruz: "I want immigration reform to pass … and that allows those here illegally to come out of the shadows." Perhaps unsurprisingly, the Trump advert suggests that Cruz is 'pro-immigration' and 'pro-amnesty.'

The ad even implies that Cruz is lying in an attempt to explain away his proposed amendments in 2013. However, The Washington Post claims that it has 'explored the issue in-depth' and deems it to be quite complicated.

According to 'The Washington Post', it's impossible to come to the conclusion that Cruz was lying as only he knows what his true intention was with his proposed amendments. Putting Trump's TV advert aside, the facts – according to The Washington Post - tell a different story.

What is known is that the five amendments being proposed by Cruz would have 'tripled the number of Border Patrol agents and quadrupled equipment along the border; denied means-tested government benefits to those who entered illegally; stripped away the pathway to citizenship; expanded legal immigration by increasing employment-based immigration; and raised the limit on the number of H-1B visas for high-skilled workers.

Fast-forward to 2015 and Cruz claimed that his support for legalization was 'all a show'. He now claims to have never supported legalization and that he only introduced the amendments to derail what he described as the 'fragile coalition' that was established around the bill.

The Washington Post asserts that there is evidence to suggest that certain elements of Cruz's amendments would have led to the breakdown of negotiations by immigrant groups, labor unions, the Chamber of Commerce, Democrats, Republicans and others who formed the coalition.

However, what is clear is that there is no way to determine which version of Cruz's story is the truth. What can be concluded is that Cruz was being dishonest then, or is being dishonest now.

Trump and US immigration

The Trump TV advert mentions "The Glorious Leader's" somewhat exaggerated claims about the number of undocumented US immigrants in the US. Particular focus is given to his claims that they are 'pouring' in across the southern border and causing a significant increase in US crime numbers.

However, figures published by the Pew Research Center contradict Trump's assessment of illegal US immigration. Data indicates that illegal immigration flows have dropped to their lowest level for at least 20 years. While the US undocumented immigrant population surged between 1990 and 2007, more than tripling to 12.2 million , current data shows that this number has fallen by 1 million.

A wave of undocumented immigrants arriving from Mexico reached its peak in 2000, resulting in more than 1.6 million people being apprehended, according to data gathered by the Department of Homeland Security. Ever since the 2012 fiscal year, these numbers have declined by approximately 400,000 per year and continued to show a downward trend in 2015.

Aside from discrediting Trump's claims concerning undocumented immigrants, The Washington Post also disagreed with his claims that rising illegal immigration and rising crime numbers are linked. During a recent, infamous speech Trump said rising Mexican immigrant numbers were responsible for a crime wave sweeping across the southern border.

The lack of evidence to support Trump's claim indicates that the real estate magnate is simply making it up. The Washington Post states that 'no solid data exists that would give basis to Trump's claim that an influx of crime from Mexico is occurring, or that it's doing "tremendous" damage to crime rates.'

While the US public may associate increased illegal immigration with rising crime rates, government figures show that crimes committed by illegal aliens are minimal. In fact, non-US citizens account for a tiny percentage of prisoner numbers in US state prisons and jails when compared with the overall total of the country's population.

Connecting crime with illegal immigration is complex. After all, undocumented migrants do commit crimes, but so do legal immigrants and US-born citizens. What is apparent though, is that crime rates among non-citizens and inmates with unknown or illegal immigrant status do not support Trump's claims that there is a crime wave caused by immigrants.

US Republican politicians in the Presidential race, especially Trump, used the San Bernardino shooting to political advantage. Demonising muslims it was felt was a vote winner. Some would liken this to Hitlers Germany where demonising jews was used to gain support by the Nazi Party. What people have also failed to mention is that eighty four percent of massacres in the US are committed by white males.

The Washington Post concludes that the Trump TV advert does have grounds on which to question Ted Cruz's statements about his proposed amendments in 2013 and 2015. Yet, while there is a case for criticism, the ad's suggestion that Cruz is 'pro-legalization' or 'pro-amnesty' can be considered wide of the mark because the advert doesn't provide any context for Cruz's statements.

Trump's vitriol towards undocumented immigrants - amid claims that they are 'pouring' in across the southern border and contributing to rising crime rates - is wholly inaccurate. However, it has to be said that so far Trump has been very good in attracting votes by appealing to people's ignorance and bigotry. Partly thanks to Trump the US immigration issue will be an important issue come Presidential Election Day, which is scheduled for November 8, 2016. Will "the glorious leader" be the Republican Presidential candidate then? It seems very possible. 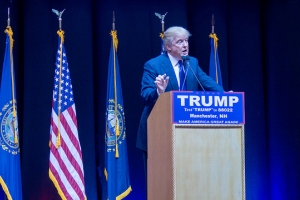 Comments (0)
"Immigrants are like poisonous snakes that bite the hand of the person who lets them in," according to the leading candidate for the Republican Presidential nomination, Donald Trump. His recent slur... 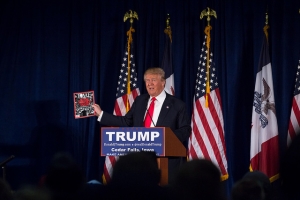 Trump's own Church attacks him on US immigration policy

Comments (0)
Donald Trump, the billionaire real estate tycoon and frontrunner for the Republican nomination for the US Presidency, continues to make headlines for his extreme views on US immigration policy. His... 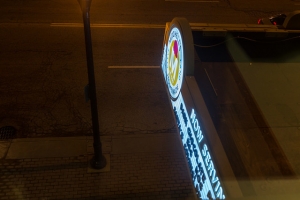