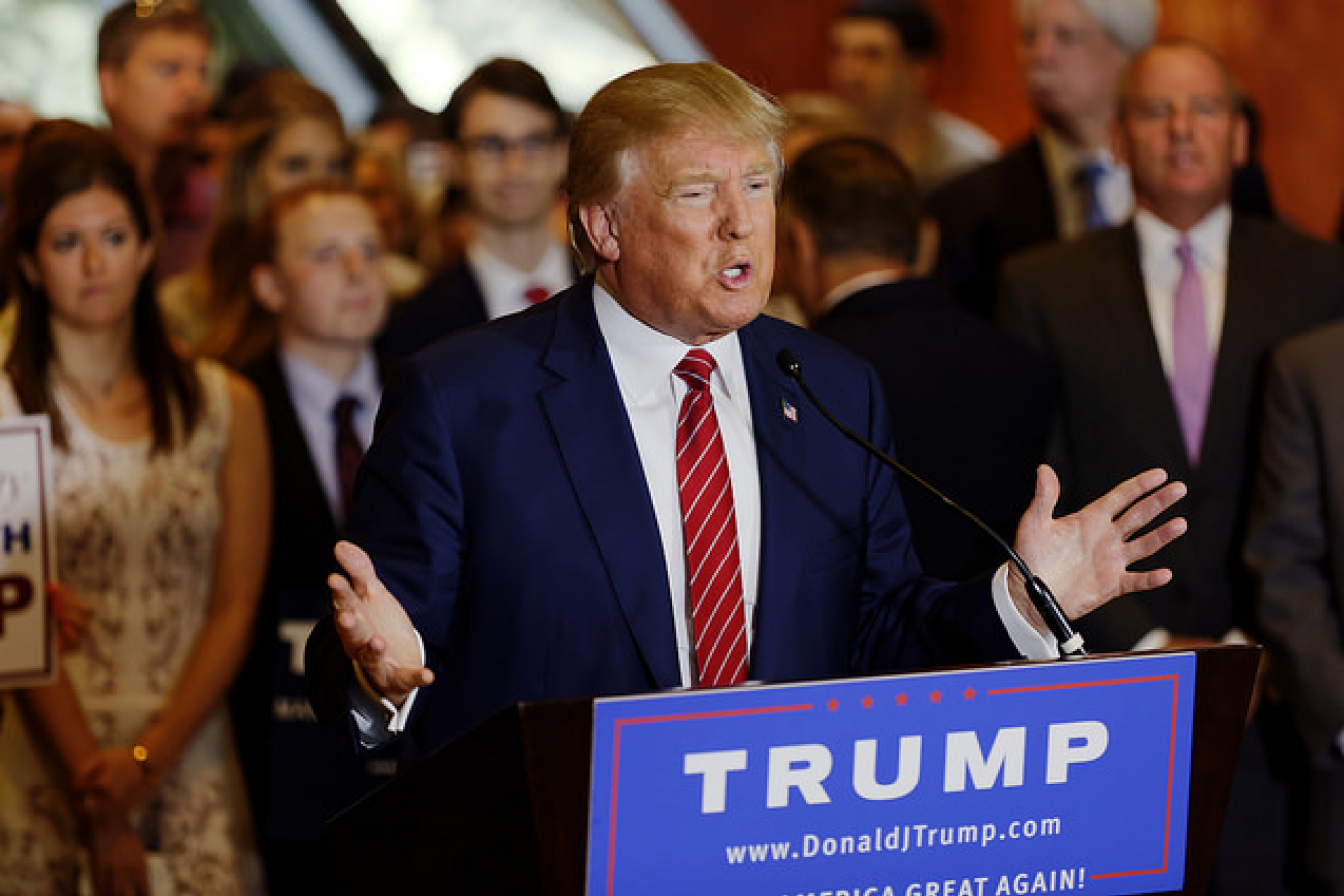 During a Fox News debate on March 3, Republican Presidential candidate Donald Trump appeared to have done a u-turn on his stance concerning entry of overseas workers on US L-1 and H-1B visas. It has been said that "The Donald" Trump changes his mind so often that no one really knows what he would wish to do on immigration if he becomes President.

Trump referred to as "The Glorious Leader" on an American Neo-Nazi site has recently been described as being a hypocrite by the right wing National Review:

Trump had previously said that the current US visa system enables employers to "replace any worker with cheaper foreign labor" and that employers have the "legal right to pass over Americans, displace Americans, or directly replace Americans for good-paying middle class jobs." Trump companies are well known for favouring foreign workers over US workers and for employing illegal immigrants.

Now Trump who has married three immigrants himself seems to have become a liberal on immigration again. Speaking to Megyn Kelly, a political commentator for Fox News, Trump said: "Silicon Valley actually does need to import tech workers for jobs instead of hiring Americans. We need highly-skilled people in this country." When Kelly pressed him on statements made on his website that contradict this apparent new policy on allowing in more immigrants, he said: "I've changed my mind."

Trump has become somewhat of a controversial figure on matters of US immigration having labelled Mexicans rapists, proposed a ban on all Muslims entering the US, had disagreements with the Pope on Mexican immigrants, and been attacked by his own church denomination about his views (at least some of the time) on US immigration.

His reversal on US guest worker visas coincides with a recent endorsement from Republican Senator, Jeff Sessions, of Alabama, who has hard-line anti-immigration views. Perhaps Mr Sessions is now regretting his endorsement of Donald Trump.

Trump had previously bought into many of Sessions' ideas on immigration, one of which included further restrictions on the H-1B visa program. Trump's website states: "We need companies to hire from the domestic pool of unemployed,".

However, when Kelly reminded him of the statement featured on his website, Trump said that his viewpoint on the visa programs had changed.

The likes of Disney and Southern California Edison have come under the spotlight recently after claims that that they had been laying off hundreds of US workers, and then replacing them with H-1B visa holders. Apparently US workers axed were forced to train their replacements under threat of losing final wages and being given bad references.

Large corporations and other businesses continue to say that there is a shortage of highly-skilled tech workers and they're demanding that the supply of overseas workers be increased. Trump's 'new-found' viewpoint would seem to make him more sympathetic to this point of view: "Silicon Valley needs 'high-skilled' workers, and the country needs to bring in more high-skilled workers."

Trump Statement claiming that he is still hardline on Immigration

Upon conclusion of the Fox News debate, the Trump campaign issued a statement regarding Trump's comments, which read:

"Megyn Kelly asked about highly-skilled immigration. The H-1B program is neither high-skilled nor immigration: these are temporary foreign workers, imported from abroad, for the explicit purpose of substituting for American workers at lower pay. I remain totally committed to eliminating rampant, widespread H-1B abuse and ending outrageous practices such as those that occurred at Disney in Florida when Americans were forced to train their foreign replacements. I will end forever the use of the H-1B as a cheap labor program, and institute an absolute requirement to hire American workers first for every visa and immigration program. No exceptions."

This actually is nonsense. The H-1B visa program allows entry only of professional level workers. The salary levels are highly regulated.

Meanwhile, reports have emerged from news outlet Buzzfeed - along with other media agencies - claiming that the New York Times has acquired audio recordings of an 'off-the-record' interview with Trump, which outlines his alleged 'true intentions' concerning US immigration policy. 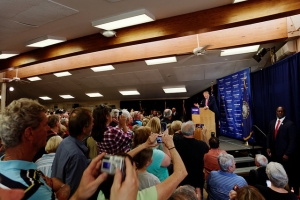