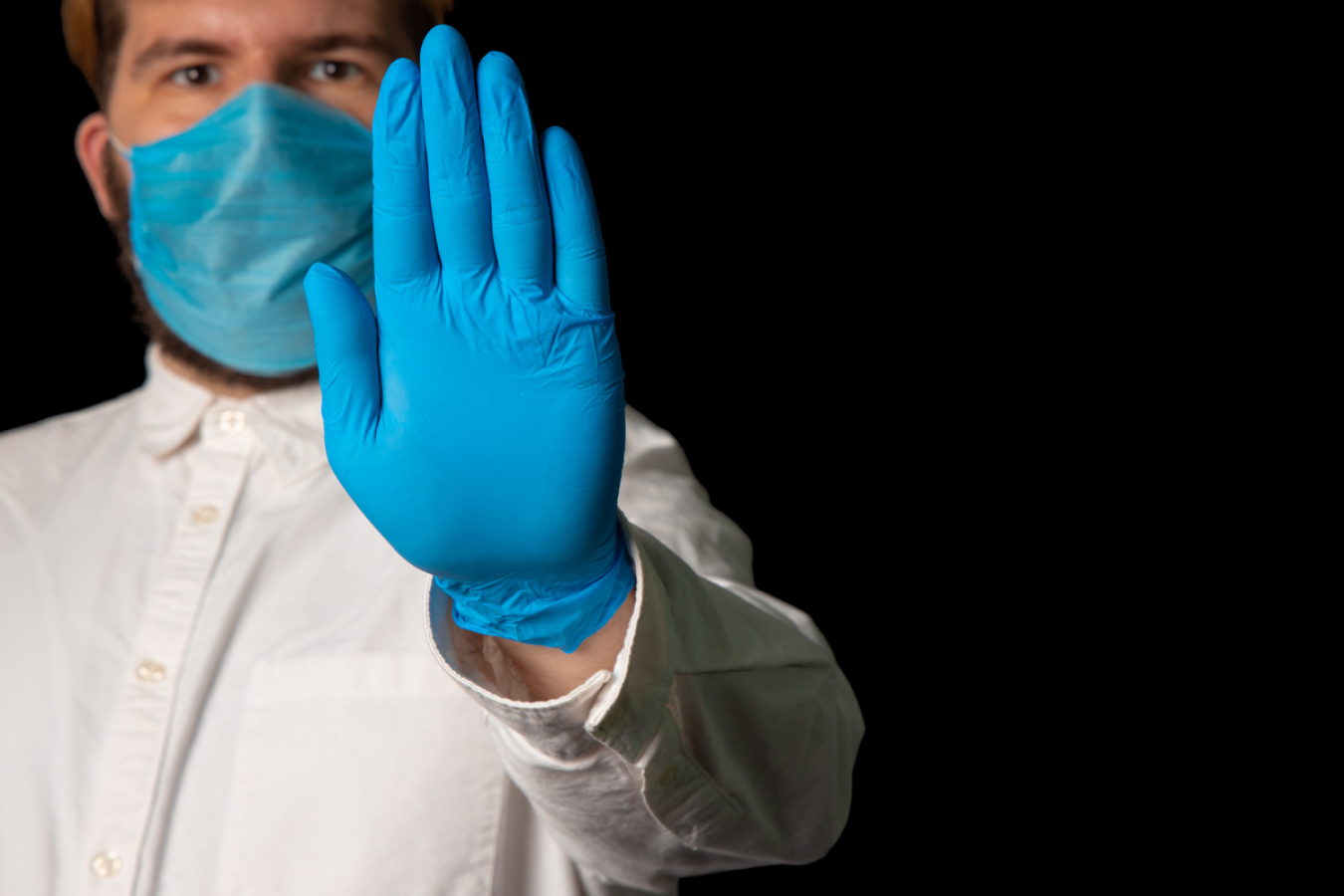 The Joint Council for the Welfare of Immigrants (JCWI) has warned that thousands of EU care workers in Britain risk being criminalised and losing their UK immigration status. According to the JCWI, there is a ‘lack of knowledge’ about the EU Settlement Scheme, which EU citizens need to apply for in order to remain in the UK after June 2021.

The JCWI’s warning comes despite recent reports that nearly five million people have applied for the scheme as of December 2020 – but the Home Office has no idea how many EU nationals live in Britain, so it’s unknown whether all those that are eligible have applied.

According to the JCWI, the outlook for the care sector is bleak - at a time when it has already been devastated by the impact of the coronavirus - because a large contingent of the EU workforce is unaware that they need to apply for settled status.

Tens or hundreds of thousands at risk

A JCWI report warns that even if a small fraction fail to apply for the EU Settlement Scheme, this could mean that tens or even hundreds of thousands of EU care workers are at risk of losing their UK immigration status.

The JCWI came to its conclusion based on evidence gathered from an online survey and in-person interviews with 295 EU care workers. The JCWI’s research found that one in seven surveyed online were unaware of the EU Settlement Scheme or unsure of what it is. Meanwhile, one in three didn’t realise there was a deadline by which they had to apply.

Figures compiled from the in-person interviews appeared far starker, with one in three EU care workers completely unaware of the EU Settlement Scheme, while 50% had no clue there was a deadline.

The care industry has faced severe cuts in recent years, while a reported 250,000 non-UK nationals work across the care sector – representing 16% of the workforce. 113,000 are EU citizens.

Lack of outreach by the Home Office

The Home Office has come under fire for the apparent lack of awareness of the EU Settlement Scheme, with campaigners arguing that the government agency has done very little outreach and offered minimal support to help people apply. However, this has been exacerbated by the loss of in-person meetings amid the coronavirus pandemic.

Portuguese national, Susana Auger, is a care worker living in Chippenham. She told The Independent that she had applied for, and was granted, settled status in the UK. However, she said that she was ‘fortunate to have the skills and support to do so’, but many of her care work colleagues do not.

49-year-old Auger told The Independent that she wasn’t surprised by the JCWI report’s findings. Ms Auger has lived in Britain since 2013 and is married to a UK national. She said that a lack of English skills, minimal support and no access to smartphones are major barriers to care workers applying for the scheme.

Ms Auger said: “There are a lot of care agencies out there that just want the profit. They won’t help the carers to apply for settlement, they are there to make money, and the carers have to sort out their own problems.”

“There are small networks of support here and there, but a lot of people don’t know about them. Lots of people in the sector don’t speak English, which presents another barrier. Many of the houses that live-in carers live and work in don’t have broadband, so they can’t access the internet – especially with libraries, cafes and pubs now closed,” Ms Auger added.

Ms Auger has urged government ministers to improve its outreach support for care workers to make sure they apply. She said: “They could do that if they wanted to, and I think they will want the carers to continue to work here. There aren’t enough carers here as it is.”

Although the Home Office has made £17 million in funding available to 72 charities across the UK to help people apply for the EU Settlement Scheme, the JCWI said that it was ‘inadequate.’

According to the immigrant campaign group, the funding is ‘insufficient to meet the need’, while adding that expecting charities and employers to ‘fill the gaps’ was ‘unrealistic and dangerous.’

The JCWI’s report found that nine in 10 care workers had no idea where to seek assistance with the application process. Of the people that have had help applying, 77% said that support is ‘quite’ or ‘very’ important to the process.

The executive director of the Care Workers’ Charity, Karolina Gerlich, referred to the act the COVID-19 crisis has left the care sector with a lack of time to find support and let their EU employees know about the scheme, while the workers themselves have had very little time to give it any thought.

Ms Gerlich said: “This kind of thing isn’t at the forefront of people’s minds. Care workers are working beyond their capacity all the time at the moment because there’s just so much to do. Brexit on top of COVID is already very bad timing, so capacity is particularly low at the moment.”

“The scheme should be extended because we need to give people time to be able to do everything,” Ms Gerlich added.

The UK’s new, post-Brexit immigration system makes it mandatory for all UK work visa applicants to have a job offer in place from a list of eligible occupations, which must also pay a minimum salary of £20,480. This means that most non-UK care workers are ineligible.

The JCWI’s report urges the government to extend the EU Settlement Scheme deadline beyond the end of June 2021 so that care workers – who have contributed so much to the frontline fight against COVID-19 – do not lose their UK immigration status.

The report also recommends that every EU citizen, plus their family members, who were resident in the UK before 31 December 2020, be awarded automatic settled status in the UK.

The research did stress that the lack of awareness about the EU Settlement Scheme is not exclusive to care workers, indicating that it would affect all EU citizens, especially those who are vulnerable, such as elderly and disabled people, domestic abuse survivors, looked-after children, the homeless and the Roma community.

Author of the report and JCWI’s EU citizens project officer, Caitlin Boswell, said: “With the scheme’s deadline less than six months away and the UK still in the middle of a pandemic, ministers must act now to prevent EU citizens from losing their right to live in the UK and providing the services we so rely on.”

“This includes thousands of care workers and others who have worked tirelessly throughout the past year, putting their lives and their families’ lives on the line to get us through this crisis,” Ms Boswell added.

The JCWI’s EU citizens project officer explained that the window to apply for the EU Settlement Scheme is already short and that the COVID crisis had already consumed a lot of time. Ms Boswell urged the government to extend the deadline, otherwise tens of thousands of people face losing their right to remain in the UK come June.

Charity director at Age UK, Caroline Abrahams, described the JCWI’s findings as ‘worrying’ and said they should serve as a ‘wake up’ call for the Home Office. Ms Abrahams warned that failure to extend the deadline or renew efforts to raise awareness among non-UK care staff would risk making an already desperate social situation ‘even worse.’

She said: “Our care system was in bad shape before the pandemic arrived and has taken a terrible hammering over the last ten months. And with more than a hundred thousand vacancies in the care workforce the contributions of European care workers are vital – we need every good care professional we can get.”

Kevin Foster, the minister for future borders and UK immigration, described the JCWI’s findings as ‘misleading’.

Foster said: “This [JCWI] report presents an incredibly misleading picture of the EU Settlement Scheme it paints given it relies on a small survey of less than 300 people conducted a year ago, since then millions of applications have been received by the scheme.”

“We have now had almost 4.9 million applications to the hugely successful EU Settlement Scheme which is terrific news. There is now less than six months before the 30 June 2021 deadline and I would encourage all those eligible to apply now to secure their rights under UK law,” Foster added.

According to the minister for future borders and UK immigration, support is widely available to EU citizens in Britain to apply for the scheme online and over the phone. He said: “We’re funding 72 organisations across the UK to ensure that no one is left behind.” 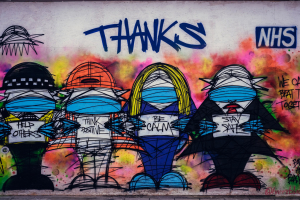 Comments (0)
The minister for future borders and UK immigration, Kevin Foster, has claimed that the NHS and government systems can automatically cross-check records of EU citizens granted settled status to ‘... 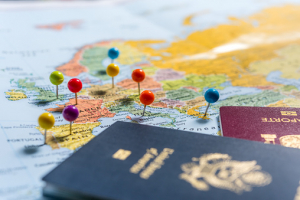