In a dramatic U-turn, the UK government has said it will allow unaccompanied Ukrainian children into Britain under the Homes for Ukraine visa scheme. Unaccompanied minors under the age of 18 will be granted a UK visa under the sponsorship scheme, provided they have parental consent.

It’s understood that the new policy will apply to more than one thousand unaccompanied minors who have already applied under the Homes for Ukraine Scheme. However, it could still be a few weeks before UK visas are issued amid additional Home Office security checks. The scheme is likely to open to unaccompanied minors later in the summer.

Under the current version of the Homes for Ukraine visa scheme, unaccompanied minors have been unable to come to the UK unless they are with, or joining, a parent or guardian in the UK.

No mention of under-18s needing to prove accompaniment

However, initial government guidance for the scheme, which first launched in March, did not mention that under-18s would need to be accompanied or joining someone in the UK, leading to confusion among applicants.

The change in the government’s stance was outlined in a written statement issued by UK Communities Secretary, Michael Gove.

In his statement, Gove said: “After working closely with the Ukrainian government, the changes will enable a child to apply for a visa if they have proof of parental consent.”

Mr Gove went on to say that parental consent would need to be certified by an authority approved by the Ukrainian government – including Ukrainian consulates abroad.

The Communities Secretary said: “The sponsor should be someone who is personally known to the parents, except in exceptional circumstances. They will receive £350 a month as a ‘thank you payment’.”

It’s understood that extensive checks will be carried out on sponsors by local authorities, prior to a UK visa being issued, with councils able to veto matches. Sponsors must also commit to host a child or children for up to three years – or until they turn 18 and the arrangement has lasted for six months – acknowledging the need to give children ‘greater security’.

The Department for Levelling Up, Housing and Communities did not elaborate on Mr Gove’s comment about sponsors being ‘personally known’ to unaccompanied minors.

Meanwhile, Refugees Minister Lord Harrington said: “We have seen many applications where families want their children to travel to safety in the UK but where parents cannot travel with them.

“We understand families are having to make difficult decisions to separate from their children where it is in their best interest, which is why we have extended the Homes for Ukraine Scheme to allow this.

“It is important we took the time to get this right – we have worked across government and with the Ukrainian government to find a solution to ensure we can continue offering safety to as many Ukrainians as possible while also welcoming more children into the UK.”

Kitty Hamilton, representative of the group Vigil for Visas, which is currently seeking a review of the UK government’s visa processing policies under the Homes for Ukraine Scheme, said the change to the scheme should be ‘implemented swiftly’.

“Most of the children do have notarised authority and were cleared to leave by the Ukrainian government months ago and should not be made to go through the process again. These cases now need to be fast tracked as they remain most at risk in the period before they reach their thoroughly vetted sponsor,” Ms Hamilton said.

Meanwhile, the Local Government Association (LGA), stated that while it backs the plans to make it easier for unaccompanied Ukrainian children to come to the UK, it’s first priority is keeping children safe.

Councillor James Jamieson, the LGA’s chairman, said: “We do have genuine concerns about the potential for children to come to stay with adults they don’t know or don’t know well, and we want to ensure there are effective checks in place given there will always be people who abuse these systems and who pose a significant threat to children travelling on their own.”

“Any system must include appropriate vetting of the people they will be staying with in advance of travel, the right support for everyone involved, and ongoing checks of children’s safety and wellbeing.”

Despite the change, the Association of Directors of Children’s Services (ADCS) expressed its disappointment over the guidance for local councils not being issued as the change was announced.

Steve Crocker, president of the ADCS, said: “To keep children safe and to ensure their immediate and future needs can be met, it is vital that all the necessary checks are completed prior to visas being issued and that funding is forthcoming before checks are undertaken.”

“Should the situation arise where a child’s placement breaks down, the legal status of those children and the role of the local authority needs to be clearly set out in guidance,” Mr Crocker added. 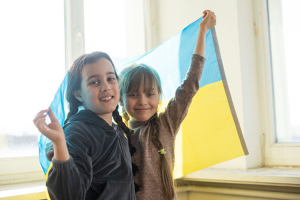 Comments (0)
In a dramatic U-turn, the UK government has said it will allow unaccompanied Ukrainian children into Britain under the Homes for Ukraine visa scheme. Unaccompanied minors under the age of 18 will be... 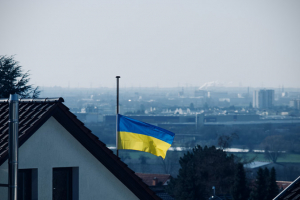 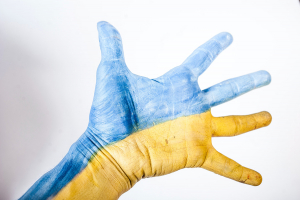