UK's 'Speaker' abandons neutrality to speak in favour of immigration 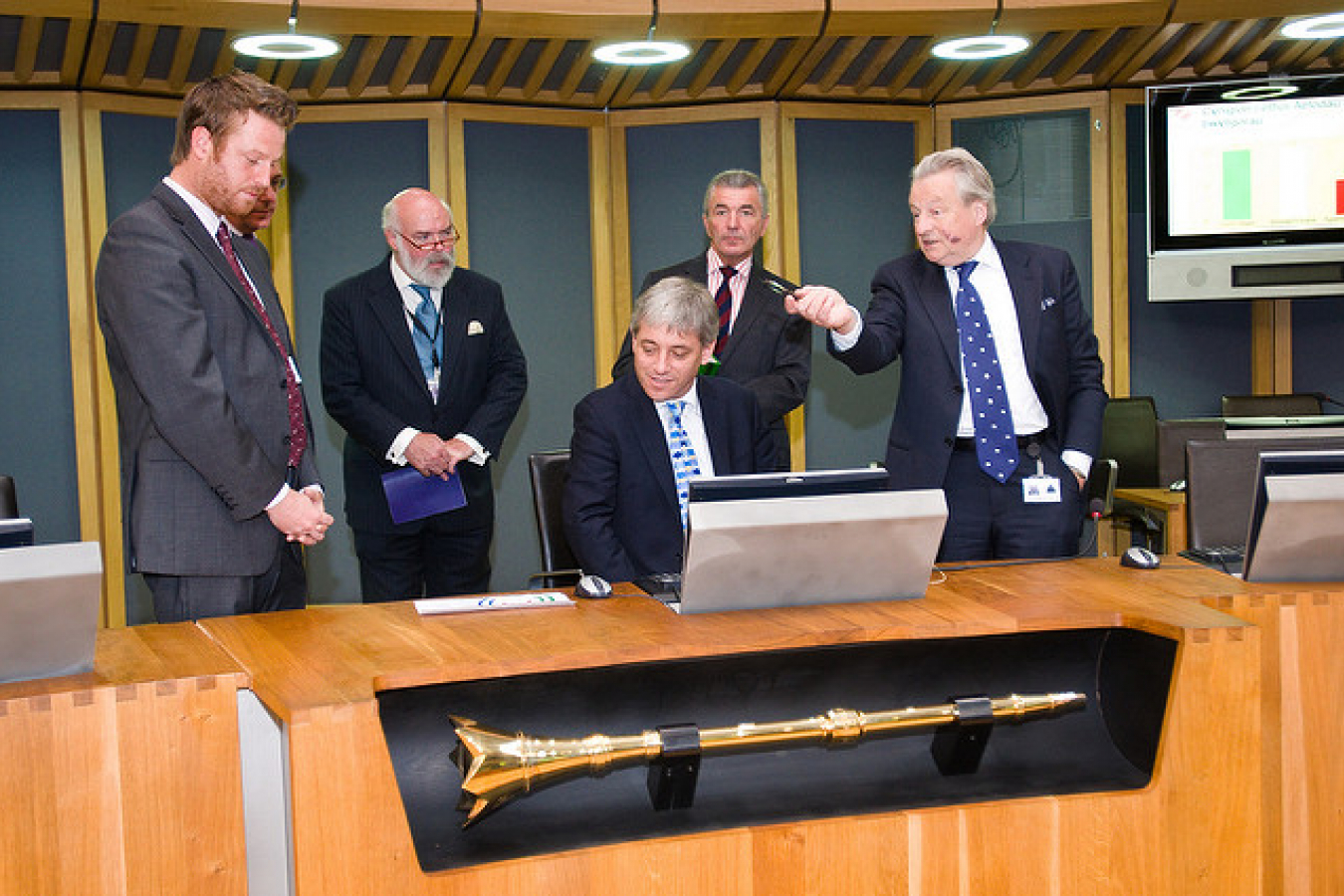 The Speaker of the UK's House of Commons, John Bercow, has angered Conservative MPs by giving a speech in Romania in which he said that the UK had benefited because of immigration from the European Union. The Conservatives say that the speaker, whose job it is to control debates in the House of Commons, should always remain neutral and never offer his opinions on any subject for fear of seeming to favour one party's position over another.

Mr Bercow travelled to Romania in the last week of May 2013 having been invited by the Romanian parliament. The trip was supported by the Foreign and Commonwealth Office. As well as being the speaker, Mr Bercow is the grandson of Jewish refugees who fled Romania and settled in London. While in Bucharest, he made a speech in which he said that eastern European migrants who have settled in the UK over the last decade have made an important contribution to life in the UK.

While in Bucharest, Mr Bercow said 'I believe things should be controlled and monitored when it comes to migration and any state that wants to protect its own people should do this but there are also great advantages. I want to underline the fact that there has been an important wave of immigrants that came to Great Britain from new member states and in many cases they came with aptitudes and a commitment, an involvement, we haven't always seem in our labour force'.

The speaker needs to be seen to be neutral

Some Conservative critics say that he went too far by offering his views as to the benefits of immigration. Some UK commentators suggest that he also insulted British workers. Rob Wilson, the Conservative MP for Reading East, said, 'immigration is an incredibly important and sensitive matter that generates very strong opinions. The Speaker needs not only to be neutral in his handling of debates on the issue, but he needs to be seen to be neutral'.

In 2008, there were rumours that Mr Bercow might defect from the Conservatives to the Labour Party. This might explain why he was voted in as the speaker of the House in 2009 largely because of support from Labour members of parliament. It is said that many Conservatives believe that Mr Bercow favours the Labour Party in debates in the House and see him as a traitor.

Mr Bercow was also criticised by the leader of the UK Independence Party, Nigel Farage. He said 'It is outrageous that Mr Bercow is happy to overthrow the wisdom of ages and think it acceptable to comment on matters that are both highly political and deeply contentious. He is a disgrace to the office of speaker'.