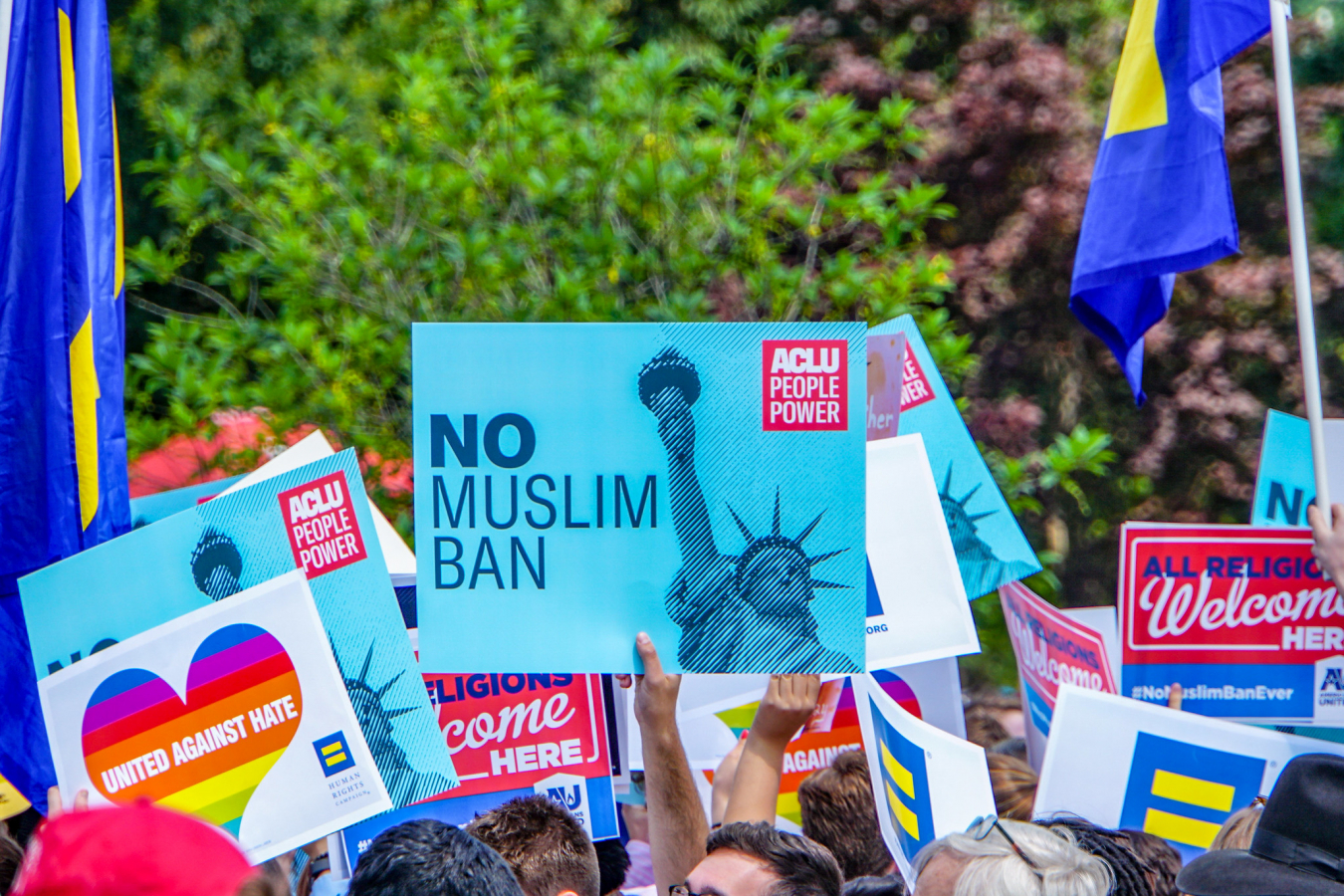 As we have said in the past it is very difficult to pass significant immigration legislation in both Houses of Congress.  However, in this case it may not make a lot of difference.  Biden is doing much better than Trump.  Who knows.  Biden may very well win.   If he does then that should see the end of the Trump “Muslim ban”.  The House supporting the end of the Muslim ban raises awareness of the issue ahead of the November 2020 Presidential elections.

Here are some bizarre over the top tweets about Muslims by Trump:

I LIVE IN NEW JERSEY & @realDonaldTrump IS RIGHT: MUSLIMS DID CELEBRATE ON 9/11 HERE! WE SAW IT! https://t.co/1SksZU9qlj

Thank you to respected columnist Katie Hopkins of Daily https://t.co/LgtY0qdv9U for her powerful writing on the U.K.’s Muslim problems.

There is no evidence that the first tweet above is true.  In the second tweet Trump refers to a tweet by Katie Hopkins who is widely thought of as an extremist and is banned from Twitter.

There are also numerous allegations of racism against the Trump family in the book Too Much and Never Enough: How My Family Created the World’s Most Dangerous Man by Donald Trump’s niece Mary Trump.  Mary Trump says she has “no doubt” that her grandfather supported the KKK.

The US House of Representatives has backed a bill to reverse Donald Trump’s controversial US visa travel ban imposed on several Muslim majority nations. The House voted 233 – 183 in favor of overturning the bill, called the ‘NO BAN’ Act. The bill is widely supported by Democratic legislators.

However, the bill is unlikely to pass in the Senate because of opposition from the White House and Republicans. The NO BAN Act seeks to expand anti-discrimination provisions in US immigration law and would restrict future US presidents from banning entry into the country based on religion.

Trump executive orders targeted by the NO BAN Act

Trump’s executive orders that ban the entry of citizens from mostly Muslim-majority nations, are being specifically targeted by the NO BAN Act. The first version of the ban blocked US entry for citizens of Iran, Libya, Somalia, Syria and Yemen, sparking criticism that the Trump administration was unlawfully discriminating against people based on religion.

The ban has since been extended to include North Korea, Venezuela, Nigeria, Sudan, Myanmar, Eritrea, Kyrgyzstan, Tanzania and Chad.

During a recent debate, Democrats shared stories from dozens of US constituents whose family members have been denied US entry for arbitrary reasons.

Despite widespread support for the NO BAN Act, it’s very unlikely to advance in the Republican-led Senate. It’s more likely that the Muslim ban will become a US presidential election issue.

Presidential candidate for the Democratic Party, Joe Biden, is actively pursuing Muslim votes and told a Muslim political organization that he would ‘reverse the ban on day one if elected US President.’

Biden addressed delegates via video as part of a two-day virtual conference hosted by Emgage Action, which was attended by 3,000 Muslim-American voters.

The Democratic presidential candidate told the group: “Muslim communities are the first to feel Donald Trump's assault on black and brown communities in this country, with his vile Muslim ban. That fight was the opening barrage in what has been nearly four years of constant pressure and insults.”

“If I have the honor of being president, I will end the Muslim ban on day one,” Biden added.

The CEO of Emgage Action, Wa’el Alzayat, described Biden’s promise as ‘poignant’, telling Al Jazeera: “Biden’s vow to end the Muslim ban on the first day of his presidency is poignant. It exemplifies his commitment to ending this form of institutionalized Islamophobia that has caused great pain to global Muslim communities.”

During a speech at the White House, Trump referred to his Muslim US visa ban as he sought to highlight differences between himself and Biden.

Trump accused Biden of wanting to ‘scrap all travel bans, including those imposed on jihadist regions. The President seemingly implied that Biden would allow people to enter the US and ‘blow up US cities’ among other things.

Khera said: “Rhetoric belies the facts and data about how the travel ban has been implemented to effectively prohibit immigration from predominantly Muslim countries.”

“Their argument is what Trump has been saying since the get-go - which is, they try to wrap what is blatant bigotry in a shroud of national security which does not meet what the real threat is and is not the reality of who is being excluded from the country,” she added.

According to an Al Jazeera report, the bill would need the US State Department, in consultation with the Department of Homeland Security, to disclose details publicly showing the number of people refused entry from specific countries.

The NO BAN bill was scheduled to go before the House for voting back in early March. However, the coronavirus outbreak meant the legislation was withdrawn by the Democrats.

Republicans intended to quash the bill, labelling it an ‘irresponsible’ attempt by congressional Democrats to undermine Trump’s travel bans and efforts to reduce the spread of COVID-19.

The bill was amended to include a ‘public safety’ exception, allowing presidents to limit travel accordingly in the event of a “communicable disease that threatened public health and safety.”

Iman Awad, the legislative director for Emgage Action, said: “We are not too thrilled with the language that was added to the bill at the last moment.”

Legislation to remove the so-called Muslim ban was first introduced in April 2019 by the Democrats and is sponsored in the House by Representative Judy Chu of California and in the US Senate by Chris Coons of Delaware.

In 2017, the US Supreme Court ruled in favor of Trump, stating that the US President ‘has the authority to impose the ban under existing US visa and immigration laws.

Throughout his presidential election campaign back in 2015, Trump said he’d be targeting a “total and complete shutdown of Muslims entering the United States.”