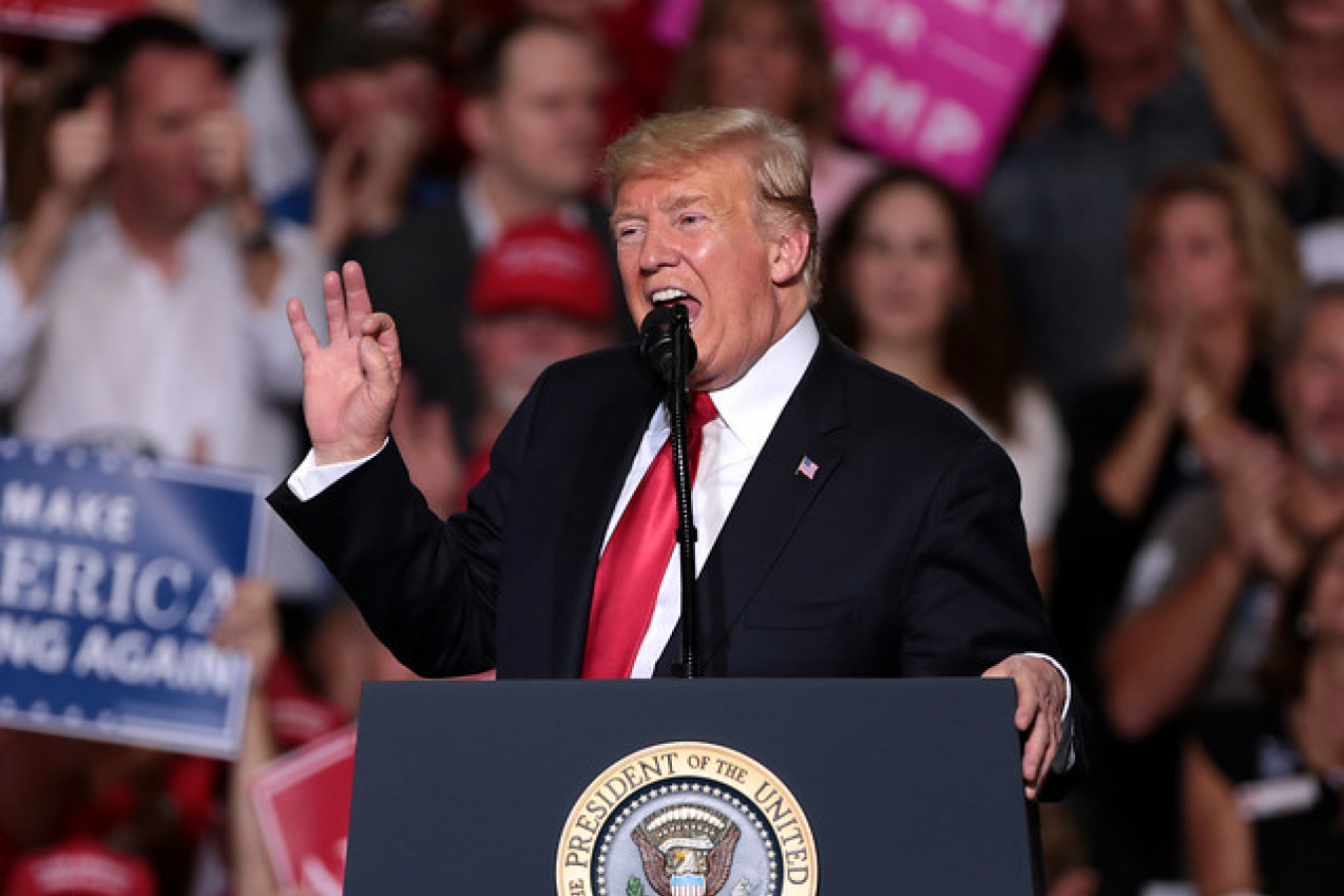 Donald Trump whose businesses depend on migrants has tried to put forward an extreme anti-migrant agenda.   Interestingly many of the extreme right have turned against Trump for not going far enough.  The neo-Nazi Daily Stormer run by Andrew Anglin and Andrew Auernheimer also known as Weev (his mother claims he has jewish ancestry) now regularly attack Trump.  Not very long ago they were very supportive of President Donald Trump and referred to him as the "God Emperor". In the real World the inability of Trump to follow through with his more extremist policies has angered those on the far right.

Donald Trump wants to recruit a US visa and immigration czar to coordinate US immigration policy across several federal agencies, according to sources close to the US President. Trump is apparently considering two potential candidates for the post, understood to be former Kansas Secretary of State Kris Kobach and former Virginia Attorney General Ken Cuccinelli.

According to anonymous sources, private conversations held by Trump and his officials involved discussions over hiring an immigration czar to enforce the President’s hardline policies. Details of the discussions have been disclosed anonymously because sources have not been authorized to share Trump’s plans to hire a czar, publicly.

Cuccinelli, who was recently spotted at the White House, and Kobach are both far-right conservatives with strong views on immigration.

Talks to recruit a US visa and immigration czar come as Trump renewed his threat to close the US southern border with Mexico. The plan to hire a czar is the latest sign that Trump wants to push his hardline immigration rhetoric to rally his supporters ahead of his 2020 re-election campaign.

Trump aides hope that the possible appointment of a czar, which they have stressed is still in the planning stages, will ‘give a face’ to the administration of US visa and immigration issues and satisfy the President and show his supporters that he’s serious about taking action on immigration.

Kobach and Cuccinelli currently serve as White House press aides, while Kobach did previously serve as vice-chair of the President’s short-lived election fraud commission. The commission was disbanded after finding little evidence of widespread abuse.

US Visa Czars have been appointed previously

An official at the Department of Homeland Security stated that White House czars have previously been appointed “usually when there has been an urgent need for sustained, inter-agency policy coordination,” the official said.

During his time in office, Trump has complained publicly and privately about being unable to do more to stop waves of illegal immigrants entering the US. The President has likened illegal immigration to an invasion and described it as a national security threat, recently declaring a state of emergency in an effort to force funding for his anti-immigrant border wall.

In recent months, immigration arrests at the US border with Mexico have surged and Trump has said that unless Mexico does more to halt illegal immigration, the border will be closed. In March, it was reported that border officers were on course to hit 100,000 arrests or denials of entry, with more than half of those being families with children.

The President shows no sign of easing off, deploying National Guard troops at the border, orchestrating a government shutdown in an effort to pressure Congress to give him funding for his wall, signing an emergency declaration to bypass lawmakers, cutting direct aid to El Salvador, Guatemala and Honduras and now considering a visa and immigration czar.

While many federal agency representatives said they would welcome a US visa and immigration adviser focused entirely on policy across multiple agencies, many argue that the names put forward for the position would be greeted by criticism and a potential backlash.

Immigration hardliner, Kobach has already failed in an attempt to become governor after promising to drive illegal immigrants out of the US. Kobach has recently been working for non-profit corporation, WeBuildtheWall Inc., which has been raising private money to build Trump’s wall.

Cuccinelli has backed the denial of citizenship for American-born children of parents living in the US illegally, limiting in-state tuition at public universities to citizens or legal residents and allowing workers to file a lawsuit when employers knowingly hire illegal immigrants for jobs in place of US workers.

The former acting director of Immigration and Customs Enforcement (ICE), Thomas Honman, is also in the frame for the job of US visa and immigration czar, according to anonymous sources.

Workpermit.com’s team of specialists has over 30 years of experience in immigration services, helping thousands of people to study and work in the US. All applications for US visas are dealt with in-house by a US qualified lawyer that are typically members of the American Immigration Lawyers Association (AILA).

For more information and advice on US immigration law and US visa applications, please contact us on 0344 991 9222 or at london@workpermit.com