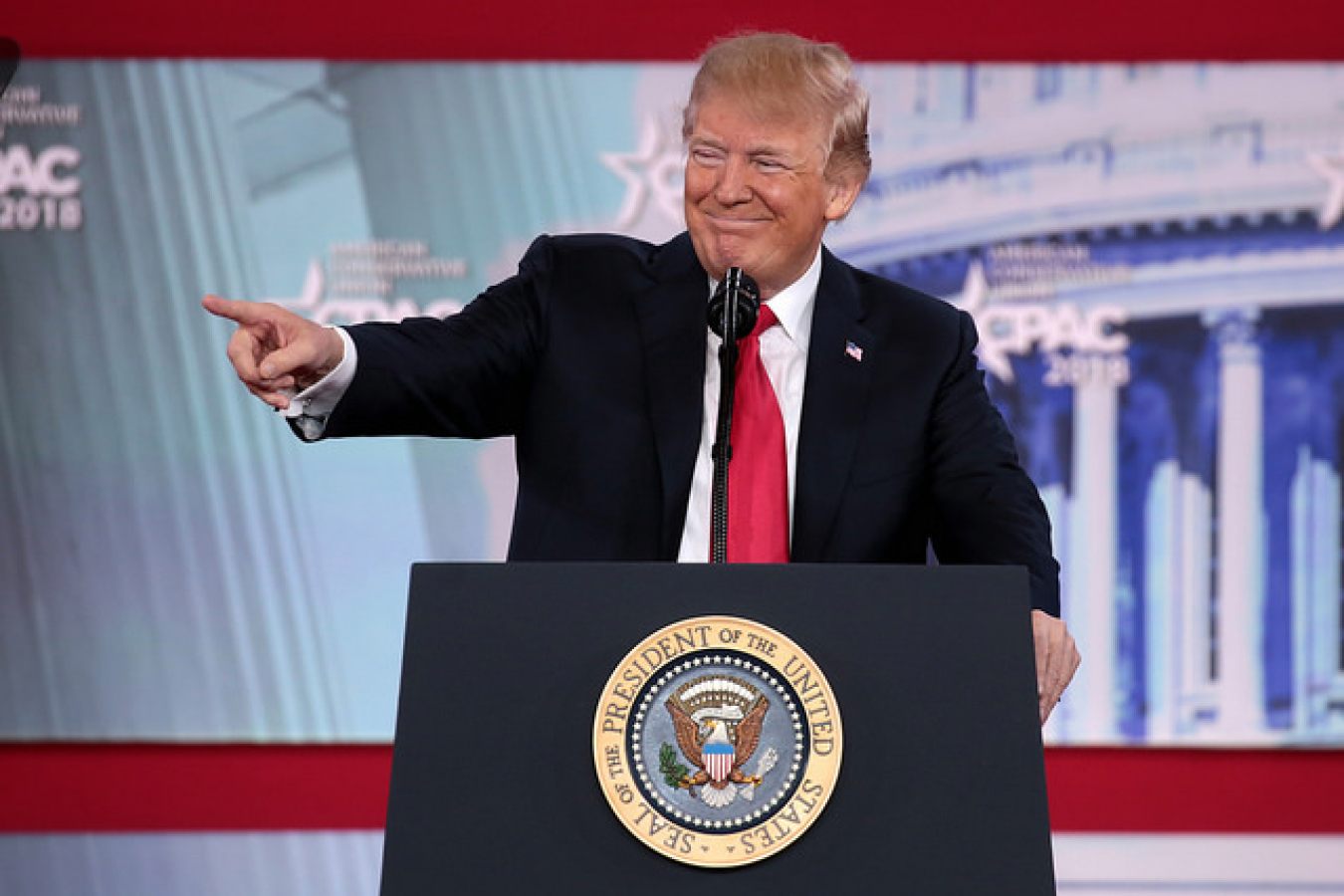 As previously announced US visa applicants and holders will not be subjected to controversial, high-tech plans to monitor their social media activity and gauge whether they would ‘positively contribute to society’, US Immigration and Customs Enforcement (ICE) has announced. The agency has instead indicated that people not sottware systems will continue to oversee the vetting process.

It is probably good news that the automatic system for “extreme vetting” will no longer be used. The current extreme vetting system has caused unfairness and hardship to many people. There can be lengthy delays in issuing visas and people have been refused US visas for no good reason.  If the new system had been put in place we could have ended up in an even worse situation than before.

There have also been concerns that extreme vetting will cause problems for some people on non-immigrant work visas, including L1 visa holders, E2 and E1 visa holders and H1B visa holders.  Many B-1 and B-2 visit visa holders have experienced problems in gaining visas.

It is worrying that so many in President Trump's inner circle are facing very serious legal problems.   Recently Michael Cohen, formerly Donald Trump's personal lawyer, pleaded guilty to various criminal offences including campaign finance violations.  Paul Manafort Trump's former campaign manager has been found guilty on eight criminal charges.  Former Trump national security adviser Michael Flynn, had previously pleaded guilty to lying to the FBI about talks with Russia's ambassador.  At the same time as their are Trump concerns about migrants entering the US, there are so many concerns about the honesty and integrity of people high up or formerly high up in the Trump administration.

It seems that ICE has ditched the requirement for contractors, vying for government business to provide machine learning and other automated decision-making technologies as part of its vetting protocols, amid a public backlash.

In November 2017, Human Rights Watch joined more than 100 other non-governmental organizations and technology experts to oppose ICE’s controversial plans to use surveillance and predictive analysis to monitor and screen visa applicants and those already in the country on a US visa.

Originating from President Donald Trump’s 2017, ‘Muslim ban’ Executive Order, ICE’s Extreme Vetting Scheme was a bid to screen the social media activity and digital information of all US visa applicants and holders.

The criteria to be used as part of vetting procedures included determining whether a US visa applicant would be a “positively contributing member of society” and “make contributions to the national interest”, and if they intended to commit a crime or terrorist act.

Those who challenged the plan argued that these traits are impossible for an automated system to detect and flag, and would most certainly result in an ineffective and biased vetting process.

According to critics, an automated system would risk disguising politicized and discriminatory systems ‘behind a veneer of scientific objectivity.’ Equally, US visa applicants and holders are likely to be far more wary if they’re aware that they’re being monitored, and may censor themselves online to escape scrutiny from US immigration officials.

Rather than an automated, extreme visa vetting system, ICE is reportedly investing in the training of human visa screeners. However, the agency is still likely to use the highly controversial criteria outlined in the Muslim ban executive order to manually monitor US visa applicants and holders.

Civil rights, immigration and privacy campaigners say that while ICE’s move away from automated vetting protocols is a positive one, the fact that the fundamentals of extreme vetting remain is a worry for future visa applicants and for those foreign nationals currently living and working in the United States.

ICE spokeswoman, Carissa Cutrell, said: “After gathering information from industry professionals and other government agencies on current technological capabilities, the focus of what the agency now calls its Visa Lifecycle Vetting program shifted from a technology-based contract to a labor contract.”

Following a spate of terrorist attacks in the US, culminating in an atrocity in New York that saw eight people mown down and killed by a truck, President Trump tweeted that he’d “ordered Homeland Security to step up the already Extreme Vetting Program.”

Cutrell said: “ICE’s Counterterrorism and Criminal Exploitation Unit receives 1.2 million investigative leads per year — from US visa overstays, tips and other immigration violations — and prioritizes them by potential threat.

“The agency believed an automated system would provide a more effective way to continuously monitor the 10,000 people determined to be the greatest potential risk to national security and public safety,” Cutrell added.

Among those targeted by extreme vetting are foreign nationals who enter the United States on temporary or visitor visas and then apply for permanent residency.

ICE said that it ‘believed an automated system could provide nonstop tracking of social-media behavior for “derogatory” information that could weigh against their applications, including radical or extremist views.’

According to ICE, monitoring would involve analysing publicly visible social-media posts and screening would cease once any persons being inspected had been granted legal residency in the United States.

Thomas Homan, ICE’s acting director, said: “The program had been intended to bolster the agency’s ‘analytical tools’ that agents use to vet foreign visitors, including through social media. Leads ‘enhanced using analytical tools,’ were reviewed by senior analysts before being used in investigations.”

However, ICE opted to scrap the machine-learning element from its contract requirements in favor of hiring a service provider that could deliver training, management and human personnel. Federal documents state that the contract is expected to cost more than $100 million and will be awarded by the end of the year.

An unnamed ICE official, said: “We’re always looking to streamline our operations, and in this particular instance a labor contract was just the best fit.”

US Visa vetting process is discriminatory

Meanwhile, several major tech companies and contracting firms, including IBM, recall hearing about the automated vetting system while attending an industry day in Virginia in July 2017, and immediately expressed their unease over the proposal.

A spokesperson for IBM said: “Our firm will not work on any projects that contravene our company values, including our long-standing opposition to discrimination.”

During a hearing with the Senate Judiciary Committee, artificial intelligence (AI) expert Christopher Wylie was asked ‘can social media scanning AI predict the difference between a good person and a terrorist?’ He responded: “The most advanced neural network made yet still reflects the systemic prejudices of the data on which it’s been trained.”

“There is no mathematical way to determine whether someone is a bad person,” Wylie said. 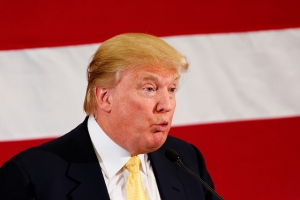 Comments (0)
US Immigration and Customs Enforcement (ICE) has appealed to big names across the technology industry to help it carry out social media surveillance of US visa holders deemed to be a threat to... 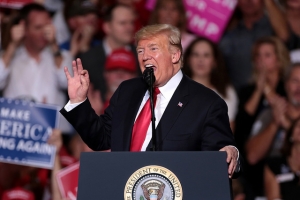 Comments (0)
Amid Trump’s partial shutdown of the US government in a row over funding for his anti-immigrant border wall, a new study has found that US visa overstays have far exceeded illegal border crossings... 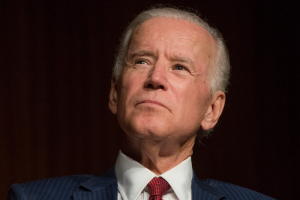