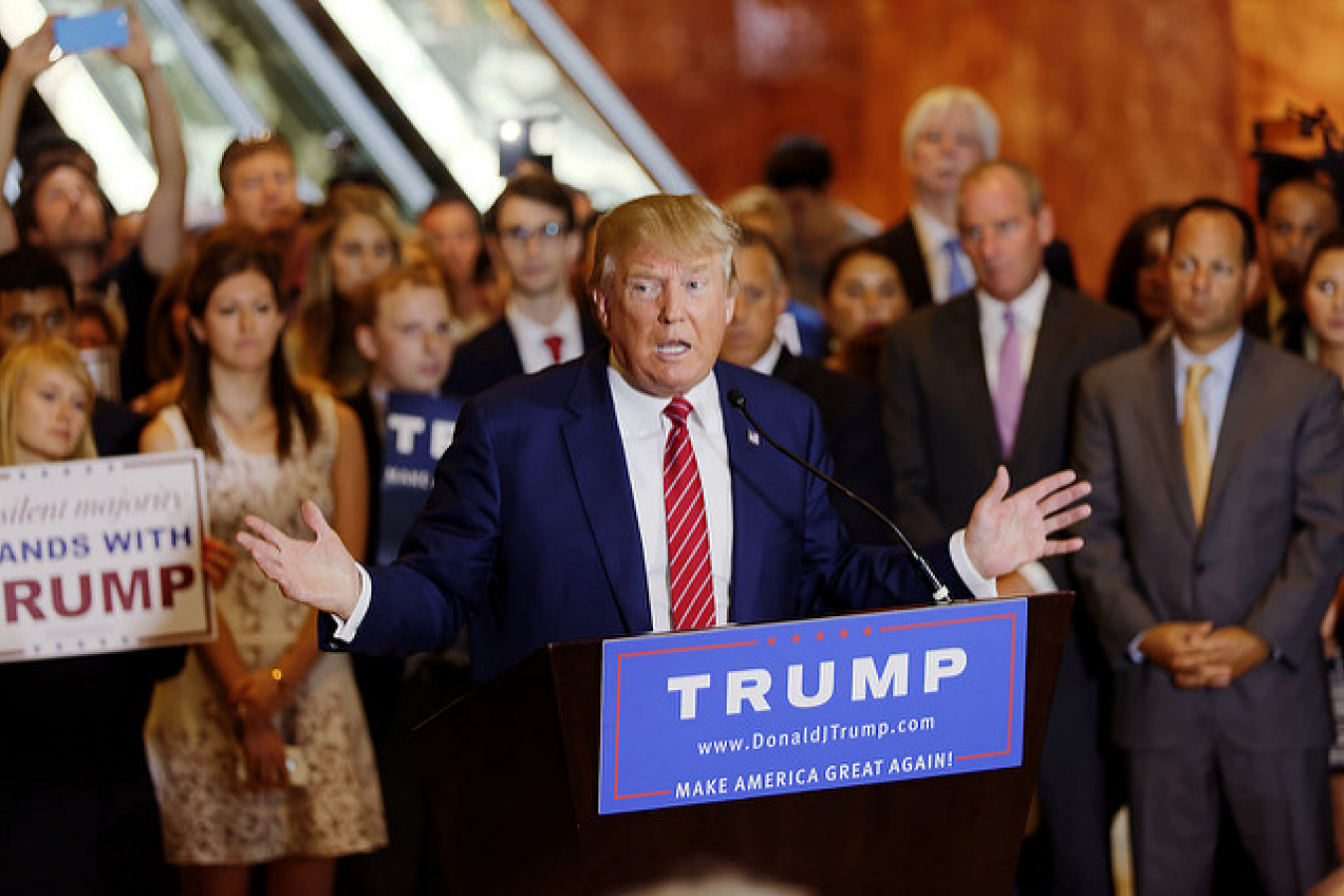 Donald Trump, the frontrunner for the Republican Presidential nomination, has once again found himself embroiled in controversy following his impersonation of Indian call center workers at a recent election rally. His comments have caused uproar and been slammed as racist, with Democratic Presidential nomination frontrunner, Hilary Clinton, among those outraged by Trump's latest controversial comments.

Clinton's presidential campaign accused Trump of running a 'campaign of bigotry and division' and warned that he was 'continuing to breed disrespect and division' via his campaign. Clinton's comments follow Trump's actions at a Presidential rally in Delaware on Saturday 23 April, where Trump spoke in an Indian accent, mocking Indian call center workers.

Trump told supporters at the rally that he had contacted his credit card company to confirm if their call center representatives were based in India and then asked: "How the hell does that work?" Trump went on to say: "I called up, under the guise I'm checking on my card. I said, 'Where are you from?', 'We are from India'," Trump said impersonating an Indian responding to his question.

Trump mocked Indian call center workers while criticizing US companies that hire foreign workers based abroad. This seems somewhat hypocritical as many Trump businesses appear to favour employing foreign workers on H-2B, H-1B visas and on other US work visas in preference to employing Americans and permanent residents.

Recently, as reported by Workpermit.com, Trump did a U-turn concerning his views on the need for immigrants in the US. Having pledged to cut the number of H-1B and L-1 visas being issued, if elected President, he later changed his stance during a Fox News debate on March 3.

Chairman of the Clinton Campaign, John Podesta, said: "Donald Trump openly mocking Indian workers is just typical of his disrespect that he has shown to groups across the spectrum. He has run a campaign of bigotry and division. I think that's quite dangerous for the country when you think about the fact that you need friends, allies."

Podesta's comments came when speaking to the press at the launch of Indian-Americans for Hillary Clinton (IAHC) on Sunday 24 April, according to the Press Trust of India. Podesta made a pledge to the gathering of Indian-Americans that 'the relationship between India and the United States would flourish if Clinton is elected President come November.'

It's not the first time Trump has impersonated accents when discussing foreigners. In August 2015, Trump spoke in broken English when describing negotiations with Chinese and Japanese partners.

Trump recalled: "When these people walk into the room they don't say, 'Oh hello, how's the weather? So beautiful outside, isn't it lovely? How are the Yankees doing? Oh, they are doing wonderful, great.' They say: We want deal."

However, despite his comments, Trump insisted that he has no issue with Indian leaders, and was more angry at US leaders for, what he describes as, 'being so stupid.' He said: "Countries like China, India, Japan and Mexico cannot be allowed to steal business from the United States like candy from a baby."

"US manufacturing jobs are being stolen. Our jobs are being taken. We are losing at every front. There is nothing good. Our country does not win anymore. The jobs are being stripped. Factories are closing. We are not going to let this happen anymore," he added.

US-India relationship already under strain due to US Visa Fees

Trump's actions are likely to add to an already strained relationship as the US and India clash over H-1B and L-1 visa fee increases. The continued disagreement over the doubling of visa fees mainly affecting Indian owned companies in the US intensified further on March 4, when New Delhi lodged a complaint with the World Trade Organization (WTO), challenging the fee increases.

The H-1B and L-1 non-immigrant temporary work visas are popular among Indian information technology firms. They use them to employ Indian nationals to fill job vacancies for their operations in the US.

US Congress doubled the fees in December 2015, $4,000 for H-1B visas and $4,500 for L-1 visas, with the fee applicable to firms who employ 50 or more staff in the US, 50 per cent of which are employed on an H-1B or L-1 category non-immigrant visa (L-1A and L-1B visas). The increases all formed part of a major spending bill, that also included the James Zadroga 9/11 Health and Compensation Act, which finances health screenings and treatments for 9/11 first responders.

In its WTO complaint, India said that the new visa measures introduced by the US seemed 'inconsistent' with WTO commitments that the US had made, stating that the changes 'treat Indian IT workers in the US less favorably than their American counterparts.' 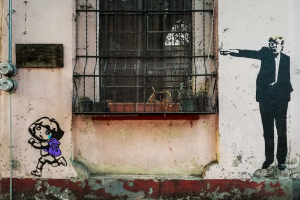 Comments (0)
A controversial, Trump-era US immigration policy, which was expected to be lifted this month has been blocked by a US district judge. Title 42, which prevents migrants from seeking asylum in the US...