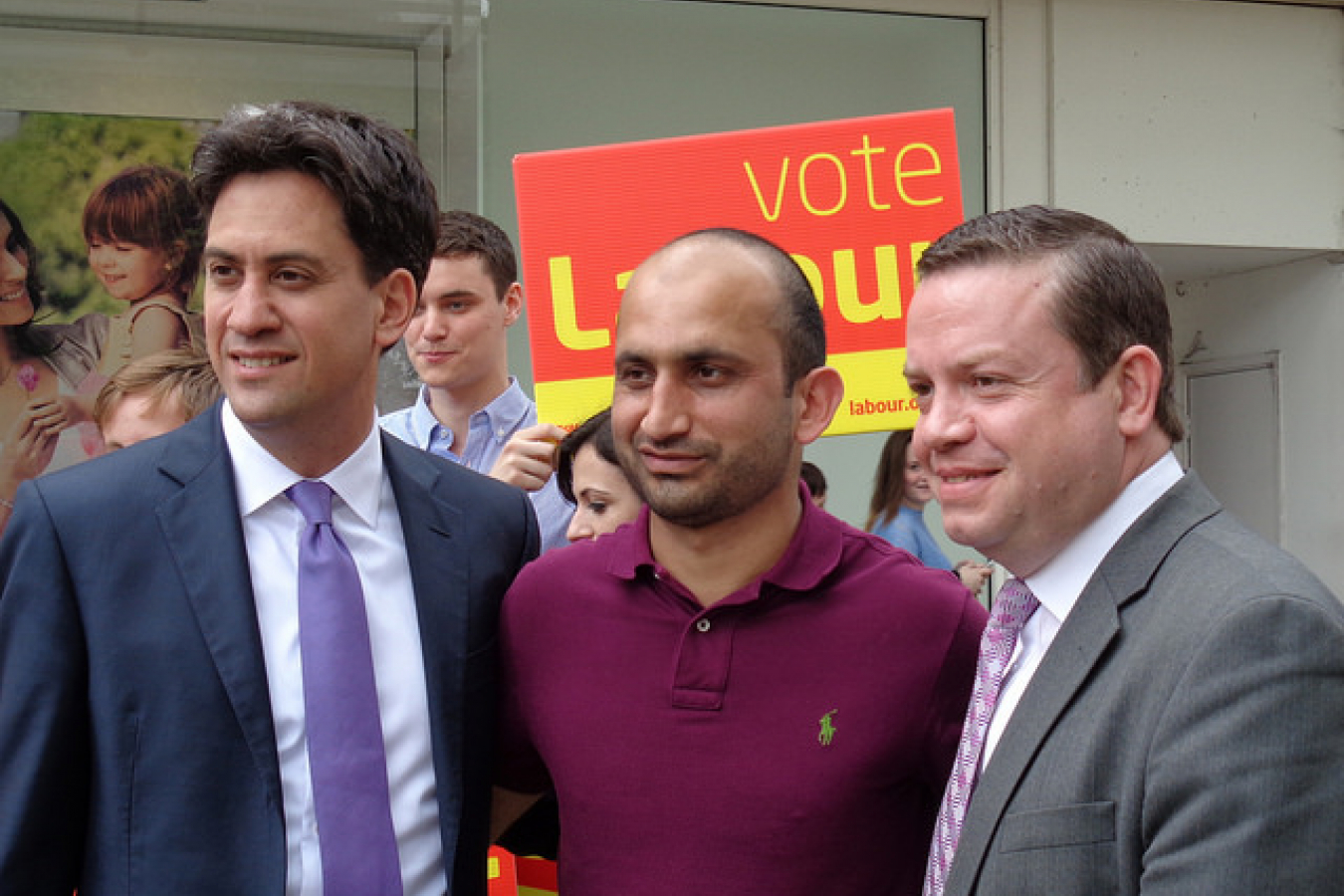 In the wake of the local and European elections held in the UK on 22nd May, after some disappointing results, the UK's opposition Labour Party has a rethink of its future immigration policy.

Labour is the main opposition party in the UK and wanted to win the elections to show that it was on course to win the UK's national elections in May 2015. In fact, the anti-immigration, anti-EU UK Independence Party (UKIP) won the greatest number of seats in the elections pushing Labour into second place.

On Tuesday 27th May, Labour leader Ed Miliband gave a speech in the Essex town of Thurrock outlining his new stance. Before the local elections, Labour controlled Thurrock council but, because of an increase in support for UKIP, it no longer does.

Mr Miliband said that the increased level of support for UKIP showed that it was vital that Labour should win the next UK general election because, according to him, only Labour could solve the problems that were driving voters to vote for UKIP.

He said that there were now many people who did not trust the political establishment and said that some of those who had voted for UKIP were the sort of people who would previously have voted for Labour.

He said that these voters had been motivated by concern for their future and a feeling that Labour 'didn't care enough about ordinary working class people'. He said that UKIP had exploited that feeling and was offering a seemingly simple solution; leaving the EU.

Isolationism 'is not the answer to Britain's problems'

But Mr Miliband rejected this solution to Britain's problems. He said 'This is not the answer for our country. This will never be Labour's mission or policy under my leadership. Our future lies in looking outward to the world'. Thurrock is an important town for Labour. If Labour does well in Thurrock it is likely to do well nationally. If Labour wins the town's parliamentary seat from the Conservatives at the next UK national election in 2015 it may stand some chance of forming the next national government.

The Thurrock parliamentary constituency was established in 1945. For the first 38 years of its existence it was a safe Labour seat. It has only been held by the Conservatives for two parliaments. At the 2010 general election, the Conservative candidate Jackie Doyle-Price won the seat with a majority of fewer than 100 votes over the Labour candidate Carl Morris.

Labour must win Thurrock to win the election

If Labour cannot win enough popular support to win the constituency of Thurrock then it is extremely unlikely it will have enough support nationally to win the national election.

But Labour has found that UKIP has been gaining support there and some of that support is coming from working class Labour voters. This could allow the Conservatives to take the seat again in 2015. Labour is still the largest party with 23 seats on the council, with the Conservatives having 18 and UKIP six. There are also two independents.

Most UKIP support comes from disaffected Conservative voters but, recently, UKIP has been gaining significant support from former Labour voters who believe that the Labour Party no longer represents working class people. Recent research from polling organisation YouGov shows that 45% of UKIP voters voted Conservative at the last election in 2010. 15% voted Liberal Democrat and 11% voted Labour.

Polling shows that UKIP's support is drawn largely from the working class. Thus, most of the Conservative voters who vote UKIP are working class. These are the voters that Labour needs to attract if it is to win the next election.

These voters are attracted by UKIP's message that limiting immigration from the EU will mean more jobs for working class Britons. This message has had greater resonance since 2004 when the so-called A8 countries from eastern Europe joined the EU. These were eight countries which were previously in the Soviet Bloc.

The countries included Poland, Latvia, Lithuania, Estonia, Slovakia and the Czech Republic. All had standards of living well below the EU average and many had high unemployment. Some experts predicted that when these countries joined the EU on 31st May 2004, many A8 citizens would travel west in search of work.

At the time, the Labour Party was in power in the UK. The then government estimated that around 13,000 people would come to the UK from the A8 countries annually over the next decade. In fact, many believe that more than 1m people came to the UK within 1 year.

Economists argue about the effect that this may have had on the UK economy but there is no doubt that the foreign population of the UK increased dramatically. This has led to increased hostility to immigration.

Polling repeatedly shows that between 70 and 80% of UK citizens want to see immigration levels reduced. Many voters blame the Labour Party for the rise in immigration and believe that this has taken jobs from British workers.

Mr Miliband became Labour leader in 2010 and has since apologised for the 'mistake' Labour made in not acting to prevent A8 citizens from emigrating to the UK when the A8 Countries joined the EU in 2004. Under EU law, the UK could have put 'transitional controls' in place for the first seven years that the A8 countries were in the EU.

The Labour government did introduce such controls when Bulgaria and Romania joined the EU in 2007. These barred some Romanians and Bulgarians from coming to work in the UK. Only highly skilled migrants, those with job offers, the self-employed and agricultural workers were allowed to come and work.

Many Bulgarians 'came to work in UK before controls ended'

(In practice, figures show, significant numbers of Bulgarians and Romanians did come to live and work in the UK while the controls were in place. Most worked on a self-employed basis in construction and other industries.)

Mr Miliband has said that, if any more countries were to join the EU when he was Prime Minister, he would put immigration controls in place next time. But, beyond that, he has not made any significant changes to Labour's immigration policies because, as an EU member, there is little that the UK can do to limit EU migration.

Mr Miliband said 'I have changed Labour's position on immigration since 2010 because it is not prejudiced to worry about immigration, it is understandable. Labour would have controls when people arrive and leave here, we will tackle the undercutting of wages, we will ensure people in public services speak English and people need to earn their entitlements'.

No referendum from Labour

But he said that the Labour Party would not hold a referendum on the UK's membership of the EU if Labour came to power.

The Conservatives have promised to hold a referendum on EU membership in 2017 if they are elected in 2015.