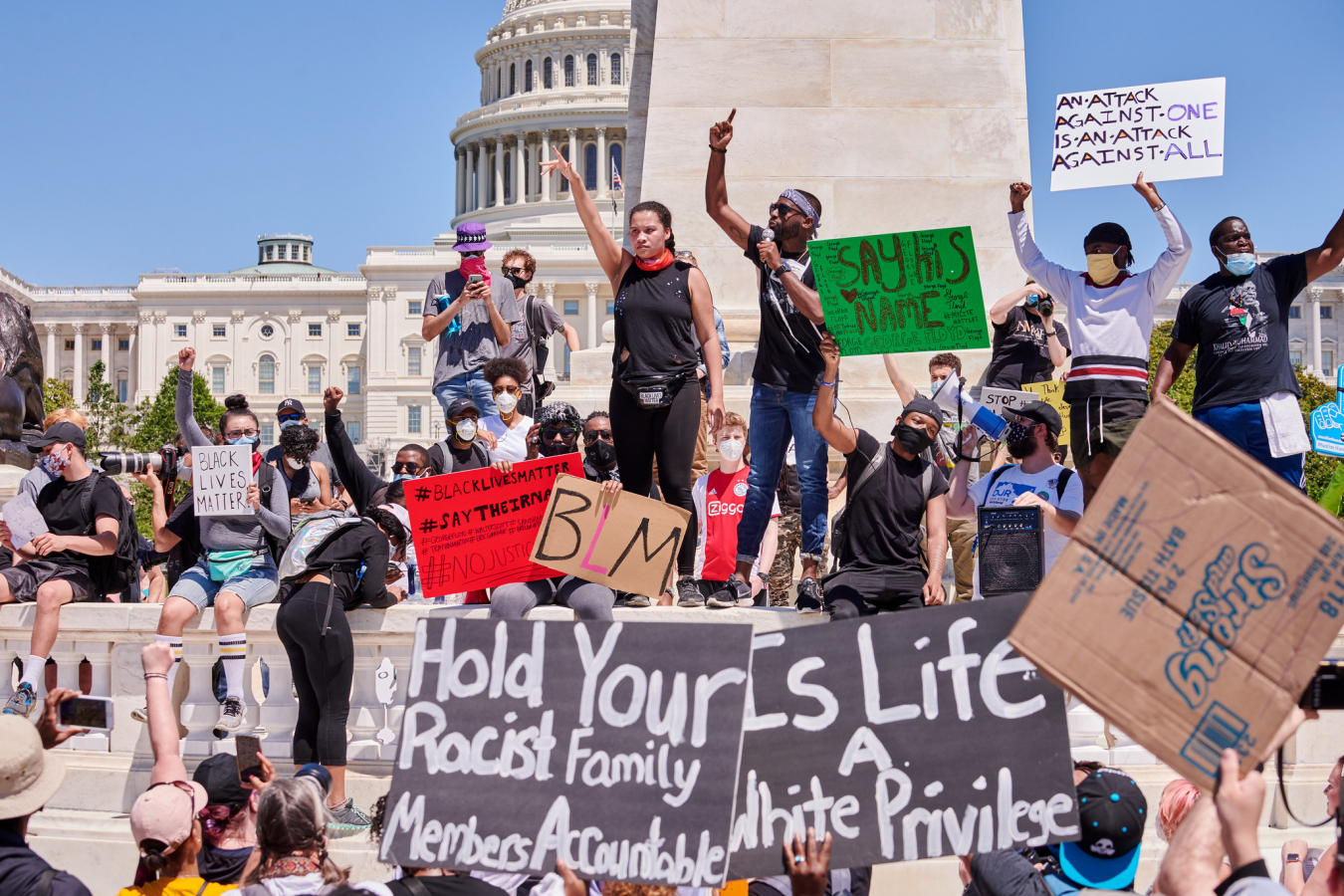 Astonishing things are happening around the World since the death of George Floyd.   It seems that Minneapolis Police are going to be disbanded.  It was a Minneapolis Police officer who has been accused of murdering George Floyd.  In the UK in Bristol the statue of Edward Colston a 17th century merchant and slave trader was forcibly taken down and pushed into the river by an angry mob.  A statue of slaveholder Robert Milligan has just been removed from outside the Museum of London Docklands.

Are there organisations in the UK that should be disbanded as well?  There are a number of organisations that have a very bad reputation when it comes to discrimination against minorities.  An organisation sponsored by the Home Office for example, is repeatedly being sued for race discrimination and repeatedly “loses” complaints about discrimination.  In addition, there have been calls for the UK Visas and Immigration Department to be closed down by certain politicians.  Despite minority groups being represented at the highest levels in Government, abuse and discriminatory behaviour towards minorities is widespread in the UK.

As protests over the death of George Floyd continue in the United States, DACA immigrants are torn between standing against police brutality and safeguarding their US immigration status.

For beneficiaries of the Deferred Action for Childhood Arrivals (DACA) program, commonly referred to as “Dreamers,” protesting could lead to being arrested, the loss of their US work permit and expulsion from the United States.

Meanwhile, the members of mixed-status families could jeopardize the position of undocumented relatives and others in their social circles if they are detained by police while demonstrating against the death of unarmed, African-American George Floyd at the hands of a white police officer in Minneapolis.

More worried as ICE and CBP called in

Adding to the potential threat of deportation for DACA immigrants by protesting, is news that US Immigration and Customs Enforcement agents, along with Customs and Border Patrol staff, have been called in to support local, state and federal law enforcement agencies to disperse protesters.

Commenting on the struggle DACA immigrants face amid nationwide protests, Rep. Jesús García (D-Ill.), a member of the Congressional Hispanic Caucus, said: “They have to look out for the entire household. They don't want to bring trouble home.”

CBP and ICE insist that the deployment of personnel to assist other law enforcement agents is not intended to enforce US immigration rules.

In an email to The Hill, CBP spokeswoman, Stephane Malin, wrote: “The deployment of CBP officers is about supporting the efforts of our federal, state and local partners, not about carrying out CBP’s immigration enforcement mission. This is about the preservation of life and safety.”

“In light of civil unrest taking place across the country, ICE personnel and Special Response Teams have been deployed to protect agency facilities and assets in support of the Federal Protective Service and assist local, state and federal law enforcement partners, as needed.”

Despite so-called reassurances from ICE and CBP, the relationship between immigrants and immigration enforcement agencies is one of mistrust and suspicion. Relations are at such a low-level that DACA immigrants are being urged to think twice before joining participating in a peaceful protest.

Greisa Martínez Rosas, a DACA recipient and deputy executive director of United We Dream, an immigrant-led undocumented advocacy organization, told The Hill: “I was once picked up by CBP agents at El Paso International Airport after protesting the Trump administration's border policies.”

“There is no trust that this administration is not going to use every, and any opportunity to detain and deport you. We've seen cases of DACA recipients that it really doesn’t matter what’s in your history. Once you come into contact with ICE and CBP, they’re moving forward with your deportation,” Martínez Rosas added.

In some American states and localities, law enforcement agencies are complicit in the work of ICE and CBP, which means even local police can threaten the US immigration status of DACA immigrants.

Garcia, whose district covers part of Chicago, said: “I have heard of Dreamers in my area who feel very constrained about not being able to participate. This is when their reality strikes home — that they don't enjoy the rights of other people who are really no different from them in terms of being an American.”

Activists have acknowledged that Dreamers and the Black Lives Matter movement have faced similar prejudices and experiences that make them political allies.

Tiffany Cross, a commentator and political analyst who wrote a book about the role of African Americans in American democracy titled ‘Say It Louder!’, said: “While Black men are often the face of violent police crime, Black women, American Indian/Alaska native men and women, and members of the Latinx community also face higher odds of dying at police hands.”

In an email to The Hill, Cross wrote: “Because of the unique and violent history Black people have in this country that we built for free under violent white rule, the pain of our brethren may unintentionally get overlooked.”

According to Martínez Rosas, there are ‘parallels’ between the growth of immigrant detention and black mass imprisonment.

Martínez Rosas said: “We’ve known these issues are so connected, and the reason why there is increased detention of Latinos in the United States is also grown and linked to black people being detained. There’s this understanding that these things are connected.”

Despite the anger and sorrow brought on by the death of George Floyd, and countless other black people at the hands of the police, García – who witnesses the 1968 riots in Chicago – believes that the crisis will birth a ‘new generation of leadership.’

García said: “I feel optimistic because I think that young people who are experiencing this will help our nation overcome its tainted history of racial and ethnic prejudice.”

Amid the protests over George Floyd’s death, for which the officers involved have been sacked while one has been charged with murder, further footage and images of police brutality have emerged. In Buffalo, New York State, two officers were suspended after they were seen shoving an elderly white man to the ground.

At one protest, security forces in Washington DC fired pepper balls and smoke bombs to disperse demonstrators outside the White House, allowing President Donald Trump to walk to a nearby church for a photo opportunity.

Trump’s actions sparked fury across the US, while the America Civil Liberties Union (ACLU) filed a lawsuit, accusing the president, the attorney general and others of violating the constitutional rights of protesters.

ACLU official Scott Michelman, as quoted by Reuters, said: “When the nation's top law enforcement officer becomes complicit in the tactics of an autocrat, it chills protected speech for all of us.” 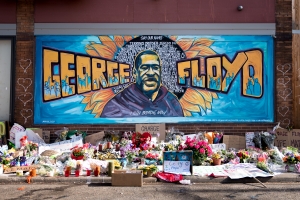 US immigration agencies to assist amid George Floyd protests

Comments (0)
Comments by Sanwar Ali : It is not just in the US that there is a problem. There have been a number of deaths of black people in custody in the UK as well. It seems that in the UK a number of... 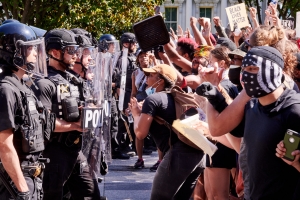 Comments (0)
By Sanwar Ali : Since the coronavirus COVID-19 pandemic there has been more news than usual on visa issues Worldwide, including some recent big US visa and UK visa news stories. It has been difficult...