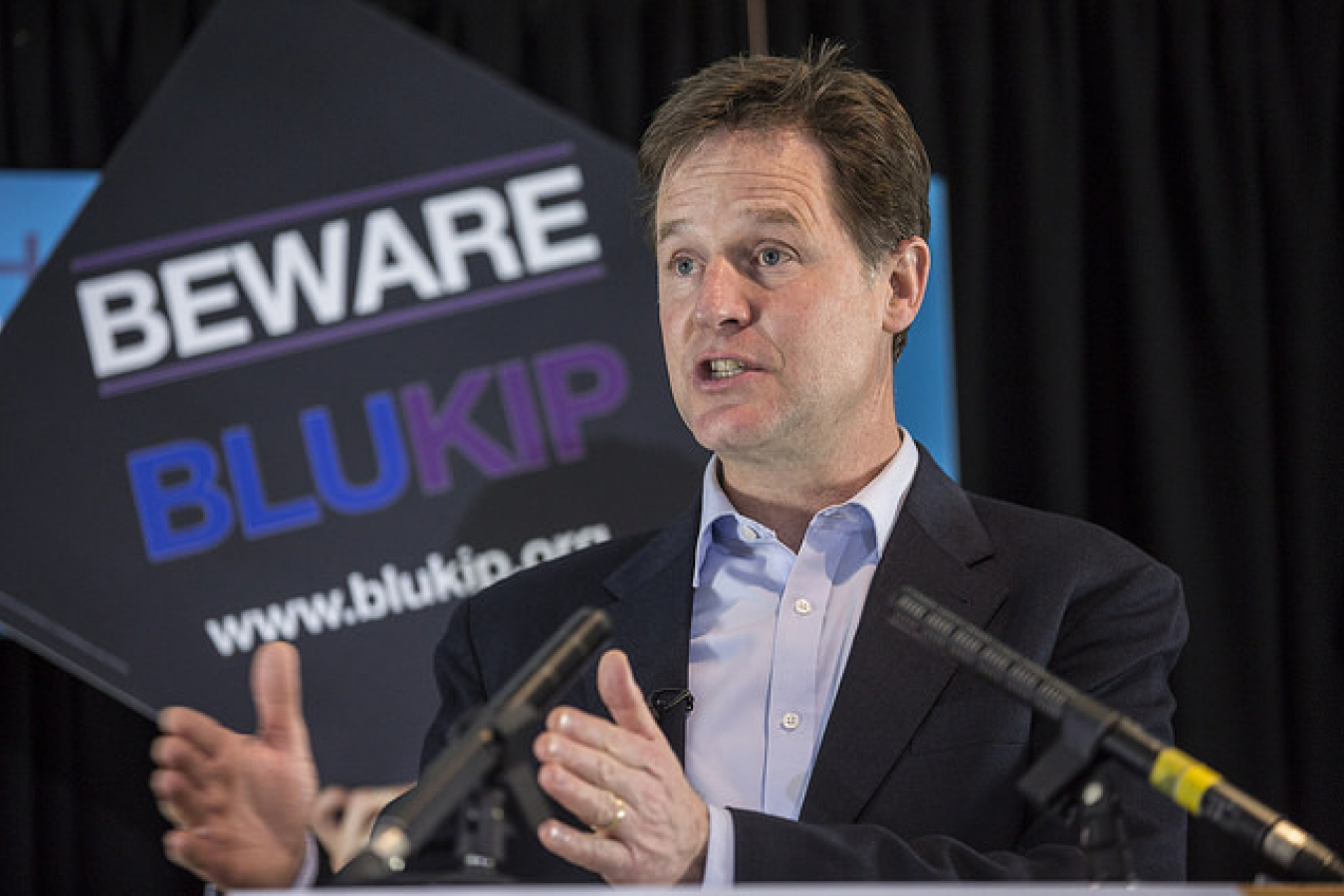 The UK's Deputy Prime Minister, Nick Clegg, says that the UK coalition government has scrapped plans to reduce annual immigration to below 100,000 annually.

Mr Clegg, the leader of the Liberal Democrat Party which is the junior partner in the UK Coalition government with David Cameron's Conservatives, said that the Conservatives had been 'fixated' on meeting the commitment to reduce immigration to below 100,000 annually and that this had made it harder for the government to tackle problems in the UK's immigration system.

However, he added 'Thankfully the Conservatives have now softened their attachment to the net migration target and backed away from 'tens of thousands' – omitted entirely, for example, from the Prime Minister's immigration article [in The Daily Telegraph] last week.'

The 'tens of thousands' commitment was first made In January 2010 when Mr Cameron was leader of the opposition, when he appeared one Sunday Morning on the Andrew Marr Show on BBC television, a political chat show.

Mr Cameron promised that, if he was elected Prime Minister, he would reduce net immigration into the UK from the then level of over 250,000 per year to 'tens of thousands' a year by the time of the next election in 2015.

However, following the general election of 2010 in which the Conservatives entered into Coalition with the Liberal Democrats, many will be surprised to know, that the 'tens of thousands' pledge was never adopted as Coalition Government policy.

Nick Clegg described the promise as 'a fallacy' which did not provide a proper test of the government's success in limiting immigration.

On Tuesday 5th August, Mr Clegg made a speech in London in which he said 'I made sure the 'tens of thousands' pledge wasn't in the Coalition Agreement because it's unrealistic; because it's based on a fallacy: if a million Brits leave and a million migrants come you get net migration of zero – does that mean you've done the job?'

Mr Clegg said that the target had actually got in the way of implementing effective immigration reform. However now, with the target being scrapped, Mr Clegg hopes to focus on a more realistic immigration policy.

In fact, until recently, few people realised the distinction between Conservative Policy and government policy. The Home Secretary and the Immigration minister are in the Conservative Party and since 2010 have taken steps to reach the 'tens of thousands' target.

But, last year, the Liberal Democrat Business Secretary Vince Cable said that the 'tens of thousands' policy was a Conservative, not a Coalition, policy. Now, with the next election approaching, Mr Clegg wants to make the distinction clear again in the hope of electoral advantage.

Mr Clegg also attacked the Labour Party's record on immigration. He said that the Coalition had from the previous Labour government inherited an immigration system which was 'in utter disarray.'

Since Mr Clegg spoke, the chairman of the Conservative Party, Grant Shapps MP, has attacked Mr Clegg's 'hypocrisy.' Mr Shapps says that the government does intend to reduce immigration to below 100,000 per year.

He told The Daily Mail paper, 'The surprising thing about it is that he has never raised any of these concerns that I am aware of privately over the last few years. What's more, he has actively blocked several of the common sense straightforward assessments... he's stood in the way of those things happening - for example blocked our calls to rein in EU migration.'

'It's very strange. You would have thought even in the background, in private you might have heard some of these things. I thought it was an extraordinary speech to make.'

If the 'tens of thousands' target remains Conservative (or perhaps government) policy, then things are not going very well. The government has introduced numerous measures over the last four years to cut immigration. By 2013, it had had some success and net immigration had fallen by about 100,000 annually to just over 150,000 annually.

But, since then, immigration has actually risen. The latest figures show that net immigration in the year to March 2014 was 212,000; only 40,000 less than at the last election. Some migration experts predict that the next figures might be even higher, virtually back to the levels under Labour.