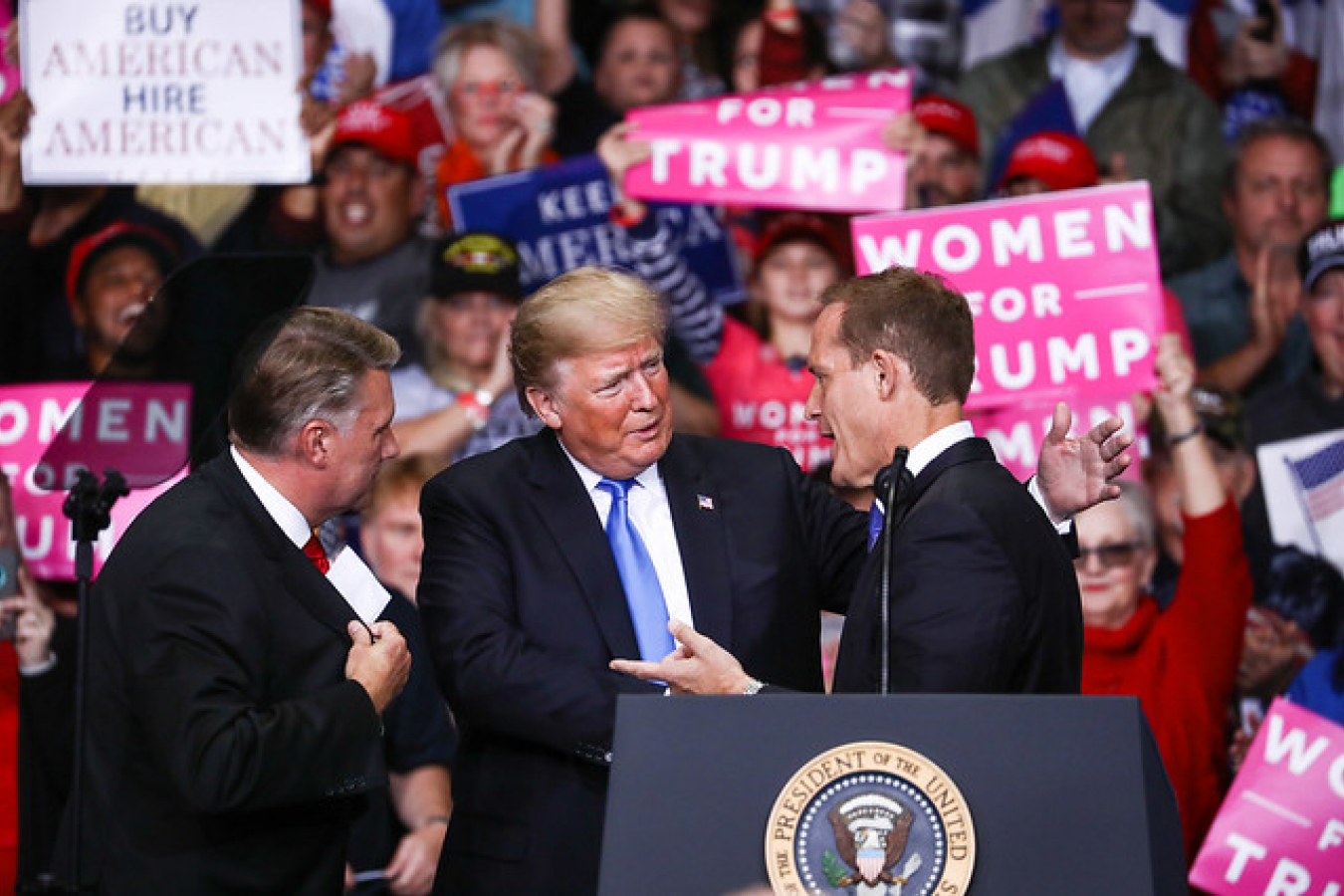 The US House Judiciary Committee voted on Wednesday to proceed with a bill that would if enacted repeal Donald Trump's travel ban on several Muslim majority countries.  It would also prevent future bans based on religion.

These travel bans introduced by President Trump have proved to be highly controversial and have provoked widespread anger both in the US and abroad.  The first ban prevented nationals of seven majority Muslim countries from visiting the US for 90 days.  It also prevented entry of Syrian refugees indefinitely and stopped entry of other refugees for 120 days.  Because of continuing litigation Trump had to introduce various new versions of the “Travel Ban”.  There is now a new ban that prevents long term immigration mainly from African Countries.

The new “NO BAN Act” probably has zero chance of success.  Republican politicians whatever they may think will support Trump. The only way to stop this now is perhaps proceedings in the Court.  Litigation may very well continue for years.

The House of Representatives panel voted along party lines in favour of advancing the "NO BAN Act", which was introduced amid widespread outrage over Trump's travel ban. The measure now moves to the full House.

The House Judiciary Committee recently voted in favor of advancing a bill targeting the withdrawal of Donald Trump’s controversial US visa travel ban. The ban was recently expanded to include six nations, mainly in Africa, in addition to the seven already on the list, most of which are Muslim majority countries.

In June 2018, the Supreme Court upheld a third iteration of the much-criticised ban, which applied to citizens of Muslim-majority nations Iran, Libya, Somalia, Syria and Yemen. Some US visa and travel restrictions were also placed on citizens of North Korea and Venezuela.

The ban was recently expanded to include Eritrea, Kyrgyzstan, Myanmar, Nigeria, Sudan and Tanzania, with the Trump administration claiming that each of these countries failed to meet strict US security measures and information sharing standards.

Despite the House Judiciary Committee voting in favor of advancing the bill, it’s unlikely that it will get past the Republican-controlled Senate.

The “NO BAN Act” was introduced following a large-scale uproar over Trump’s travel ban, which was first announced in 2017. The bill aims to restrict the President’s power to enforce future restrictions based on religion.

Immigrant advocate and civil rights groups have welcomed the House panel’s vote in favor of advancing the bill.

Mana Waheed, senior legislative and advocacy counsel for the American Civil Liberties Union (ACLU) said: “Congress has taken a huge step forward, sending the message to the president and the country that Muslims and other communities of color are welcome here. Now that the bill has passed out of committee, we look forward to its swift passage in the House without any further changes.”

“We must end these bans and prevent presidents from using rank prejudice to discriminate against black and brown people,” Mr Waheed added.

Significant backing for NO BAN Act

Introduced in April 2019, the NO BAN Act is backed by nearly 250 members of Congress, plus hundreds of civil rights, faith, national security and community organisations across the United States.

Civil rights organisation Muslim Advocates, based in Washington, DC, said: “Tens of thousands of American Muslims have been cruelly separated from their families by the ban.”

“This needless suffering has not made us safer and instead furthers President Trump’s bigoted agenda of excluding Muslims, Africans, immigrants and other people of color from the story of America,” the group added.

President Trump announced his travel ban shortly after taking office in 2017, without warning. His executive order sparked chaotic scenes across US airports, with hundreds of travellers detained and US visas revoked.

Travel ban a dark moment in US visa history

Democratic Representative, Pramila Jayapal, tweeted: “The Trump Administration’s implementation of the Muslim Ban is a dark moment in our history. It calls into question all Americans’ basic rights. It sets a standard that the President of the United States can target and discriminate against anyone, without consequences. #NoBanAct”

During his presidential campaign trail in 2016, Trump promised to ban Muslim immigrants and refugees from entering the US. Meanwhile, Trump’s 2020 re-election drive is geared towards imposing harsher US immigration laws.