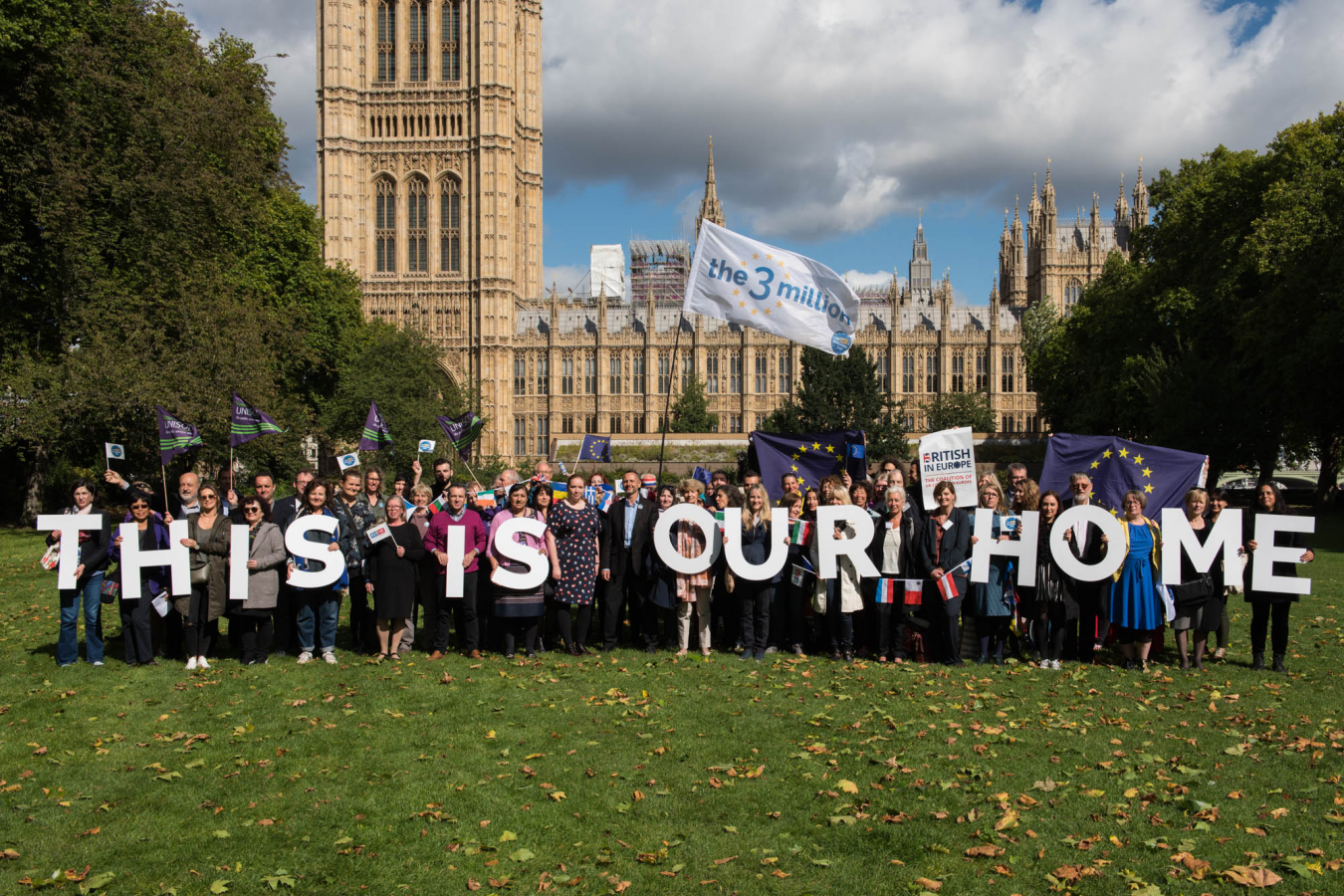 It should be easy and straightforward for EU citizens to gain residence status in the UK.  Perhaps the Government should consider reducing the residence requirements for settled status from five years to two years, and make other changes to make it easier.  There are concerns that too many settled scheme applications are being refused for no good reason.

EU applicants have until 30 June 2021 to apply for settled status or pre-settled status.  However, it is probably best to apply by 31 December 2020, which is currently the last day of the Brexit transitional period.  There have also been concerns that the UK Government has not taken adequate steps to make sure that all eligible EU citizens know about the scheme.

The 3 million a campaigning group is also demanding a physical document, confirming the right of EU citizens with settled status and pre-settled status to live and work in the UK.  They are concerned that there are serious issues with a digital only system.  If you have lost the details to confirm your status online, you could have difficulty renting a place or proving your right to work in the UK in future.

The Home Office’s EU settlement scheme has left tens of thousands of European nationals facing deportation from the UK, according to a report published by The Independent. Some EU citizens, many of whom have served on the frontline in the battle against coronavirus, have fallen through the cracks MPs have warned.

MPs have written to UK Prime Minister, Boris Johnson, urging him to introduce a ‘legal right to stay’ to replace ‘settled status’ to give reassurance to more than 3 million EU citizens currently living in Britain.

The EU settlement scheme enables citizens of EU member states, the European Economic Area (EEA) and Switzerland, who have lived in the UK continuously for a period of five years, to apply for settled status to stay in the UK.

Meanwhile, those arriving in Britain prior to the end of 2020, can apply for ‘pre-settled’ status in view of applying for settled status once they hit the five-year criteria.

According to Home Office data, almost 4 million (3.8m) applications had been made by the end of July, with 3.6 million applications processed and just over 2 million (57 percent of applicants) granted settled status.

1.5 million (42 percent) have reportedly been granted ‘pre-settled’ status, while a further 75,000 people (2 percent) have been classified as denied, withdrawn, void or invalid.

MPs who signed the letter to Johnson said that the figures show that hundreds of thousands will be left in limbo for up to five years once the Brexit transition period ends in December, without knowing whether they can remain in the UK long-term.

MPs warned that even if the scheme is 98 or 99 percent successful, it would still leave tens of thousands without the right to stay in the UK come 2021.

The letter, signed by the following MPs - Scottish National Party’s Westminster leader, Ian Blackford; the Liberal Democrat home affairs spokesperson, Alistair Carmichael; the Plaid Cymru leader, Adam Price; the SDLP leader, Colum Eastwood; and Green MP Caroline Lucas – stated that EU migrants account for a large population of the delivery driver, agricultural, supermarket, care home and medical workforce in the UK, all of whom are credited with keeping the country running amid lockdown.

MPs said in the letter: “It should be a matter of national shame that many of the heroes and heroines of the coronavirus crisis will have been made to feel so unwelcome in this country by the tone and content of our national debate on UK immigration.”

“Millions of European migrants who live in the UK and who are now working in hospitals and supermarkets derive their right to be here from EU freedom of movement rules, which the government is seeking to abolish. They are now being asked to apply for their right to stay in the UK via the settled status scheme, a process which is not guaranteed to be successful,” the letter said.

The letter concluded, saying: “Although settled status has now been granted to many EU citizens, we are extremely concerned at the prospect of some losing their status in the UK.

“With much of the government and third sector having been shut down by the coronavirus crisis, the applications system has been severely disrupted, as has the support system for applicants and public awareness campaigns. Unless the government acts, many thousands of people could fall through the cracks.”

The MPs have urged Johnson to implement legislation that would give EU citizens the legal right to remain in Britain.

Mr Blackford said: “The UK government must confirm the rights of EU nationals to remain as a matter of urgency. Many people risk falling through the cracks, causing uncertainty and distress for thousands of EU nationals who have made the UK their home.”

Meanwhile, Mr Lucas said: “The millions of EU citizens who have made their home in the UK are not just a statistic, or an economic asset – they are our neighbours, friends and families. The idea that we could allow any one of them to lose their status here should fill us with shame.”

“Yet that is inevitably what will happen to thousands of people unless the settled status system is fundamentally overhauled, even if the overwhelming majority do apply successfully,” Lucas added.

Mr Lucas went on to stress that amid the EU referendum, Leave campaigners promised Europeans living in Britain that they’d have the right to remain, not the right to ‘apply to a convoluted system that could leave them facing deportation.’ “We want to see this very basic promise honoured,” Lucas said.

According to the organiser of campaigns such as Right to Stay and Another Europe is Possible, Alena Ivanova, the government has so far failed to guarantee that absence from the UK during the COVID-19 crisis, which has left thousands of EU citizens stranded abroad for long periods, would not count against an applicant making a claim because technically they have broken the five continuous years criteria.

Ivanova said: “While the Home Office paints a rosy picture of the success of the settlement scheme, there are still millions at risk of losing their rights in the coming years. A system that asks you to apply to stay in your home - in some cases twice - is not what European nationals were promised.”

“Even if we assume that 98 or 99 percent of them apply successfully that would still mean tens of thousands of people facing deportation from the place they have made their home,” she added.

Ivanova claimed that she has been inundated with reports highlighting new issues with the scheme, which she said ‘cannot be overcome in time.’ These range from people being unaware of the scheme or lacking support in the application process to applications being affected because of absence from the UK during the pandemic.

“It’s time for the Home Office to re-assess the scheme and grant automatic status to all,” she said.

Despite apparent flaws, a Home Office spokesperson insisted that the scheme made things easier for EU citizens, saying: “The EU settlement scheme makes it easy for EU citizens and their family members who want to stay in the UK to get the immigration status they need. It provides them with secure evidence which they can use to demonstrate their right to work, study, housing and benefits.”

“There have been more than 3.8 million applications to the EU settlement scheme already and more than 3.5 million grants of status. People’s rights are secured in UK law whether they have pre-settled status or settled status,” the spokesperson added.