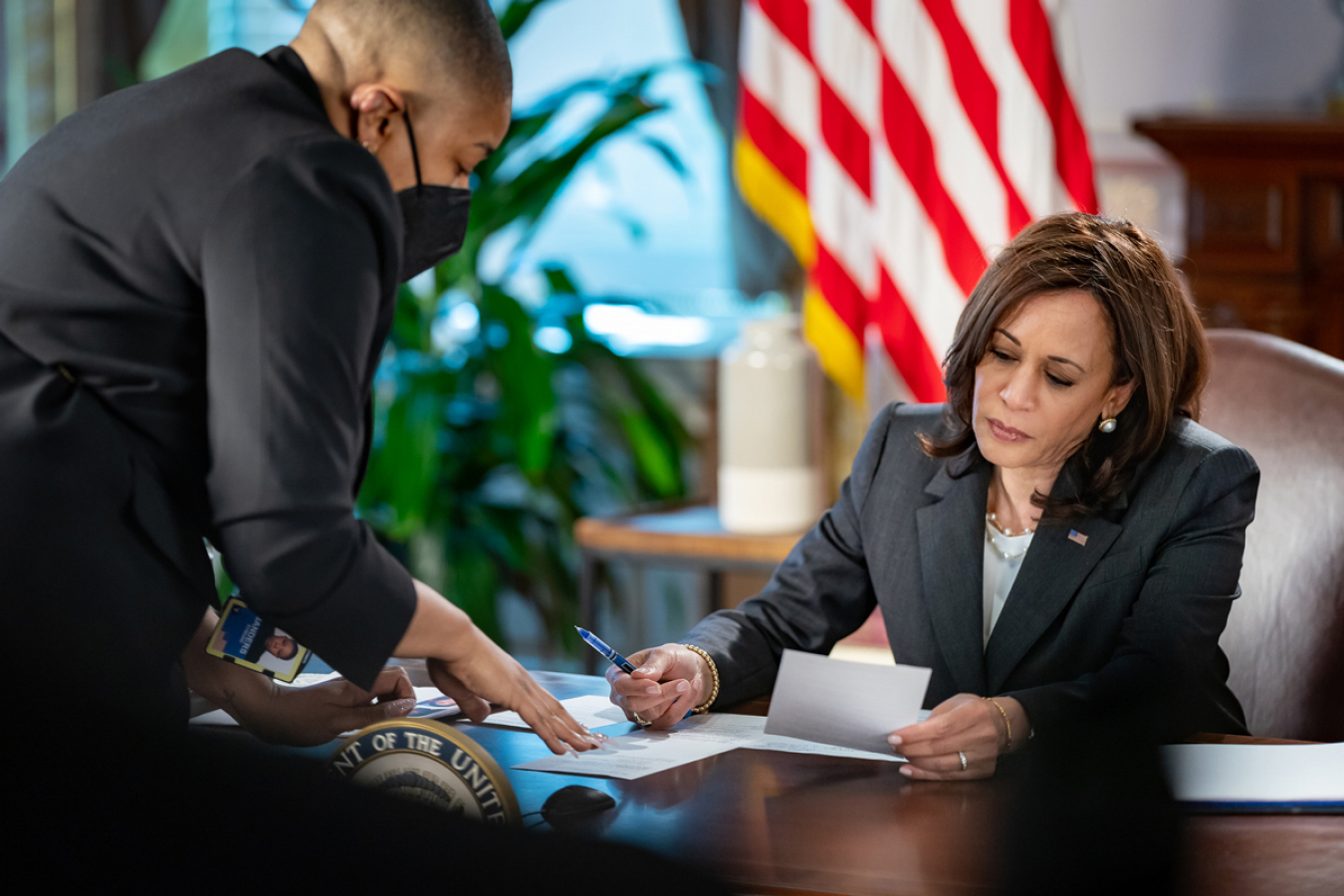 Kamala Harris’ first international trip as US Vice President sparked a major backlash from Republicans who accused her of not taking the US immigration ‘crisis’ at the southern border with Mexico seriously. Harris returned from a visit to Guatemala and Mexico on June 9.

The Vice President has been blasted for what critics have described as ‘flippantly answering questions about why she has not yet visited the US border for an on the ground assessment’. Republicans claim that her failure to give a clear answer represents her ‘biggest stumble’ since she became President Joe Biden’s deputy.

Republican from Texas, Senator John Cornyn said that Harris’ trip was a ‘missed opportunity’. He said: “She is avoiding the point of failure in the US immigration system, which is at the border.”

Those criticising Harris pointed to the humanitarian crisis at the border, which began more than a decade ago when former US President, Barack Obama, ‘struggled to apply the most effective response to thousands of people – including unaccompanied children – fleeing poverty and violence in their home countries’.

Donald Trump tried to remedy the situation by constructing a new border wall, but drew criticism over a series of controversial US immigration detentions.

Meanwhile, current US President Joe Biden has also been accused of failing to tackle illegal immigration, with his critics said to be ‘smelling blood in the water’, especially given that Harris has not yet visited the southern border despite being tasked by Biden with dealing with the situation.

During her visit to Guatemala, Harris said that she said would ‘remain focused on addressing the root causes of illegal migration such as poverty and crime. The US Vice President said that she refused to get drawn into making ‘grand gestures’ such as a hypothetical border visit.

Meanwhile, in an interview with NBC News, things got tense when Harris seemingly implied that she had been to the border. The reporter interviewing her noted that she was yet to visit as Vice President.

Harris retorted: “I haven’t been to Europe either.” The Vice President then laughed nervously. The awkward exchange was blasted by some Republicans.

The Vice President arrived in Guatemala on June 6 and during an address she aimed a warning at would-be migrants, saying: “Do not come to the United States.”

However, she also reiterated the Biden administration’s pledge of a ‘more humane US immigration policy’, one that’s in stark contrast to the zero tolerance immigration policy administered by Trump, which Republicans prefer.

Senator Ted Cruz told Fox News: “Everything Joe and Kamala have done has sent exactly the opposite message from Harris’ ‘do not come’ remark. We’ve seen in the five months they’ve been in office, an absolute disaster unfolding at the border with no willingness to fix the problem.”

Flew over the southern border

Meanwhile, another Republican Senator, James Lankford, said: “The Vice President should have at least visited the border to get a better idea of what’s happening. However, she has literally flown ‘over’ the border twice.”

Congresswoman, Rashida Tlaib, posted on Twitter in response to Harris’ comments: “This whole ‘stay there and die’ approach is not how our country will promote a more humane and just immigration system.”

However, the White House backed Harris, saying that her trip to Central America to address the root causes of immigration to the US from the Northern Triangle was ‘exactly what President Biden had asked of her’.

Meanwhile, Democratic Senator Tim Kaine said: “It was really important that Harris visited Guatemala and Mexico as a way to show the administration’s commitment to tackling illegal immigration.”

In response to Harris’ critics, Kaine said: “I imagine she knows a lot more about the border than some of the folks that are criticizing her.”