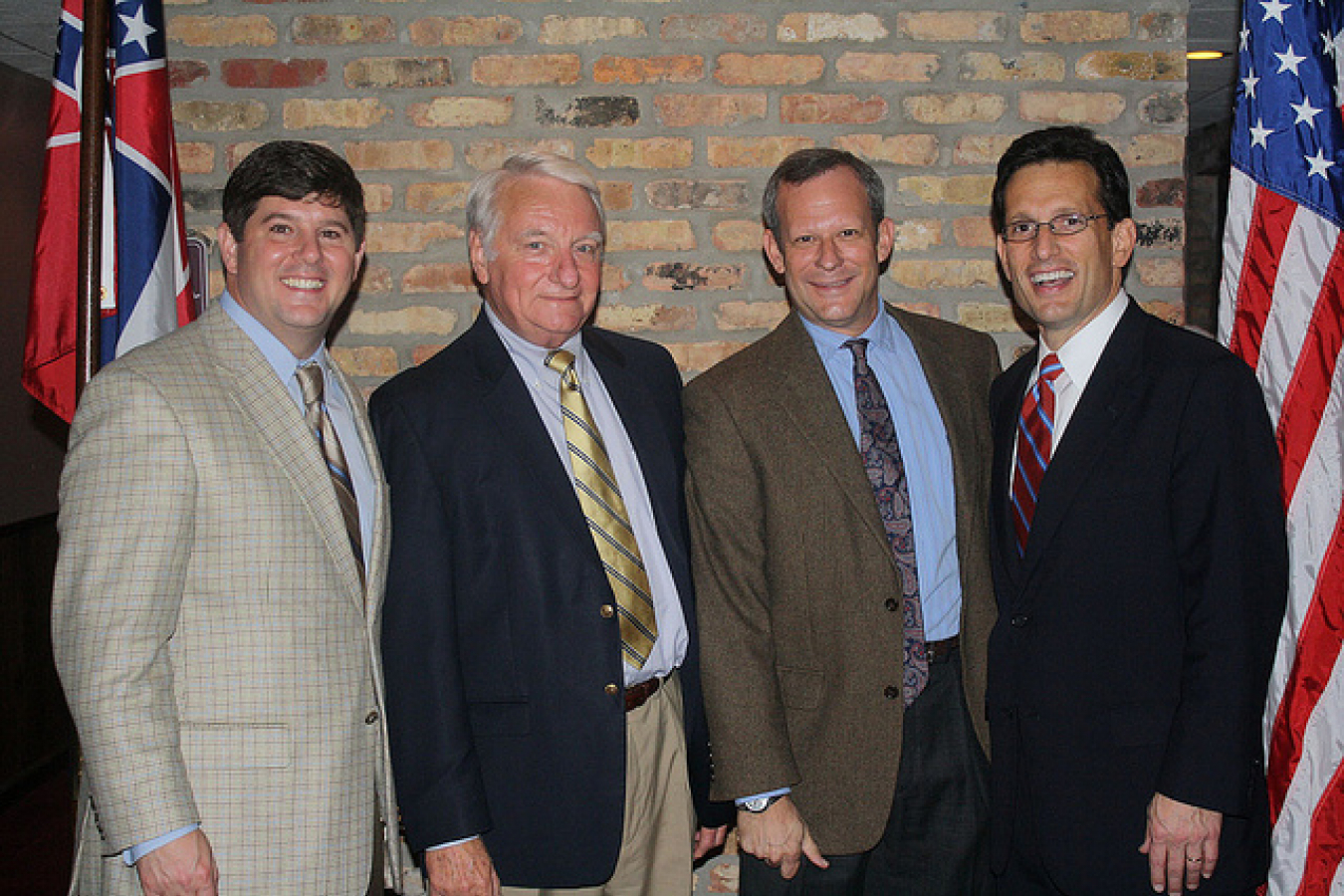 The leader of the Republican Party in the House of Representatives, the junior chamber of the US Congress, has said that he will support a change to the law that would, in time, allow some illegal immigrants to become US citizens.

This is a significant departure for Republicans who were previously opposed to citizenship for anyone who entered the country illegally and for Mr Cantor himself, who voted against the DREAM Act, which would have created a path to citizenship for those who came illegally to the US as children, in 2010.

The reason for Mr Cantor's change of heart may lie in principle or it may lie in electoral arithmetic. At the last Presidential election, Mitt Romney, the Republican candidate campaigned on a platform that included a commitment to the 'self-deportation' policy favoured by hard-line anti-immigration Republicans. Self-deportation involves making life so unpleasant for illegal immigrants that they choose to leave the country voluntarily.

However, the defeat of Mr Romney by President Obama in November 2012 seems to have sent shockwaves through the Republican Party showing them that they have to change their tune if they wish to regain the presidency.

At that election, Mr Obama won over 70% of the Hispanic vote. The Hispanic vote is growing fast but polls show that the Republicans' share of that vote has been falling, almost certainly because of their hard line on immigration. Therefore, most Republican strategists believes that if they want to regain the White House, they are going to have to win more Hispanic votes and, if they want to do that, they cannot maintain their total opposition to immigration reform.

A Representative from Florida, Mario Diaz-Balart, has said publicly that the Republican Party's immigration strategy has been 'an abysmal failure' and says that Republicans realise that they have to change in order to win back a bigger share of the Hispanic vote.

Since the election, President Obama, a Democrat, has made immigration reform a priority. At the same time, a group of senior Republican and Democratic senators known as 'the gang of eight' has cooperated to produce a framework agreement for comprehensive immigration reform. The gang includes Republicans like former Presidential candidate John McCain and North Carolina senator Lindsay Graham as well as four senior Democrats. The gang has agreed to create a plan which would provide for comprehensive reform of the US immigration system.

The basic elements of the plan are
• The establishment of a 'path to citizenship' for the 11m illegal immigrants currently living in the US.
• Strengthening security along the Mexican border
• Awarding more employment based work visas to skilled economic migrants and more green cards to foreign technology graduates from US universities

In order to become law, however, the gang of eight's proposal would have to be passed not only by the Senate but also by the House of Representatives. The House is controlled by the Republican Party and many questioned whether they would cooperate with the Democrats on immigration reform. In recent years, cooperation between the two parties in Washington has become extremely rare leading to a situation called 'gridlock' where it is almost impossible for any legislation to pass.

Last week, it seemed that the House might still vote down any reform. Representative Lamar Smith of Texas said last Monday that any amnesty would cost American jobs, reward criminal behaviour and lead to further illegal immigration.

However, Mr Cantor's speech suggests that some reform may well be possible though it will fall short of what the President wants. The President, and the gang of eight have both said that they want to establish a path to citizenship for all 11m illegal immigrants whereas Mr Cantor spoke only of those illegal immigrants who came to the US as children. The US Department of Homeland Security, (DHS) has estimated that there are approximately 1.76m DREAMers in the US illegally.