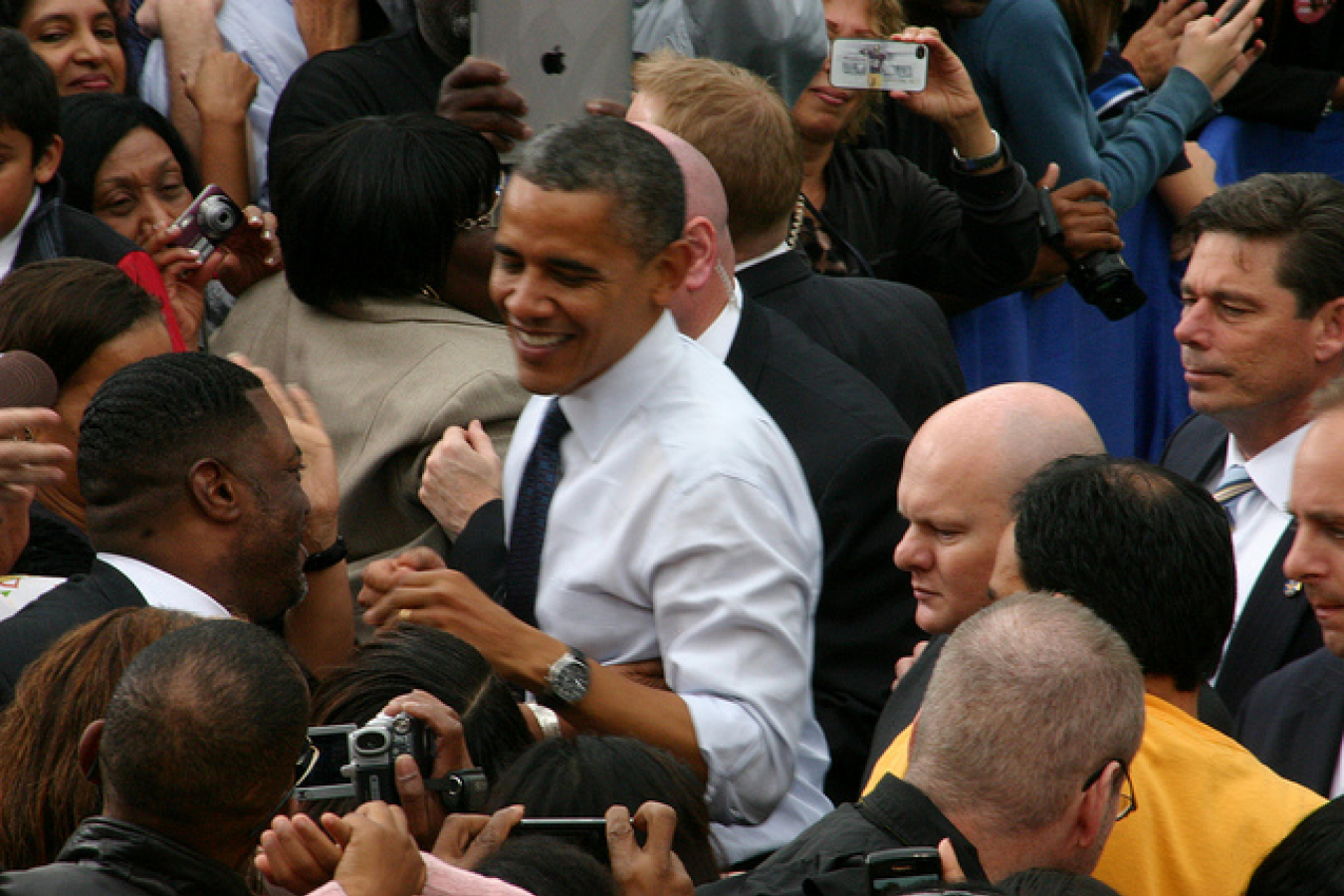 President Barack Obama gave a speech in Las Vegas on Tuesday, 29th January 2013, in which he told Americans that the time has come for the US to reform its immigration system.

The President's speech was light on detail but he laid out the principles that will underlie his immigration reform proposals while speaking at Del Sol High School. In the hall were a collection of national and local politicians, many of them of Hispanic descent.

The President said that there was now an opportunity for reform. He said 'For the first time in many years, Republicans and Democrats seem ready to tackle this problem together'. He said that he was laying out his ideas on immigration reform to help Congressmen and women to 'craft a bill'.

The President said that there were three basic areas where reform was necessary. Firstly, he said, the US must 'stay focussed on enforcement'. This will probably mean, in practice, yet more border patrols along the Mexican border and an expansion of the e-Verify system which makes it harder for illegal workers to find work. Before an employer employs a worker, it will be necessary to check them against a database of legal workers. If they do not appear, it will be illegal to employ them.

Secondly, the President said, the US must 'deal with the 11 million individuals who are here illegally.' Mr Obama said that the US must 'lay out a path [to citizenship], a process, that includes passing a background check, paying taxes, paying a penalty, learning English and then going to the back of the line behind all the folks who are trying to come here legally'.

'Bring our legal migration system into the 21st century'

Thirdly, the President said, that the US must 'bring our legal immigration system into the 21st Century'. Expanding, the President said 'you shouldn't have to wait years, if you're a foreign student who wants to pursue a career in science or technology, or a foreign entrepreneur who wants to start a business…we should help you do that here, because, if you succeed, you'll create American businesses.'

Border security was increased enormously by the President in his first term. The US now spends more on border security than on the rest of law enforcement combined. Last year, the US spent $18bn on policing immigration. Some would say that the enormous sums spent on border security have not proved to be cost effective.

The granting of more visas to highly skilled graduates is something that is opposed by a number of anti-immigration groups but it will gain support from both major parties, Republicans and Democrats, in Washington. In 2012, both Republicans and Democrats introduced bills in Congress to increase the number of visas granted to graduates in STEM subjects (science, technology, engineering and mathematics) although none became law.

Lamar Smith, a Republican Representative from Texas, proposed the STEM Jobs Act that would have granted 55,000 green cards to foreign graduates from US universities with degrees in the STEM subjects; The bill was voted down by Democrats because it would also have abolished the 'Green Card Lottery' which gives 55,000 green cards (this is a commonly used term for permanent residence visas) to people from countries with low levels of emigration to the US. Many would argue that encouraging STEM graduates to remain in the US is beneficial for the US economy. Foreign-born graduates have founded many US companies. As Mr Obama pointed out Intel, Instagram, Google and Yahoo were all founded 'with the help of immigrants'.

However, the granting of citizenship to the eleven million immigrants currently living illegally in the US is likely to be extremely divisive.

It is likely that legislation that introduced a 'pathway to citizenship' would be passed by the Senate. On Monday 28th January 2013, a bipartisan group of Senators, including former Republican presidential candidate John McCain and three other senior Republicans and four senior Democrats. The Democrats have a majority in the Senate in any event.

However, the Republicans have a majority in the House of Representatives. Many Republicans consider that granting a path to citizenship to illegal immigrants is immoral. On Monday 28th January, Lamar Smith, who proposed the STEM Jobs Act last year, said 'When you legalise those who are in the country illegally, it costs taxpayers millions of dollars, costs American workers thousands of jobs and encourages more illegal immigration'.