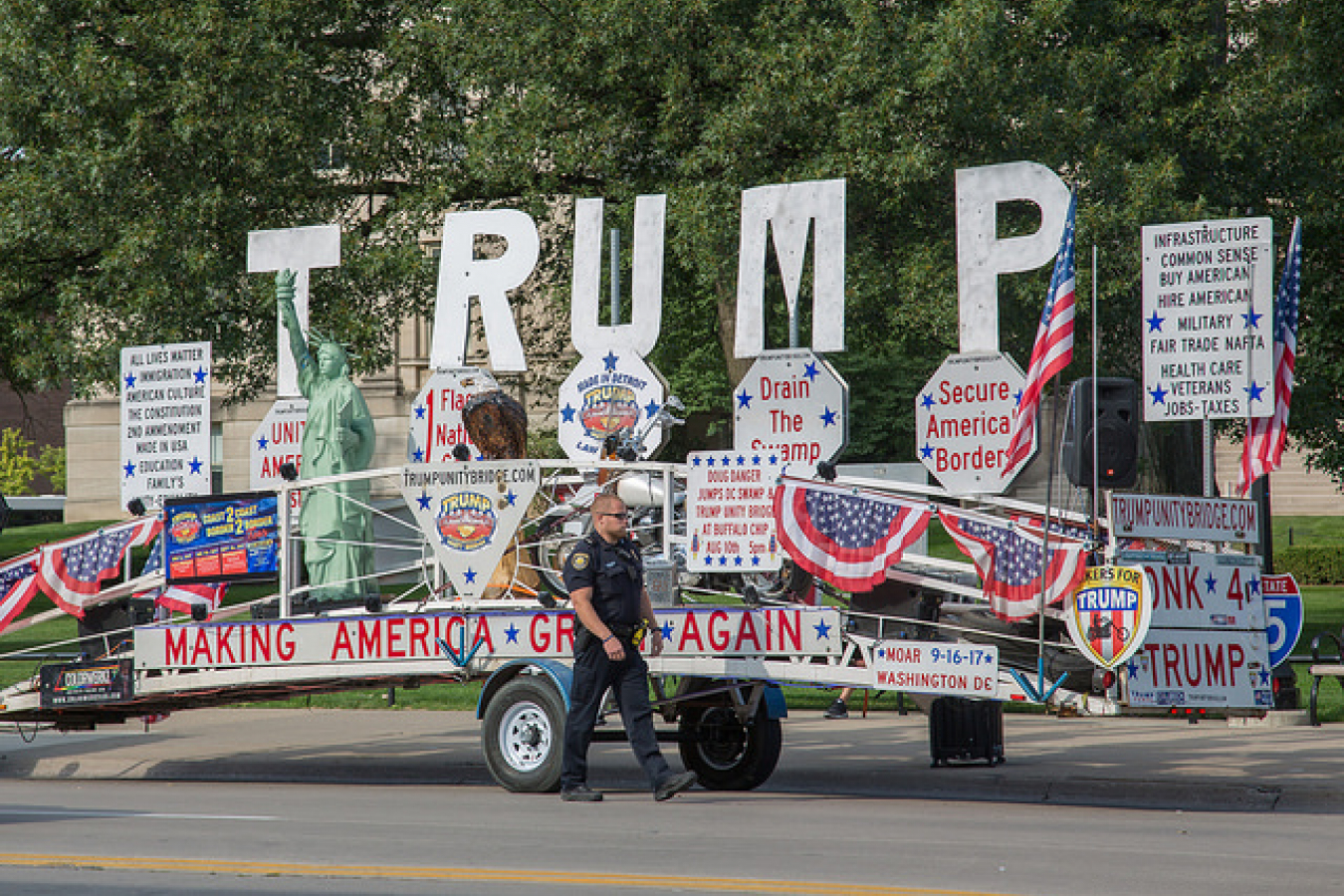 The cost of recruitment for US visa border staff and others so far seems enormous.  Trump has claimed in the past how good he is at deal making.  This recruitment campaign seems to have wasted a great deal of money.  Perhaps it would have been better to have tried out more than one company to see what happens.  Just picking a very well known company to help does not always work.

According to information from the Inspector General’s Office at the Department of Homeland Security (DHS), US Customs and Border Protection (CBP) allocated $60.7 million to management consulting firm, Accenture Federal Services, to vet and recruit 7,500 border officers over five years.

However, despite allocating $60.7 million as part of a $297-million contract, Accenture has only managed to recruit 33 new officers.

Despite Trump pushing for tighter US border security, his promised hiring surge has dwindled. Meanwhile, his decision to partially shutdown the US government for nearly six weeks amid a feud over funding for his $5.7 billion border wall, means the President’s recruitment drive has lost further ground.

In 2018, US Border Patrol did gain a total of 120 agents. However, this was the first net gain in five years.

Nevertheless, Trump’s recruitment drive has fallen well short of the estimated 2,700 immigration and border officers needed annually. According to Kevin McAleenan, the commissioner of CBP, to meet Trump’s demand of 26,370 new border and immigration agent hires by the end of 2021, 2,700 recruits are needed each year.

Last November, the Inspector General’s Office said: “The hiring surge has not begun.”

Meanwhile a Homeland Security official, who wanted to remain anonymous, said: “We have had ongoing difficulties with regards to hiring levels to meet our operational needs.”

The DHS said that US border agencies have long faced struggles with the recruitment and retention of front line federal law enforcement personnel, particularly Border Patrol agents. Trump’s drive for 15,000 new hires has highlighted a chronic problem, with border agencies nowhere near the target set by the President.

According to McAleenan, CBP loses around 1,380 agents every year, with personnel retiring, moving on to better paid jobs or relocating. “These gaps alone are hard to fill,” McAleenan said.

The Inspector General’s Office has questioned Trump’s recruitment drive, given the historically low-level immigration numbers along the US southern border. However, the Trump administration argues that what currently exists is an outdated system designed for ‘single, adult Mexican men’, which is in need of new recruits.

One Homeland Security official said: “The number of families and children we are apprehending at the border is at record-breaking levels. It's having a dramatic impact on Border Patrol’s border security mission.”

President of the Union representing around 30,000 CBP officers, Tony Reardon, recently told the House Homeland Security Committee that CBP personnel had been required to work overtime, and assigned to ‘critically understaffed’ points along the southwest border, since 2015.

Reardon said: “After fighting for years for higher pay, staff and a better hiring process, the agency needs to hire more officers for the 328 ports of entry. All of this contributes to a stronger border.”

Just five days after his inauguration as President on January 25 2017, Trump signed executive orders to recruit 5,000 new Border Patrol agents and 10,000 more US Immigration and Customs Enforcement officers as part of a pledge to strengthen US border security and crack down on illegal immigration.

On signing the orders, Trump said: “Today the United States of America gets back control of its borders.”

3,000 CBP vacancies for US visa enforcement

However, according to House Speaker, Nancy Pelosi’s office, the CBP has more than 3,000 vacant job roles. According to a Government Accountability Office report on CBP’s hiring challenges, job vacancies have increased by around 2,000 since Trump first signed the orders.

According to the latest available data, Border Patrol staffing is well below the 21,360 target set by Congress in 2016, which is a further 5,000 less than the target demanded by Trump.

Meanwhile Accenture, which was awarded the recruitment contract in November 2017, has been slammed for its high costs and poor results. In December 2018, the Inspector General’s Office said: “Accenture and CBP are nowhere near filling the President’s hiring order.”

Earlier in 2018, the CBP informed the House Homeland Security Committee that just 33 new officers had been recruited and that Accenture is paid approximately $40,000 for each one.

The Inspector General’s Office warned that if hiring numbers did not ‘quickly improve,’ CBP risks wasting millions of taxpayer dollars.

Following the warning, the CBP stripped back the contract with Accenture from $297 million to $83 million, additionally issuing a partial stop-work order. It’s understood that officials will decide whether to cancel the contract entirely in March 2019.

Chairman of the House Homeland Security Committee, Bennie Thompson, said that the CBP’s contract with Accenture is ‘plagued with problems’ and reinforces doubts over CBP leadership.

Thompson said: “CBP cannot simply farm out its hiring and spend hundreds of millions without addressing systemic problems at the agency.”

In response to Thompson’s comments, spokeswoman for Accenture, Deidre Blackwood said: “We remain focused on fulfilling our client’s expectations under our contract,” while a Homeland Security official also defended the contract, saying: “You’ve got to be willing to innovate and try things. ... In no way, shape or form was there fraud, waste or abuse.”

Meanwhile, Homeland Security officials have declined to disclose how much money has been spent or the overall number of personnel hired since Trump signed executive orders two years ago, citing that the government shutdown had restricted their access to data.

Nevertheless, the Inspector General’s Office argues that Trump’s recruitment drive was doomed from the start as officials could not justify the operational need for 15,000 extra US immigration and border officers.

US visa system leads to Bribes and sexual favors

Experts have warned that previous efforts at a recruitment drive have led to greater levels of corruption. Historically, drug cartels and other criminal gangs target Border Patrol agents, offering bribes and sexual favors to allow migrants, drugs and other contraband to cross the US border.

With a strict vetting process to fight corruption, the process of hiring has become slower, adding to the challenges. The CBP’s rigorous hiring process includes a lie detector test, introduced by Congress in 2010 after the agency doubled in size and corruption increased, resulting in several deadly incidents.

Part of the problem for hiring failures has been blamed on the recent government shutdown, amid the Trump Administration’s feud with Congress over funding for the President’s border wall.

A Homeland Security official said: “We have to hire to the money that we’re appropriated, at the end of the day.”

Lack of funding for new hires for immigration enforcement

Following the signing of executive orders by Trump in 2017, ICE asked for $830 million to recruit approximately 3,000 new officers and create an infrastructure to add 10,000 new officers in total, according to the Government and Accountability Office report.

However, Congress allocated just $15.7 million to ICE for 65 new agents plus 70 attorneys and support staff. Over the past two years, ICE has recruited 1,325 investigators and deportation officers, but the agency typically loses close to 800 officers a year. As a result, ICE has failed to meet Trump’s mandate

Meanwhile, the CBP asked for $330 million after Trump’s executive orders were signed, to hire around 1,250 Border Patrol agents and increase staff numbers by a total of 5,000 overall. However, Congress gave just $65 million to the CBP in 2017 to improve the hiring process and to offer incentives for personnel to transfer to sites short of staff.

Nevertheless, the funding has failed to produce results, with the government shutdown not helping things. Trump has reopened the government, but has threatened closure again within three weeks if his border wall funding demands are not met.

If you would like to apply for a US work visa – including L1 visas, E1 and E2 visas, and H1B visas - Workpermit.com can help. 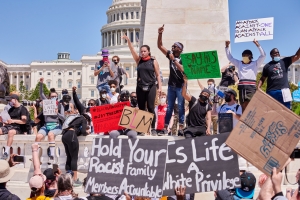 Comments (0)
Comments by Sanwar Ali : Astonishing things are happening around the World since the death of George Floyd . It seems that Minneapolis Police are going to be disbanded . It was a Minneapolis Police...