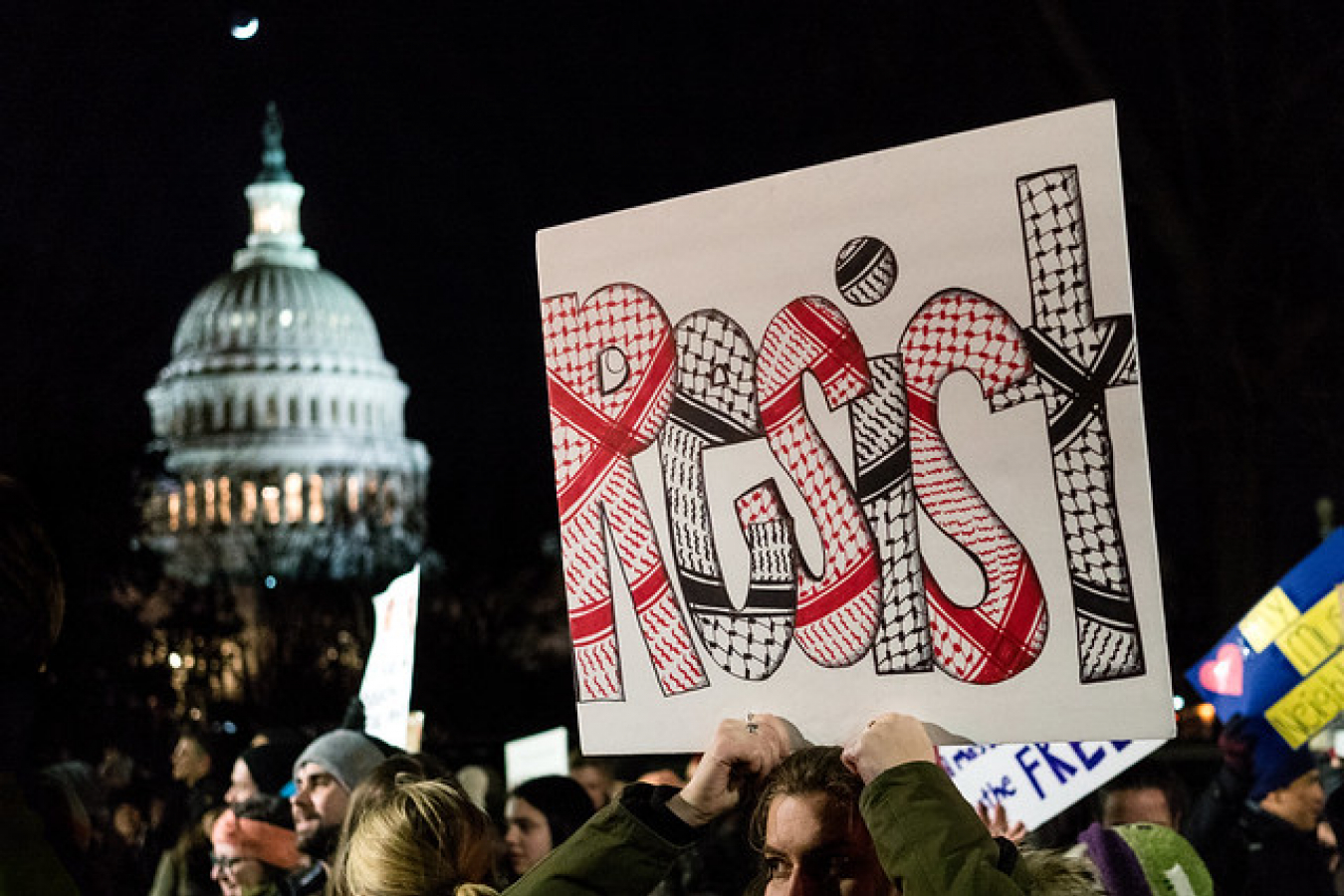 It has been suggested that the new US visa travel ban is also racist in nature and is targeting mainly Africans.  The most populous African Country Nigeria is included which has a population of 200 million people.  The ACLU American Civil Liberties Union is still fighting the previous ban.

The US has imposed travel restrictions on Sunday evening due to the novel coronavirus outbreak that has so far killed more than 300 people in China and infected about 16,600 around the World.  Those affected are foreign nationals who have visited China in the last fourteen days.

The travel restrictions relating to China are perhaps a bit less controversial.   The other ban is more controversial as it seems to be targeting Muslims and Africans.   The Democrats are proceedings with a NO BAN Act in Congress.  Perhaps unlikely to succeed.

Six new countries, mostly in Africa, have been added to Trump’s controversial US visa travel ban.Eritrea, Kyrgyzstan, Myanmar, Nigeria, Sudan and Tanzania have been added to a list of nations hit with immigration restrictions, making it harder for them to enter the USA. Belarus was also expected to be added, but managed to avoid being included in the ban.

The six countries have been included in an amended executive order, which already enforces travel restrictions on citizens from a number of Muslim-majority nations, including Iran, Libya, North Korea, Somalia, Syria, Venezuela and Yemen.

The amended executive order is set to take effect on February 22, 2020, with the Trump administration saying that the addition of the six countries is vital to US national security and ensures that they meet security restrictions.

Impact of the US visa travel ban

It’s understood that the expanded US visa travel ban will affect each of the six newly added countries differently. Nigeria – Africa’s most populous country – along with Eritrea, Myanmar and Kyrgyzstan will be restricted from accessing US immigrant visas that can lead to permanent residence, often referred to as green cards.

Immigrant visas include those issued to people who are sponsored by family members, employers or those part of the diversity visa program – more commonly known as the green card lottery.

Meanwhile, citizens of Sudan and Tanzania will be banned from the diversity visa program, under which a limited number of visas are granted each year to nationals of countries with historically low immigration rates to the US. 55,000 visas were issued to citizens across six geographic regions during the most recent green card lottery, according to official figures.

Grace Meng, senior researcher at Human Rights Watch, said: “Since many people seeking immigrant visas are trying to reunite with US citizen family, US families and communities will suffer from the ban, not just nationals of these countries.”

Nigeria’s foreign minister, Geoffrey Onyeama, said that he heard about the ban just prior to a meeting with US Secretary of State, Mike Pompeo, about expanding US-African relations. Africa’s top diplomat said he was ‘somewhat blindsided’ by the news of Trump’s ban on Nigerian immigrants.

However, Mr Onyeama added that he had received assurances that US visa restrictions imposed on citizens of Nigeria could soon be lifted.

The Nigerian foreign minister said: “My government is already working to address the security concerns that the Trump administration has raised and which prompted their decision.”

“We were somewhat blindsided with the announcement of the visa restrictions by the US. However, we know — and US officials have also confirmed — that we have been able to tick most of those boxes regarding security concerns,” Mr Onyeama added.

Following the news that Nigeria had been added to the US visa travel ban list, Nigerian officials immediately stepped up their efforts to share the personal data of immigrants with criminal records, stolen passport information and suspected links to terrorism, with the US and Interpol member countries.

Mr Onyeama said: “Once we have satisfied all US security concerns, hopefully Nigeria will be removed from the visa restriction list.”

US Secretary of State, Mike Pompeo, said: “Nigeria has room to grow in sharing important national security information. I am optimistic that’s going to happen.”

Thousands of US citizens affected by US visa travel ban

The original US visa travel ban, which came into effect in 2017, has impacted thousands of US citizens. Stories of husbands, wives and entire families torn apart by the travel ban have made national and international news since the restrictions were imposed.

In March 2019, Workpermit.com reported that 37,000 US visas had been rejected under travel ban, and it’s expected that the amended executive order will affect thousands more Americans with relatives and spouses based in the banned countries who wish to join them in the US.

Despite the ban, it is possible for citizens from each of the six banned countries to enter the US by way of a visa waiver, based on their visa application. The visa waiver is currently the subject of a federal lawsuit, which is challenging the visa waiver process, with those filing the lawsuit claiming that it’s too difficult for immigrants to navigate.

Meanwhile, non-immigrant visas are unaffected by the new ban. So, citizens from each of the six recently added travel ban countries can still travel to the US on a temporary basis, on a tourist or business visa or to receive medical treatment.

Following the announcement of the latest version of Trump’s controversial travel ban, immigrant advocates are urging Congress to act by ratifying the No Ban Act.

The No Ban Act was introduced in the Senate on April 10, 2019. The bill seeks to impose limitations on President Trump’s authority to suspend or restrict aliens from entering the United States and terminates certain presidential actions implementing such restrictions.

It further seeks to prohibit religious discrimination in various immigration-related decisions, such as whether to issue an immigrant or non-immigrant visa, with certain exceptions.

While the new travel restrictions are set to take effect on February 22, those who are traveling to the US on that date of have received a US visa, will be exempt from the ban. People who have not received a visa will be subject to the new restrictions, but could be eligible for a waiver.