Despite repeated threats made by Beijing over the UK’s perceived interference in China’s affairs, Westminster has stood firm over its decision to introduce the BNO visa scheme. Downing Street said: “We will not look the other way on Hong Kongers with British National (Overseas) status.”

As of 31 January, Hong Kong citizens with BNO status became eligible to apply for a special visa for UK entry. However, China’s foreign ministry has blasted the move, saying: “While the UK may be in desperate need of talent, it should not have used the BNO passport as a political cover-up.”

Beijing has said that it will no longer recognise the BNO passport as a travel document. Around 300,000 people are expected to leave Hong Kong under the new UK visa route.

Those applying for the BNO visa will be able to apply for settlement in the UK after five years and then British citizenship after a further 12 months in the country.

Boris Johnson’s official spokesperson said: “We have been clear that we will not look the other way when it comes to Hong Kong people with British National (Overseas) status who now have a choice to come and live and work and study in the UK.”

“It remains the case that BNOs and their families can use documentation other than BNO passports to travel and enter the UK,” the spokesperson added.

Britain’s decision to follow through on a promise made in July 2020 comes following comments made by Zhao Lijian – spokesperson for the Chinese foreign ministry.

Lijian said: “The attempt to turn a large number of Hong Kong people into second-class British citizens has completely changed the nature of the two sides’ original understanding of BNO.”

Meanwhile, an official statement issued by China’s Ministry of Foreign Affairs said: “Apart from serving its political agenda, the move of the British side will also bring huge economic interests to the country. While the UK may be in dire need of talents and capital, it should not have made use of the BNO passport as a ‘political cover-up’.”

Beijing said it will not accept the BNO passport as proof of identity and that China reserves the right to impose further measures.

Hong Kong nationals are required to use their own passport or an ID card to leave the region. To enter mainland China, they must produce a Home Return Permit, issued by Chinese immigration, unless using a foreign passport and applying for a visa to enter as a foreign national.

The only time a BNO passport might be used is when arriving in the UK or another country that recognises the document.

The spat between China and the UK over the visa has been described as ‘symbolic’, with Beijing showing utter contempt for Britain making it easier for BNOs to live in the UK, and threatening to retaliate.

Although China is refusing to recognise BNO passports, most people with BNO status hold a Hong Kong passport anyway, which means they don’t need a BNO passport to apply for the UK’s new special visa, only BNO status.

However, the row has been mooted as a sign of things to come. There are rumours circulating that BNOs could be banned from holding public office positions and voting rights could be restricted, while further measures could make it increasingly difficult for people to leave Hong Kong.

The British government has said that it remains determined to live up to what it describes as a ‘moral duty’ to protect BNOs, while China is likely to play hardball to prevent mass emigration from Hong Kong.

According to the Home Office, around 7,000 people from Hong Kong have already been allowed to settle in Britain since July 2020 under Leave Outside the Rules, which allows the government to apply discretion over UK immigration rules on compassionate grounds.

For a five-year stay in the UK, the cost will be £250 per person or £180 for a 30-month stay. Meanwhile, Hong Kong nationals will be subject to the £624 per year Immigration Health Surcharge.

Applicants will need to apply online and book an appointment to attend a UK visa application centre. However, from 23 February, BNO passport holders with an eligible biometric passport can use a mobile app to complete their application from home. 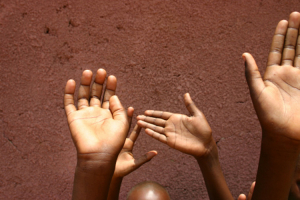 Comments (0)
Rwanda is making preparations to welcome children from the UK as part of controversial UK immigration plans . According to a report published by The Guardian, a hostel based in Rwanda’s capital city...