The UK's immigration authority has been criticised for detaining some asylum seekers who should be allowed to remain in the community and for keeping some people in detention for too long.

Mr Vine and Mr Hancock issued a joint statement in which they said 'we were pleased to find that in most cases the decision to detain was defensible and properly evidenced. However, despite much effort at improving the system, it is questionable whether the length of detention in some cases was necessary or proportionate.'

The presumption should always be that detention is only permissible where it is necessary for one of the above reasons. Inspectors examined a sample of 81 detainees to see how the UKBA and UKBF were measuring up against the law and against their own code of practice.

Detention only permissible when necessary

The report found that, where the UKBA or the UKBF decided to detain someone, this decision was normally taken in accordance with the rules. However, 'in some cases, it was clear that not all relevant factors were considered before someone was detained', according to the report. A quarter of detainees complained that no one had told them why they had been detained. The inspectors also found that, where foreign nationals were detained in immigration removal centres after being released from prison, the officials making the decision to detain did not, as they should have done, bear in mind the information held by the National Offender Management Service or in Offender Assessment System assessments.

The report states that the UKBA should review the decision to detain someone once a month. The inspectors found that in 24 of the 81 cases, at least one review was missed or was late. Many reviews did not consider relevant information during the review.

Over half of detainees had mental health problems, including stress, anxiety and depression. Those held for over six months were more likely to have these problems. Five of the sample checked by the inspectors had post-traumatic stress disorder. Others had been tortured. The reviews of their detention did not, as they should have done, consider their personal circumstances. One torture survivor was detained without being told why.

The inspectors found that the review process was not coherent. Each review was carried out 'in isolation from previous reviews and actions set previously were not checked for completion'. Those who were to be deported were not deported within 'a reasonable period' as the law requires.

The review also found that, in the case of those who had been in prison before being detained, the UKBA now held these people as a matter of course. The report said 'Detention of ex-prisoners appeared to have become the norm rather than a rigorously governed last resort'. This is not permitted under the law.

The report recommends that
• The UKBA should conduct detention reviews on time. UKBA staff should consider all relevant facts and factors in favour of and against detention and these should always be recorded on the case file.
• The UKBA should put a system in place so that every case is managed in accordance with an action plan which ensures that some progress is made with every monthly review.
• Torture survivors should only be detained in exceptional circumstances.
• An independent panel should consider the cases of people held for more than a certain period of time.
• The cases of foreign nationals who have been held in prison should be considered, where possible, while they are in prison. The review found that a failure to act while the applicant was in prison leads to a further period of incarceration which may be unnecessary. Relevant assessments from NOMS should be considered. UKBA staff should release them unless there are specific reasons why not, as the law requires.
• Detainees should be informed why they have been detained and staff should check that they have understood.
• No one should be detained unless a proper assessment of all relevant factors has been carried out.
• All detainees should be informed of their right to apply for bail with each monthly review. They should be told how to apply too.
• Detention reviews should be conducted on time. After each review, a summary of the points considered and a note of progress made on any of those points should be placed on the file and should consider previous reviews of the case. Each review should build on the work of the previous review so that progress is made with the case.
• Asylum claims should be conducted 'in a timely manner'.
• The UKBA should keep orderly files and should have a file review system.

A UKBA spokesperson said 'We are pleased that this report notes the progress which has been made.' He continued 'Prior to [the report's] publication, we had identified several of the issues raised and begun to address them'. 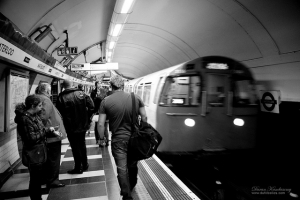 Comments (0)
The UK's chief inspector of immigration, John Vine, has issued a final damning report into the workings of the UK Border Agency (UKBA) which was abolished in March 2013. He found that, while there...