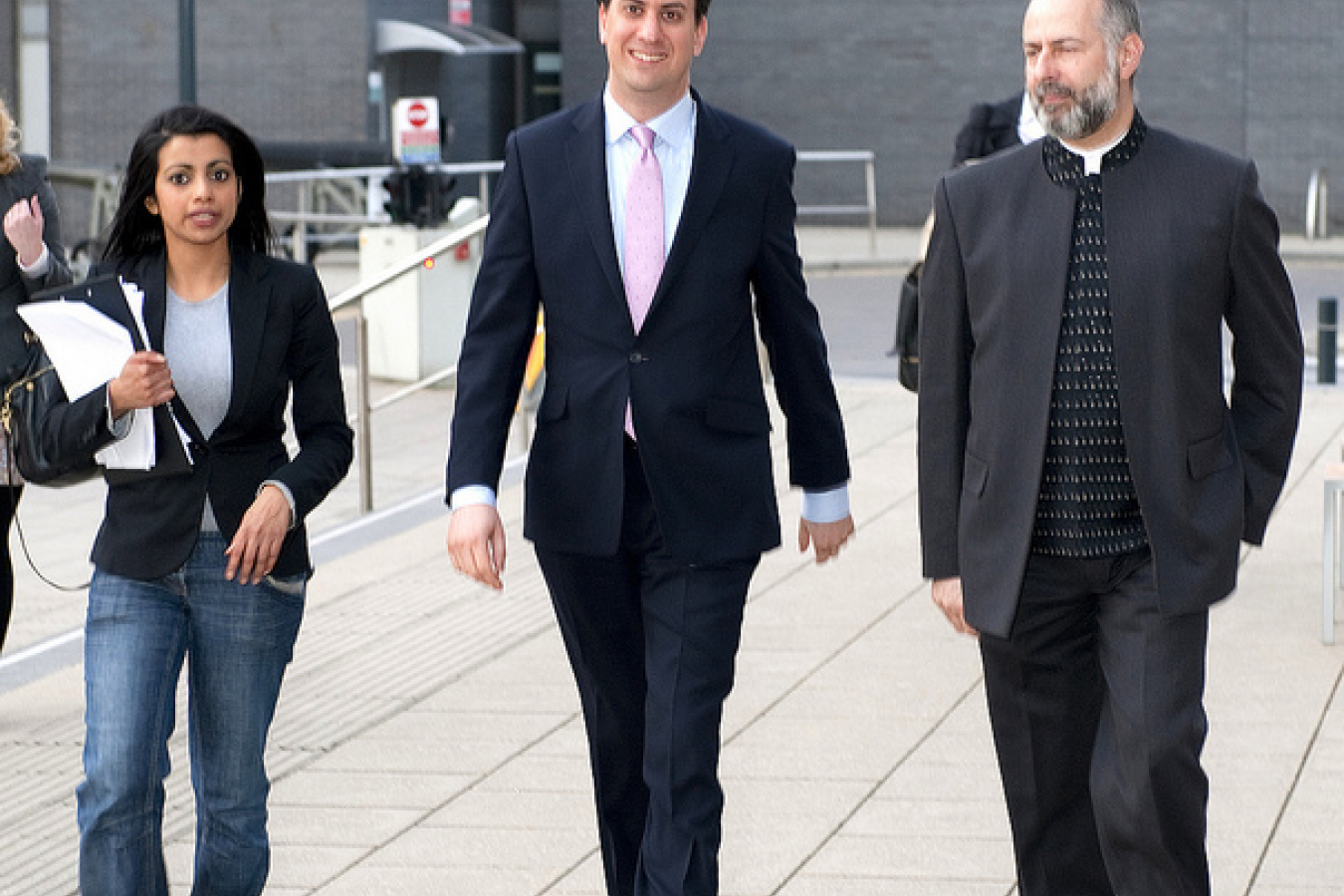 Ed Miliband, the leader of the UK's Labour opposition gave a speech on 14th December 2012 in which he said that the last Labour government had made mistakes in its immigration policy when it was in power between 1997 and 2010. During that time, it is believed that four to five million people from overseas came to live in the UK. Critics of Labour allege that the government had an 'open-door immigration policy' which allowed mass immigration to continue unchecked.

Mr Miliband said that mass immigration had caused problems in the UK. He said that the last two Labour prime ministers, Tony Blair and Gordon Brown, had been wrong to imagine that people from around the world who came to settle in the UK would automatically get along together. He said that the speed of immigration meant that some social cohesion had been lost. He said that Labour had done good things on immigration. For example, it had introduced citizenship ceremonies. However, he said that the party had been overly optimistic in thinking that the connections that make up society would 'take care of themselves'.

Mr Miliband said that, if elected, his Labour government would have a 'strategy for integration' which would be rooted in real life and would assist real people living real lives. It would focus on improving immigrants' language skills to help them to participate in society.

Integration not the only answer to immigration

Mr Miliband said that he disagreed with those who thought that 'integration' was the only answer to mass immigration. He said that it was not necessary for people to lose their differing identities. He said that his own example - Mr Miliband is Jewish - showed that it was possible for people to become part of British society without losing their pride in their heritage. However, he said, it is vital that immigrants should learn English in order to enable them to prosper and to become part of society.

Mr Miliband also said that it was necessary to ensure that the native British population was protected from negative effects of immigration.

He said that, if he was elected, his Labour government would
• give immigrants more help in learning English
• make immigrant parents responsible for their children's education to ensure that they learnt English
• consider banning anyone with poor English from any public facing job in the public sector
• Ban employers from advertising jobs to one ethnic group only
• Introduce transitional controls to ensure that there would be no repeat of the mass immigration from Poland and eastern Europe after 11 countries joined the EU in 2004
• Prevent too many people from living in one property. When too many immigrants lived in one house, he said, it was not surprising when their neighbours didn't like it

On 29th November 2012, the opposition finance spokesman Ed Balls told politics.co.uk, a UK political website, that Labour would be adopting a tougher policy on immigration. 'I think people need to know that Labour recognises we didn't get everything right and will have tougher controls' he said. This move was probably made in response to a poll carried out by polling organisation YouGov in October 2012 that suggested that Labour may have lost 4m votes because of a perception that it had an 'open door immigration policy'.

Mr Miliband denied that his announcement was a 'dog whistle message' designed to win back the votes of those who had left the Labour Party and now voted for more anti-immigration parties such as the UK Independence Party and the racist British National Party.

It is interesting to note that Ed Miliband's grandparents were Polish Jews who emigrated to Belgium. Ed Miliband's father Ralph Miliband was a prominent Communist intellectual and was born in Belgium; he left for the UK in 1940 to avoid Nazi persecution. If the UK had similar immigration controls in 1940 as it has now, perhaps the Miliband family would not have been allowed entry to the UK.

Labour listening to the elderly

Sadiq Khan, Labour's shadow justice minister and like Mr Miliband the son of immigrants, told the BBC that the Labour Party was responding to the wishes of the elderly in announcing that those with poor English might face losing their jobs; 'you've got a lot of care workers doing excellent work, some of whose English isn't proficient and there's been concern expressed, especially by the elderly, who obviously speak and understand English, not being able to communicate with their care sector workers,' he said. Mr Khan continued, 'It's a simple thing; your ability to talk to your neighbour; if you're a parent, your ability to communicate with the teachers at your primary [school]…relies upon a good grasp of English.'

The UK immigration minister Mark Harper, responding to Mr Miliband's speech, said that the Coalition government was working hard to try to rectify the mistakes made by the Labour Party when it was in power and had already taken steps to tackle language as a barrier to integration by introducing language tests for migrants from outside the European Economic Area.

David Cameron, the UK's prime minister, who was attending a European Union summit in Brussels, said 'They (Labour) presided over a completely broken immigration system that, over ten years, allowed 2 million people net to come to the UK….the challenge for Ed Miliband is; 'will you now support these steps [to limit immigration] that you opposed and for 10 or 13 years refused to put into place.'