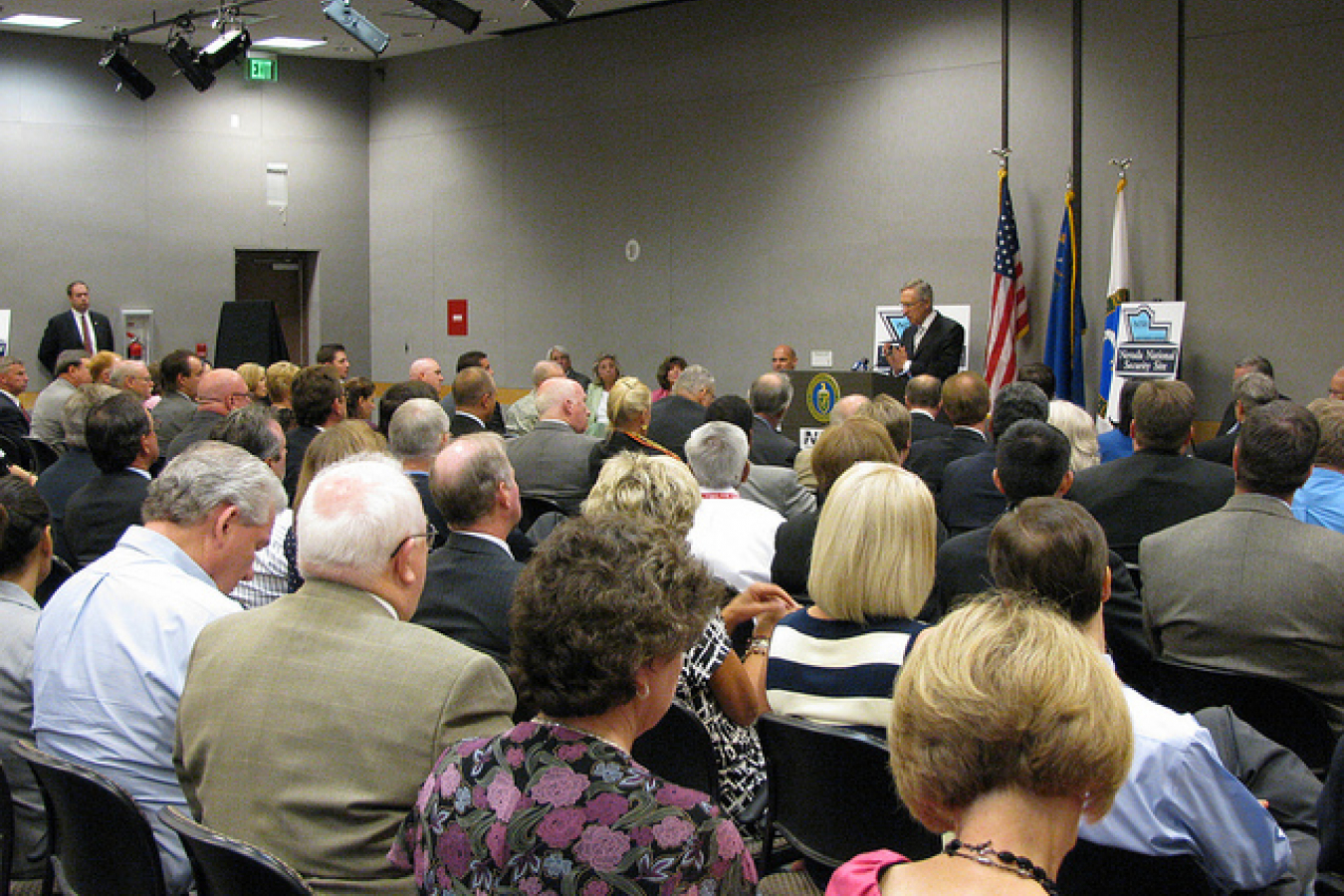 Democratic leader in the US Senate, Senator Harry Reid, has suggested that the Republicans in the House of Representatives (or 'the House' as it is known) should pass immigration reform before August 1st 2014 but, because they say they don't trust President Obama to apply the law correctly, they should stipulate that the law will not come into force until 2017, after Mr Obama has ceased to be president.

The speaker of the House of Representatives, John Boehner, has told journalists 'One of the biggest obstacles we face is the one of trust. There's widespread doubt about whether this administration can be trusted to enforce our laws and it's going to be difficult to move any immigration legislation until that changes'.

To counter this problem, Mr Reid told journalists that he had said to Mr Boehner 'I've got a deal for you. Pass it now and have it go into effect in January 2017. That way, we would have a new president by then and their complaint has been that they don't trust Obama'.

Mr Boehner's support for any legislation is vital because, as speaker of the House, he decides what bills it votes on. All legislation must be passed by the House and the Senate to become law.

But Mr Reid added 'I don't think he (Boehner) will respond'.

Mr Reid cast doubt on Mr Boehner's assertion that he does not trust the President and said his refusal was actually caused by internal politics in the Republican Party. He said 'the reason why [Boehner] isn't doing anything is because he has a caucus that is split right down the middle'. ('Caucus' is a word used in the US Congress to describe the members of a legislative body of one party, in this case, Republicans in the House)

This is true. To become law, a bill must be passed by both the Senate and the House of Representatives. The Border Security, Economic Opportunity and Immigration Modernization Act was passed by the Senate in June 2013. It was drafted by a bipartisan group of senators (four Republicans and four Democrats) but passed largely with Democrat support.

Since then, Mr Boehner has refused to allow a vote on the bill. He has claimed that he wants immigration reform to pass but has done nothing about it.

When he was running for office in 2008, some claimed that Mr Obama was born not in the US but in Kenya. If this were true, it would have disqualified him from being President.

Despite the fact that Mr Obama has presented his Hawaii birth certificate for inspection, some so-called 'birthers' continue to claim that this is a forgery and call for him to resign.

Others insist that Mr Obama is a Communist, despite all the evidence to the contrary and others still that he is a Muslim sympathiser or even a Muslim. The suggestion that Mr Obama may have pro-Muslim sympathies could potentially cause problems for him because of the powerful pro-Israeli lobby in the US.

First Whether or not you agree with Mr Obama's politics these statements about him do seem to be somewhat ridiculous. There have also been accusations of racism against those who have made these sort of remarks. Mr Obama is America's first African American President (although technically he is "half-white").

Mr Obama has faced equally stubborn opposition from Washington Republicans since he came to power on almost every issue that he has tried to address. This is largely because his inauguration as president coincided with the rise of the radical Tea Party movement, a loose grouping of right wing activists who favour reductions in taxes and a curbing of the power of government. (Many Tea Party members are also birthers).

The Tea Party has a disproportionate influence on the Republican Party. Some 150 Republican Congressmen and Women (out of around 280) claim to be Tea Party supporters and others live in fear of being opposed by a Tea Party backed rival.

Consequently, Republicans have opposed almost every initiative the President has tried to introduce.

And, because of the way that the US political system works, this has meant that almost no legislation has been passed for several years. To become law, legislation must be passed by both houses of Congress. The Republican speaker of the House whose party has a small majority in the House has refused to allow a vote on immigration reform legislation passed by the Democrat controlled Senate.

Democrats have since become less likely to compromise themselves and consequently, whenever legislation is introduced by a Republican, Democrats oppose it and vice versa.

When it comes to immigration , numerous bills have been passed in either the Senate or the House but cannot get a majority in the other house. The Border Security Act passed by the Senate last year would, if it became law, introduce

Mr Boehner says that he wants to pass reform and many of the provisions of the bill are in accord with the Republican 'Principles on Immigration' which Mr Boehner wrote and published in January.

But many Tea Party Republicans would not stand for the establishment of the 'pathway to citizenship' for illegal migrants.

Many on the right in the US oppose the creation of the pathway to citizenship on the grounds that it would reward criminal behaviour and encourage further illegal immigration in future.

But it cannot be a total coincidence that almost all Tea Party members are white Republicans whereas illegal immigrants tend to be Hispanics who would be likely to vote for the Democrats.

Therefore, Tea Party Republicans oppose the Border Security Act and the 'pathway'. Most US citizens on the other hand, including Republicans, support the creation of the pathway.

Many Republicans fear that if they don't support the pathway, Hispanic voters will never vote for them again and they will never regain the presidency.

Republicans 'split down the middle'

This means that, as Mr Reid says, the Republican Party is split down the middle and Mr Boehner doesn't want to cause internal warfare in the party.

Mr Reid said 'if {Mr Boehner] brought it to the floor, it would pass overwhelmingly. He would get all of the Democrats [voting in favour of the bill] and I think he'd get a majority of the Republicans, too, if he'd let them vote on it'.